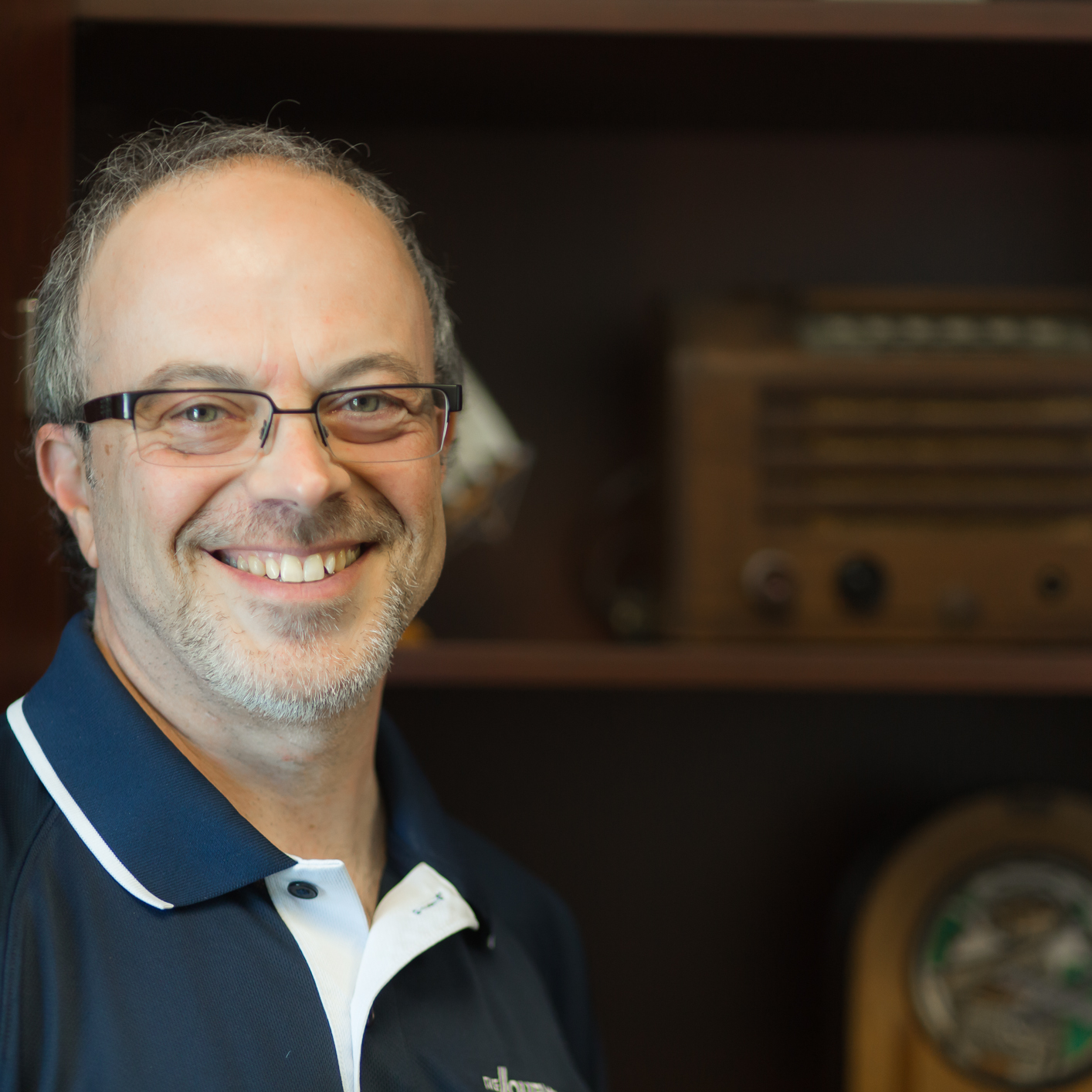 Mike and his wife Donna are originally from the Boston area, so Mike is a "fair weather (not weathered)" Red Sox Fan, for sure (depends on how the season is going). Mike & Donna have three grown sons and two somewhat grown Cocker Spaniels, George & Gracie.

Mike's radio background includes a few different formats but his favorite is the Contemporary Christian Format. As the newly-named general manager, Mike is excited about what God has in store for The Journey community in the years ahead!

In his spare time, Mike loves swimming, golf and being a gym rat.

One of Mike's life verses is Proverbs 3:5&6: Trust in the Lord with all of your heart and do not depend on your own understanding. Seek His will in all you do, and He will show you which path to take. (NLT) 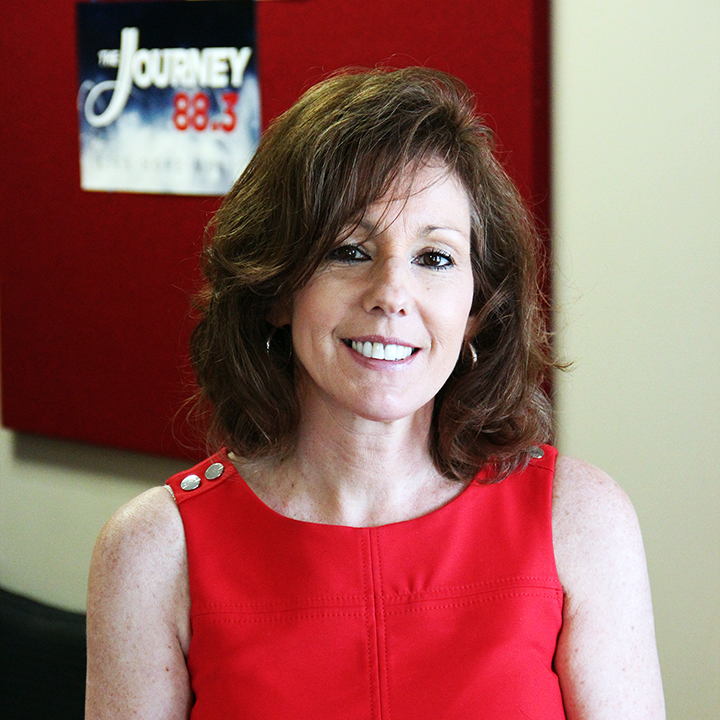 Trish joined The Journey team in 2016. She and her husband, Greg, have four children; a son having graduated Liberty University, two daughters currently attending, and a son to begin next year.

Trish is originally from Michigan, but through her husband’s employment, the opportunity to call several states “home” has been rewarding. One of their favorite states, Indiana, home to the Indianapolis Colts, allowed the opportunity to attend football games and cheer on their long-time, beloved football team! 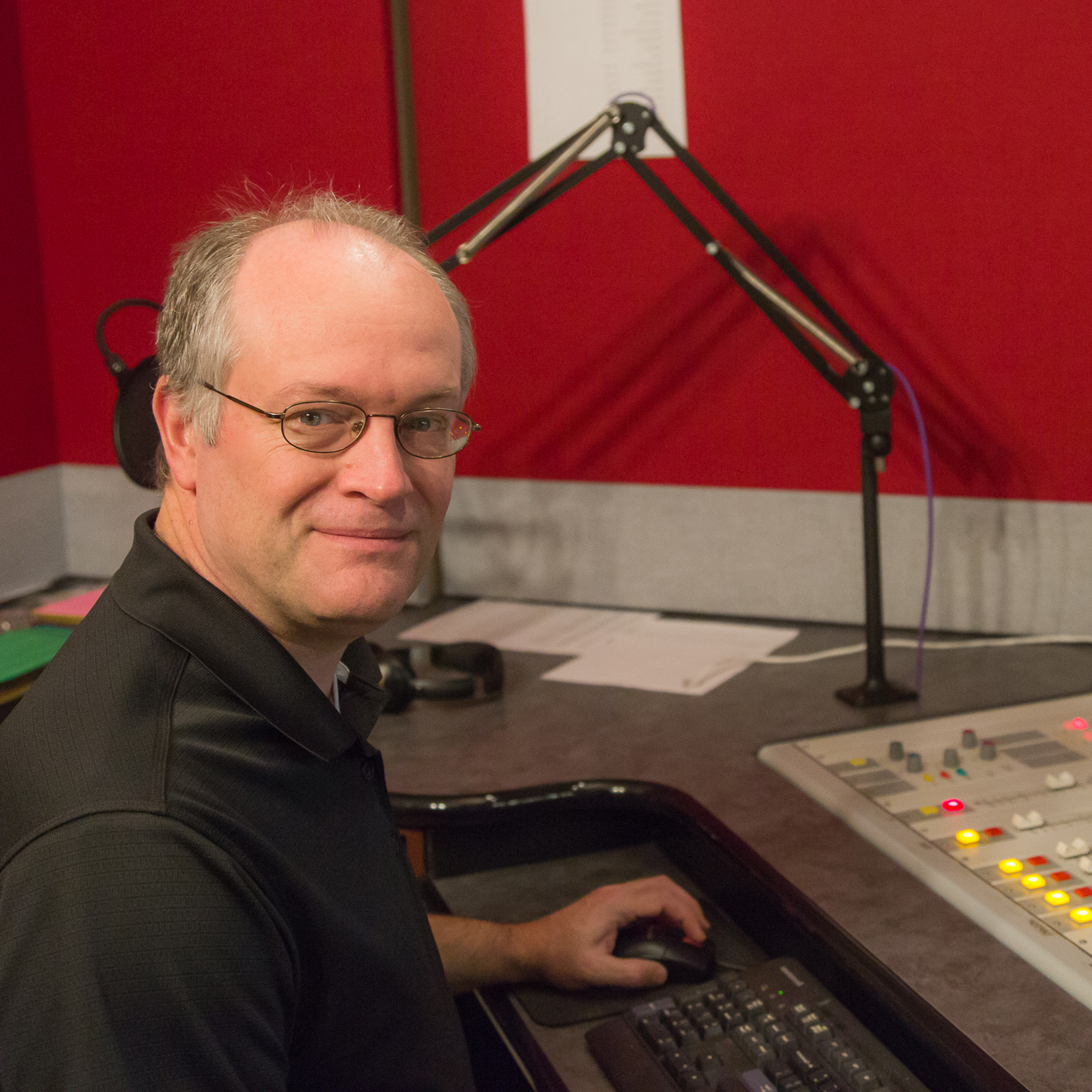 Mark Edwards began working for the station part time in 1984.  He joined the staff full time in 1988, working as a reporter and anchor in the news department.

He later became the news director and served in that position until 1997.   He now serves as the production director. 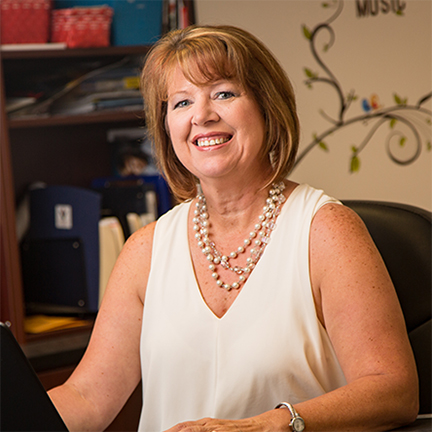 Pattie Silverthorn joined the team in 2011 as the Marketing and Promotions Director.  Pattie grew up listening to the station and lives with her husband and two children on Liberty Mountain.  Pattie has 15+ years working in radio and marketing.  She focuses her talents on increasing The Journey's connection within the community and building relationships with Business Partners.

"I'm so grateful to be "LIVING IN THE RAIN" of God's blessings. From my husband, my children and to the ministry opportunities God brings my way, I'll never be able to thank God enough!" 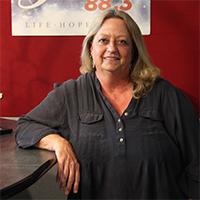 Susan joins the Journey Team with over 20 years of experience in accounting/human resources.  She also holds a degree in Criminal Justice.  Susan and her husband Keith live in Madison Heights with their little Diva Chihuahua, Lexi.  They have two daughters and three grandchildren.

Susan loves to cook and does a bit of catering when she can.  She is also an avid reader.

The devil saw me with my head down and thought that he had won......then he heard me
say AMEN !!!

Becky enjoys anything to do with real estate (buying, selling, remodeling, etc.) and enjoys serving people throughout her community in this field. Becky loves watching her kids grow and is humbled by the grace that God gives her and her family each day! Becky looks forward to growing relationships and making connections with The Journey donors and their families. 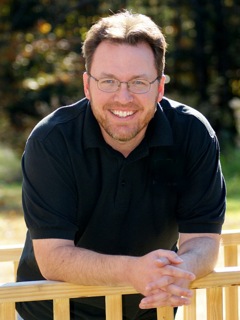 Kenny started in radio in 1987 at the age of 17.  The radio road has taken he and his family from Washington, D.C. to Fredericksburg and Richmond then all the way to South Florida and then north to New England! Christian radio is where Kenny started but ventured into mainstream radio through the 90’s and early 2000’s.  He is thankful that God brought him back to his roots to serve Him!

Kenny and his wife, Adrienne, were married in Fredericksburg back in 1994. His daughter, Devin, was born there in 1997.  Devin is now in college in New York and plans to go on to medical school after graduation. Kenny’s family is currently dog-less after having had two Yorkshire Terriers. One, Marty, for 15 years!  He was a big part of the family.  Kenny and Adrienne hope to get another Yorkie, or two, after Devin finishes college.

Kenny likes sports.  Particularly college football and Formula 1 racing.   He and Adrienne enjoy attending sporting events and have attended football and baseball games all across the country!  They love going to Liberty University Flames games in Lynchburg. You can often find them at LU football, basketball, baseball and softball games.

Brittany has worked in TV since graduating from Liberty University in 2012 with a bachelor’s degree in broadcasting and communications. After graduation, she went to her hometown of Chesapeake, Virginia to work at WTKR as a sports producer and editor. She came back to Lynchburg in 2013, where she was the host of Living in the Heart of Virginia, on ABC 13. In 2016, she graduated with a master’s degree in Strategic Communications from Liberty University. Brittany is thankful that God gave her the opportunity to become a part of The Journey and work in radio for the first time.

Brittany and her husband Phil were married in Chesapeake, Virginia in 2013. Currently, they do not have any kids but would like them in the future. They do have a dog, named Guinness, a Rhodesian Ridgeback/Boxer mix that just celebrated his second birthday. They have enjoyed making Lynchburg their home. Phil and Brittany recently bought their first house and truly love the Lynchburg community.

Brittany loves being outdoors and taking on new challenges. Hiking, kayaking, and scaling buildings, are some of her hobbies; being active is what it’s all about! You can often find her trying new foods or cheering on her favorite sports teams.

Laura lives a life FULL of adventure…and she usually has an overbooked calendar to prove it.  Her adventures include being born in Ohio, raised in Alaska, and thawing out in Florida - and she is thrilled to be a part of The Journey Family.   Laura has served radio stations all over the country for the last 30+ years, and enjoys sharing about what Jesus has done in her life.

She is crazy about her Hubby, Q, their daughter, Hosanna, and their multiple fur babies; 3 tiny dogs, (ZOEGirl, Mia, Kaso) 2 feisty cats (Hope and Bunny), and yes….a pet rat (GusGus).  Laura and Q are currently on the road to fostering and adopting children and cannot wait for the moment that their first little one is placed into their arms.  They are also in the middle of flipping a house!

Laura has a great sense of humor and loves to LAUGH OUT LOUD!  You may hear Laura share her favorite quote: “God is working all things out for your good.  So if it’s not good, it’s not the end.” Brant is a husband and dad, and he's won multiple awards for his radio hosting skills.  He co-hosts his show with Sherri. Brant says, "Sherri's not just a radio talent, but a person with a love for Jesus, an inordinate amount of wisdom, and – let’s be honest, here – the most infectious laugh we’ve all ever heard."

Brant's show is home to "misfits."  He says all are welcome at the table and there is no one perfect but Jesus.