For the past three years, Liberty University has presented the Chancellor’s Awards for Excellence in Teaching. Recipients are formally honored at Commencement and receive monetary gifts to demonstrate Liberty’s strong commitment to outstanding teaching in both the residential and online classrooms. Winners are chosen from a pool of nominees by committees comprised of deans from seven areas of discipline.

“Liberty University depends on a strong and stable faculty to meet the challenges of working with today’s students academically, socially, and spiritually,” said Dr. Ron Godwin, Liberty’s provost and senior vice president for academic affairs. “This award is the highest honor for graduate and undergraduate faculty at Liberty University. It recognizes superior accomplishments by online and residential faculty who express their dedication to the development of student faith, thought, and character through enthusiasm, creativity, and innovation in teaching and learning, and the effective use of instructional technology.”

2012-2013 Chancellor's Awards for Excellence in Teaching 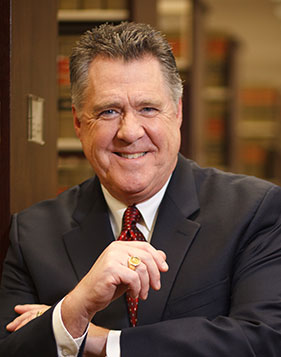 Kirk came to Liberty in 2003 after a more than 33-year career in Digital Media (radio & TV) across the country. He worked for FOX, ABC, NBC, CBS, and CNN affiliates. His career included interviewing two U.S. Presidents (George H. W. Bush and Bill Clinton) and also winning five TV Emmys for reporting, investigative journalism, and spot and feature news. Kirk anchored more than 10,000 newscasts and interviewed more than 12,000 people during his media career. He teaches Digital Media in the School of Communication and the Creative Arts, which includes radio, TV, and journalism writing, as well as overseeing 90-Seconds Around Liberty, Top Plays of the Week, and the campus radio station 90.9-FM The Light (WWMC). He has a contract with textbook publisher Kendall/Hunt to write a book to be released in 2014. He has an M.A. in Communication and is currently ABD (all but dissertation) toward completion of his doctorate in Educational Leadership. 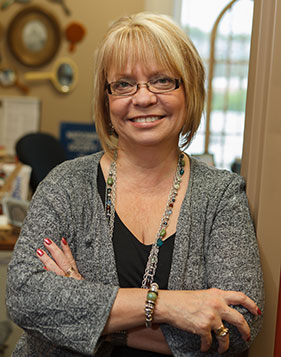 Towles was born and raised in Weatherford, Texas, where she married David Towles. In 1976, they moved to Lynchburg. She completed her bachelor’s degree in English at Liberty University, her master’s degree at Lynchburg College, and her doctoral course work at Indiana University of Pennsylvania.  Currently she is the chair for General Studies English and is the master teacher for the resident English 101 program. She and her husband have three sons: a bank president, a Navy officer, and a Liberty English professor. Their sons have given them three wonderful daughters-in-law and nine grandchildren. 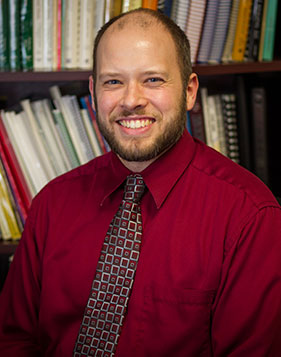 Beavers is active as a guitar soloist, chamber musician, scholar, and teacher. He has performed in Europe as well as in North and South America. He has appeared as a guest artist at the Asolo Song Festival in Italy, the Alexandria Guitar Festival near Washington, D.C., and the Saudade Festival in Central Virginia. Beavers serves on the Board of Trustees of the Guitar Foundation of America. He writes a Guitar Forum column for “Fingerboard,” the newsletter of the Virginia chapter of American String Teachers Association. His scholarly studies have included research on the music of Roland Dyens, which resulted in publication in “Soundboard.” He has lectured at the Guitar Foundation of America International Convention, the Virginia Music Educators Convention, the International Experiencing Villa-Lobos Conference, and the American String Teachers Association National Convention. Beavers serves as an associate professor of music and associate dean of the College of Arts and Sciences. 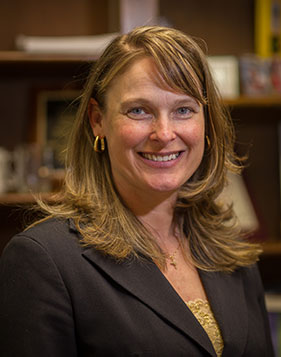 Beam is director of Liberty University’s Secondary Education Licensure Programs. She has been a public special educator and administrator of elementary and secondary schools in Virginia Beach, Va. Presently she teaches courses in special education, school law, and educational leadership, and has published on the topics of inclusion, leadership, Brain Gym, school improvement plans, business programs for special education students, and differentiation. She holds degrees from George Washington University, Norfolk State University, and Old Dominion University. 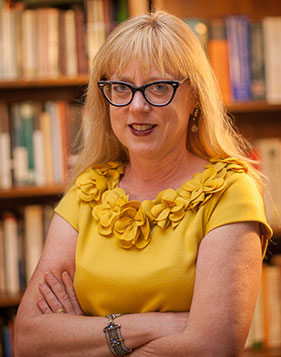 Prior, professor of English, earned her Ph. D. and M.A. at the State University of New York at Buffalo and her B.A. at Daemen College. She was the 2003 recipient of the President’s Award for Teaching Excellence and received the Sigma Tau Delta (LU chapter) Teacher of the Year Award in 2006. She was named Faculty of the Year by the Center for Multicultural Enrichment in 2010. Her scholarly work has appeared in “1650-1850: Ideas, Aesthetics, and Inquiries in the Early Modern Era;” “The Shandean;” and “The Scriblerian.” She is a contributing writer for “Christianity Today,” “The Atlantic,” and “Think Christian,” and the author of “Booked: Literature in the Soul of Me” (T. S. Poetry Press, 2012). Her writing has also appeared at Comment, Relevant, Books and Culture, and Salvo. Prior is a member of the Redbud Writers Guild and the Faith Advisory Council of the Humane Society of the United States. 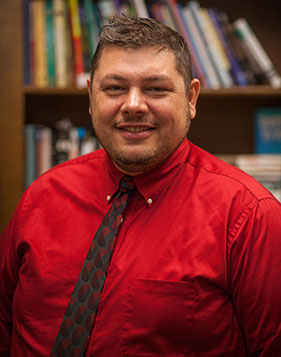 Yocum is an associate professor and research consultant for the Department of Graduate Education. He teaches various graduate-level research methods courses, advises doctoral candidates regarding research methods for their dissertations, and teaches some graduate and undergraduate level education foundation courses. Yocum is a former USAF Officer; he completed his B.A. in Psychology at the University of Kentucky, and his M.Ed. (Curriculum and Instruction), Ed.S. (Educational Leadership), and Ed.D. (Curriculum and Instruction/Diversity Studies) at the University of West Florida. Yocum has taught several grades in Florida public schools and has served as a Literacy Committee chair, grade-level chair, and lead teacher. Before coming to Liberty University, Yocum taught at the University of West Florida. Yocum is currently pursuing a mixed-methods research agenda that includes the intersections of religion, spirituality, and education, as well as additional research about perspectives of educational leaders, and the importance of choice in reading for middle and secondary school students. 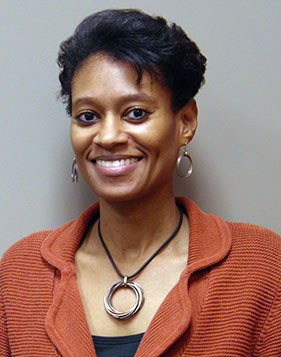 A proud Liberty alumna, Simpson began teaching in Liberty’s then-External Degree Program in 1997, began teaching residential English 100 courses as an adjunct in 2001, and became a full-time faculty member in 2002. She holds a Master of Arts in English Literature from Longwood University and is now in the dissertation stage of a Ph.D. in Composition and TESOL from Indiana University of Pennsylvania. In addition to teaching English 102 online and English 350 on campus, Simpson is the director of Liberty's Online Writing Center, the online chair for Introduction to Graduate Writing, and the assessment coordinator for the Department of English and Modern Languages. 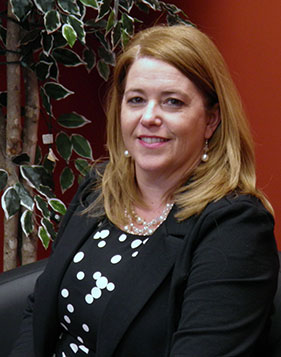 Allanson graduated with her B.A. in Elementary Education from University of Central Florida, Orlando in 1991. She returned to UCF in 2003 to earn her M.S. in Math Education, and later earned her Ed.S. from Liberty University in 2010. She is currently working on her Ed.D., also at Liberty. Allanson has 20 years of experience in the public school system and five years at the university level. Allanson teaches MATH 100, MATH 110, and INFT 101 at Liberty, and is very active in math education at her district, state, and local levels. Allanson has three children and resides in Lake Helen, Fla. 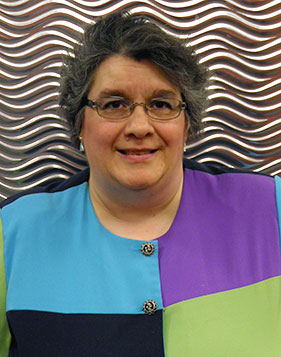 Smith has been with Liberty since 2004, serving in a variety of support roles for Liberty University Baptist Theological Seminary. She and her husband, Dr. Fred Smith, are celebrating 25 years of marriage this June. Mrs. Smith received her B.A. in English Education in 1984 and her M.A. in Religion and Education in 1989. As a freelance editor for academic publishers, she has worked with faculty authors and editors associated with Broadman and Holman and Harvest House.  She also directs the Sunday School ministry at her church. Smith teaches Bible electives for Willmington School of the Bible, a certificate program out of the School of Religion that offers students a Bible and Theology curriculum. She loves working with non-traditional students, who are sometimes older adults. Putting this passion into practice, she is currently returning to school after a 20-year hiatus to pursue a doctorate. 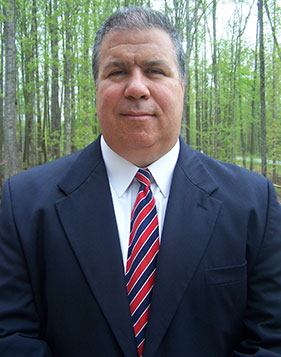 Claxton serves as a chair in Liberty University’s School of Education and teaches courses in educational leadership. A native of Atlanta, Ga., Claxton is a 1987 Liberty graduate and returned to Lynchburg after spending over 20 years in the Georgia public schools, including positions as a high school and middle school principal. He earned his doctorate and specialist degrees in Educational Leadership at the University of Georgia, his masters in Administration and Supervision at the University of West Georgia, and his bachelors in Human Resources at Liberty University. Claxton, his wife Bunnie, and their two children, Emi and Lee, live in Forest, Va. 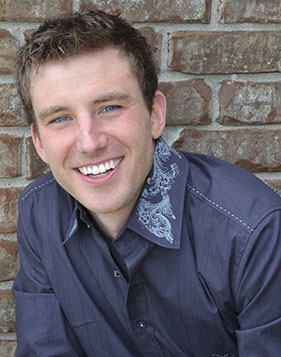 Straub, Ph.D., serves as an adjunct professor for Liberty University Online in the Center for Counseling and Family Studies and in the Psychology Department. As a speaker, author, counselor, and professor, Straub specializes in attachment and relationship research, the millennial generation, marriage and family, crisis and trauma, and spiritual formation. He is the coauthor of “God Attachment: Why You Believe, Act and Feel the Way You Do About God” (Simon & Schuster) and “The Quick Reference Guide to Counseling Teenagers” (Baker Books). Straub is certified as a trainer for Basic Group, Individual Crisis Intervention, and Managing School Crises with the International Critical Incident Stress Foundation (ICISF). He has trained thousands of professionals in Critical Incident Stress Management. Straub has used his experience and knowledge in the area of trauma to help people around the world, most notably in Rwanda, helping Rwandans recover from the 1994 genocide. 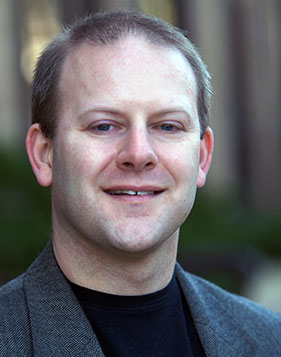 Alexander (Ph.D., University of Edinburgh) is an assistant professor of Church History at Liberty University Baptist Theological Seminary. The author of “Augustine’s Early Theology of the Church,” his other recent published work includes chapters on early North African Christianity and the Bauer thesis (with Dr. Edward Smither), and on Constantine and Donatism. Alexander particularly enjoys guiding his students toward appreciating the aspects of the early Byzantine and medieval Christian traditions with which they are unfamiliar. He has been given opportunities to research, write, and travel to teach on Augustine, early Christianity, and Christian doctrine and practice in missions contexts on four continents. Having lived in the Mediterranean world of early Christianity, David has co-led Holy Land and Pauline study tours to Israel, Jordan, Turkey, Greece, and Rome with his father, Dr. Ralph Alexander. Deeply involved in Bible translation efforts, David served as a board member on The Wycliffe Foundation and is a consultant for The Seed Company.