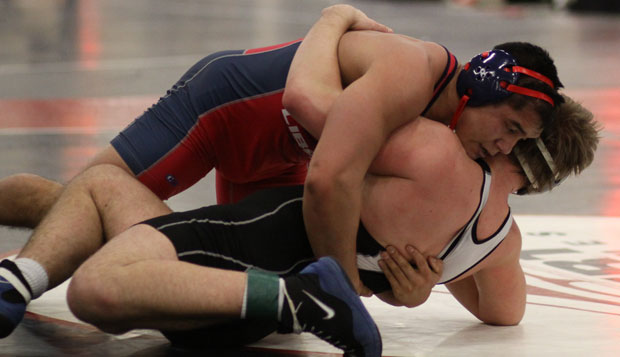 Defending National Collegiate Wrestling Association National Duals champion Liberty University rallied from behind to upset top-seeded University of Maryland-Baltimore County in the semifinals before falling to second-seeded Lindenwood-St. Charles in a finals rematch, 30-19, Saturday at the Georgia State Trade and Convention Center.

"I'm really proud of the kids," Flames head coach Jesse Castro said. "We weren't really expected to make it to the finals. It was probably the best we've wrestled on the season as a team."