Prayers needed for the Taylor family 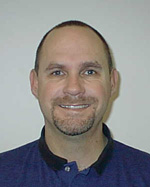 The Liberty University community mourned the loss of one of its own on Wednesday, as it was announced in morning convocation that Jeffrey O. Taylor, Assistant Professor of Health Sciences and Kinesiology, died in an accident at a Lynchburg College athletic field Tuesday afternoon.

Campus pastor Dwayne Carson led the student body in a prayer for the Taylor family and for the Lynchburg College family. Taylor's son, Jeff, is a junior at LC and plays on the baseball team.

At Wednesday's convocation, the last one of the year, Falwell spoke about the loss.

"We lost a great professor and we hate to end the year on a sad note like that, but we need to keep the family in our prayers over the summer," he said.

Falwell said he had received many emails and messages of condolence from students and graduates, some who had been influenced by Taylor to pursue the career they are now in.