Liberty University School of Music rising sophomore Caroline Segars was announced as a top 10 finalist in the Next On-Stage competition hosted by Broadway World.

In her first video submission, Segars sang “Astonishing” from the musical “Little Women.” She made the first-round cuts, then submitted “Monster” from the “Frozen” musical, “I’m Not Afraid Anymore” from “Songs for a New World,” and “Once More I Can See” from “Wonderland” in subsequent rounds. 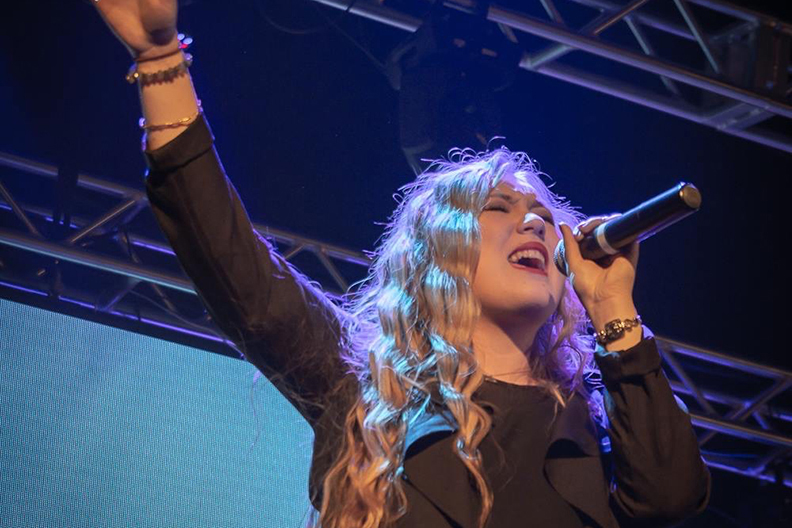 Next On-Stage is an online musical theatre singing competition for student performers sponsored by Broadway Records. The general public was able to vote for their favorite vocalist through a link on the Next On-Stage website. Anyone between the ages of 18 and 22 is eligible to enter the competition with the incentive for winning being a funded opportunity to release a single. Over 1,600 college students from around the country entered the contest this year.

“Through the different voting rounds, you are trying to get as many votes as you can,” Segars said. “They then narrow it down further and further, and I made it into the final 10 but was not voted into the top five.”

Through Liberty’s School of Music, Segars, who is earning her Bachelor of Music in Commercial Music: Artist Development, was also a part of the National Association of Teachers Singing competition (NATS) this past spring, where she finished in the final three in the female category. NATS celebrates the art of singing through competitions held every other year that are designed to showcase rising stars in the music industry. This year’s competition was held virtually due to COVID-19.

The Liberty roots of Segars’ family run deep. Her grandfather, Jacob Poole, was one of the school’s earliest donors who helped Dr. Jerry Falwell begin what is now one of the largest Christian institutions in the world.

“In the 1970s, when Jerry Falwell was trying to get the school started, he traveled to Gainesville, Ga., on one of his preaching trips and had a discussion with his friend, my grandpa, about donating,” she said. “I have loved my time at Liberty so far and the School of Music is an incredible part of the university, but knowing that my grandpa kind of helped start the school get off the ground was probably my main reason for coming here.”

Segars desires to use her vocal giftings and the techniques she is learning at Liberty to become a worship leader at a church after graduating.

“Whenever I am at School of Music worship events, I just feel so at home and at peace,” Segars said. “One of my dreams and passions is to someday be a worship leader. That could also mean being a recording artist someday as well.”

Segars, who is from Mebane, N.C., said she treasures the contemporary Christian tunes that she sings in church and hears on the radio.

“I enjoy theatre music, but ultimately contemporary Christian is my favorite. Liberty is a wonderful place to participate in that genre of music.”