Editor’s Note: Throughout the summer, Liberty News will shine the spotlight on members of the Class of 2020 leading up to Liberty’s 47th Commencement on Sept. 11-12. These graduates are marching onward as true Champions for Christ, entering their chosen fields equipped to be world-changers with a renewed hope for the future. 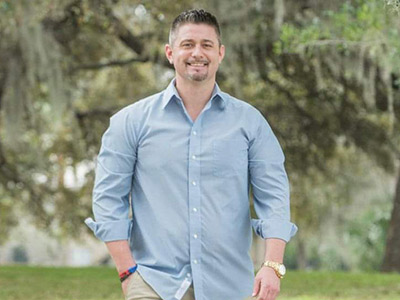 “I should just be getting out of prison because of my struggle with addiction to opioids. There is no way I should have a real estate license, an insurance license, and hold a master’s degree from one of the largest Christian universities in the United States.”

Brad Bowen, who recently received his Master of Divinity - Theology through Liberty University Online Programs, said his testimony shows that God does not give up on people, even if they have been through drug addiction, multiple arrests, incarceration, and rehab.

Bowen’s crippling anxiety began when he was 5 following his parents’ difficult divorce. After years of struggling to cope, he began using marijuana and alcohol at age 12.

Academically, he was a good student, but because of fighting, skipping school, and using drugs, he was expelled numerous times between elementary and high school.

That behavior led Bowen’s stepfather to exercise the Baker Act, a Florida law that allows for individuals to be involuntarily placed in an institution to receive mental health services.

“It was like a timeout for me when I was a teenager and I was detained many times over the years.”

Bowen graduated from high school in 1999 and college in 2005, and after a bitter ending to a nine-year relationship with his high school sweetheart in 2006, he decided to move to Hollywood, Calif.

“I wanted to party so I went to the middle of it,” he recalls. “There were angels and demons out there, and I danced with both of them.”

He began working at a five-star hotel and at a well-known nightclub, and his employer’s health insurance gave him access to a seemingly unlimited supply of prescription painkillers.

Already taking Xanax for his anxiety, he took advantage of a physician’s prescription for 60 Xanax and 60 Vicodin that Bowen said he could refill every 48 hours by calling the insurance company.

Bowen moved to Georgia in 2010, but he found that going from the gunshots and sirens in L.A. to the cows and birds in rural Georgia did not provide the healing he had hoped for.

“It was straight-up culture shock,” he recalls, “but because I could still get up to 120 pills every week through the mail, I brought the party with me.” 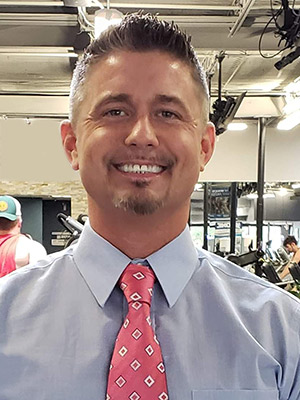 Bowen was working in a restaurant, dealing drugs and using up to 40 Vicodin, Percocet, and Oxycodone each day. A brief stint with heroin in 2012 caused him to enter rehab, but he checked himself out after nine days because he felt he had been cured of his addiction — until he found a bag of crystal methamphetamine on the sidewalk. He spiraled down again, into a two-week binge that sent him to the brink of death.

Resolving to get clean, Bowen stopped using pills, but after moving to Ocala, Fla., he fell into using crack cocaine and alcohol and was arrested six times.

It was nearly three years later that he said he had his “divine appointment day.”

While hiding in a bush to avoid arrest after an altercation with an old acquaintance over drugs, Bowen was found by a police dog who mauled his leg. He was briefly treated at a hospital and was jailed, but three weeks later he ended up at the hospital again with a bone infection and sepsis.

Five surgeries over 17 days saved Bowen’s leg — and his life — and it was during this time that he dedicated his life to serving God.

When Bowen appeared in court, he told the judge, “Your honor, you can see all of these charges stem from drug addiction, and I need help.”

Six months in rehab and 13 months in a halfway recovery house has turned into nearly five years of sobriety and a brand-new life.

He credits Psalm 91 with saving his life and leading him to serve God. “There is abundant life after addiction … it does not have to be the end of your story.” 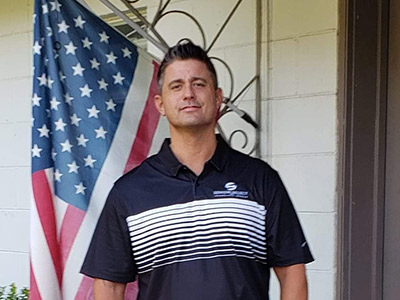 When he began his degree with Liberty two years ago, Bowen knew he wanted to help others who are struggling with addiction. Now, he counsels people in recovery and rehab and uses his ministry background to share the Good News of Jesus Christ as he travels around the southeastern states selling insurance and real estate.

Liberty University Online gave Brad the opportunity to obtain his degree at his convenience.

“It was tough,” he said, “but I loved it because I was able to do it from home. I worked 40-50 hours per week and then I’d come home and do my schoolwork. I highly recommend it. I was able to be home with my family and complete the entire degree online … I would do it again!”

“I’ve really learned that you never give up on people. There are good people who are struggling with anxiety and addiction. It is never too late to help.”