Taking advantage of the wide-ranging opportunities open to students in Liberty University’s digital media program, Kelsi Holstein (’18) forged her path to her current position as a television producer for the Trinity Broadcasting Network (TBN), working with the nationally syndicated Eric Metaxas Radio Show. 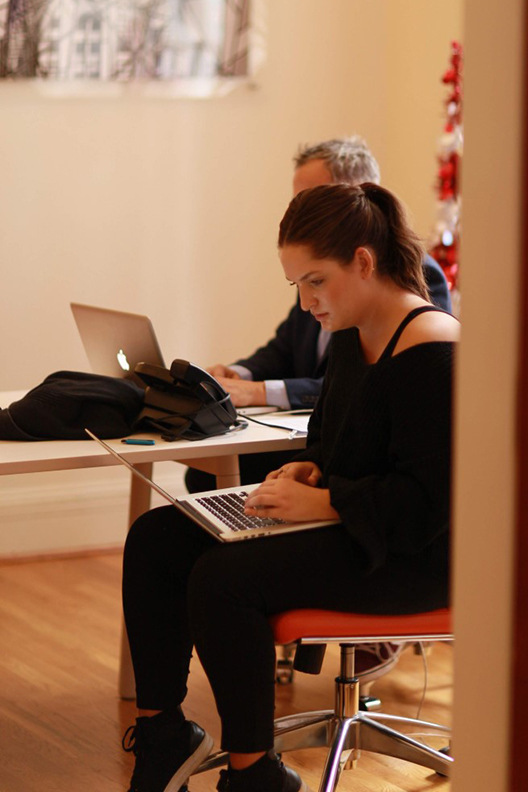 As a digital media: performance student, Holstein had an interest in the world of television production and filled multiple positions on the set of the Liberty Flames Sports Network, which allows students to apply their classroom knowledge in a hands-on studio environment.

Holstein said her courses in audio editing and radio production, coupled with a brief time working with Liberty’s on-campus radio station, 90.9 FM The Light, helped diversify her skill set for a future career in the radio industry.

“My professors were always ready and willing to answer questions to make us as well-equipped as possible,” Holstein said. “The hands-on nature of the program also really helped me see the sides of production, rather than just the theory of it, and how to actually do the work.”

When she reached her senior year, Holstein profited from the guidance of Liberty’s Career Services for assistance on resumes, cover letters, and job interviews. In the summer of 2018, following her graduation, Holstein began an internship with TBN through Liberty’s New York City Fellowship. She worked with booking, floor directing, and hosting guests, as well as shadowed other positions.

At the conclusion of the internship, TBN offered Holstein a full-time job as a producer for its new weekly television broadcast that features highlights from the Eric Metaxas Radio Show.

“Gaining that experience in New York City let me dip my toes into the city and see if it was something that was for me and that I wanted to stay in,” Holstein said. “When I did get there, I fell in love with the city, and that laid the path to now working there.” 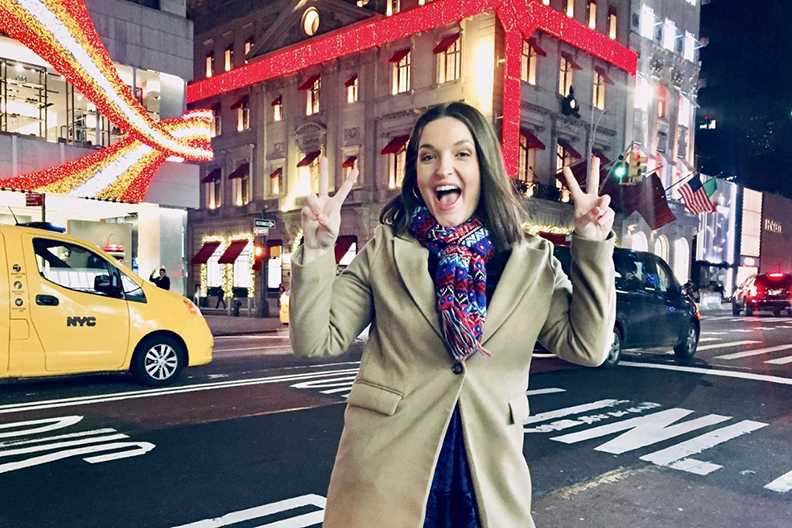 New York Times bestselling author and cultural commentator Eric Metaxas had been broadcasting his daily two-hour radio program for three years when Holstein started her job, but her team from TBN coordinated with the radio show’s producers to create a new 30-minute weekly television re-broadcast of the show’s top segments beginning in December 2018. The broadcast features high-profile guests and compelling perspective on American culture, political life, and stories making news around the corner and across the globe.

“We pull segments we think the audience will like the most and broadcast it on the weekend,” she explained. “On our TBN show, it’s not as politically focused as his radio show necessarily, but we try to cover a wide range and keep our audience interested. Eric calls his show a show about everything, so it really does span a lot of topics.”

Holstein does the floor directing of all of the productions in-studio, helps book guests, and coordinates other aspects of the production. She said her internship allowed her to build her abilities by immediately applying what she’d learned.

“As an intern, it was in a way what I’m doing now but on a smaller scale,” she said. “In my internship I learned the tasks, and now I’m doing those same tasks on a daily basis.”

In addition to the New York City Fellowship, Liberty also offers the Washington Fellowship, where students can complete semester-long internships as they live and work in the nation’s capital. For more information, email careers@liberty.edu.