Liberty University students Sam and Becca Marsh had everything they needed for their wedding day after getting engaged last July — a venue, a guest list, the attire, the rings, and a calendar marked for May 30. 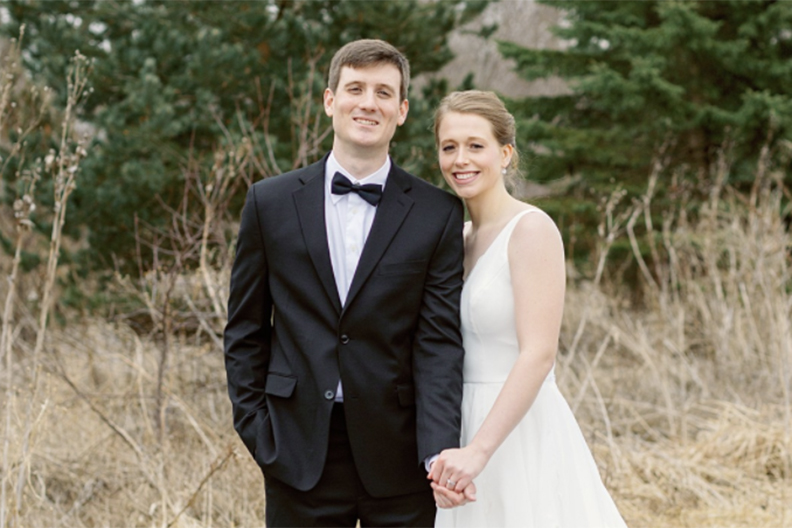 With Becca graduating with her degree in business administration: project management in the spring and Sam finishing up his junior year as a religious studies major, they chose a date that would allow them to complete their coursework before celebrating their new life together with roughly 350 friends and family.

But like many engaged couples across the country, the COVID-19 pandemic caused them to adjust their plans. The young couple made the decision to hold their wedding on March 27 in the living room of Becca’s family home in Rochester, Minn., attended by 10 members of her family who already lived in the area. 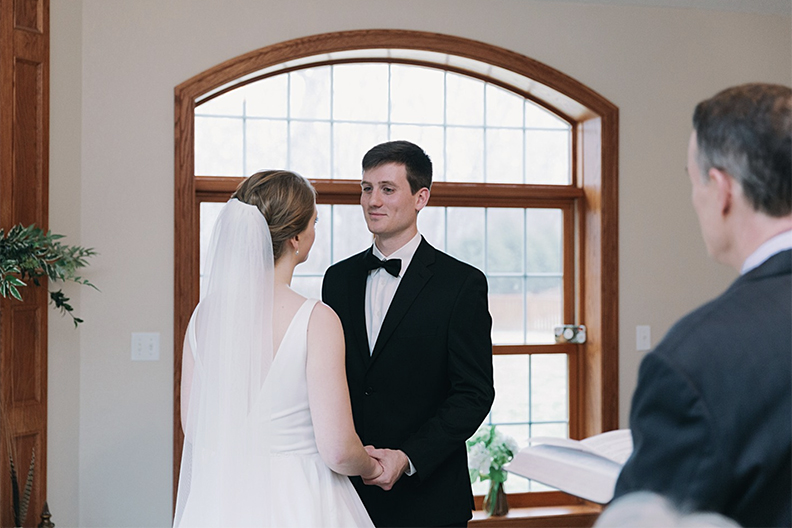 “We had everything we needed for the wedding — her dress, my suit, the wedding rings, and our license back in February — and we were just waiting for school to let out,” Sam added. “As soon as Liberty decided to move to online classes (March 16) and allow students to go home, we just decided to get married in March.”

Becca’s father, a Minnesota pastor who has officiated all of his children’s weddings, conducted the ceremony with Becca’s siblings, a set of grandparents, and an aunt in attendance while Sam’s family in North Carolina and other loved ones watched through FaceTime and Zoom. After asking him the day before, Becca’s grandfather walked her down the aisle.

Becca said her wedding day was an event that she had officially been planning for eight months and dreamt about since her childhood. Even though the special day didn’t look the way she originally intended, Becca said that she and her new husband felt God’s peace in their decision.

“It was easy to let that go because we were confident as a couple and felt peace about it from the Lord,” Becca said. “We were in the palm of His will, even when we had our selfish plans, but I was so grateful to have my family there with us instead of just us two going to a courthouse.” 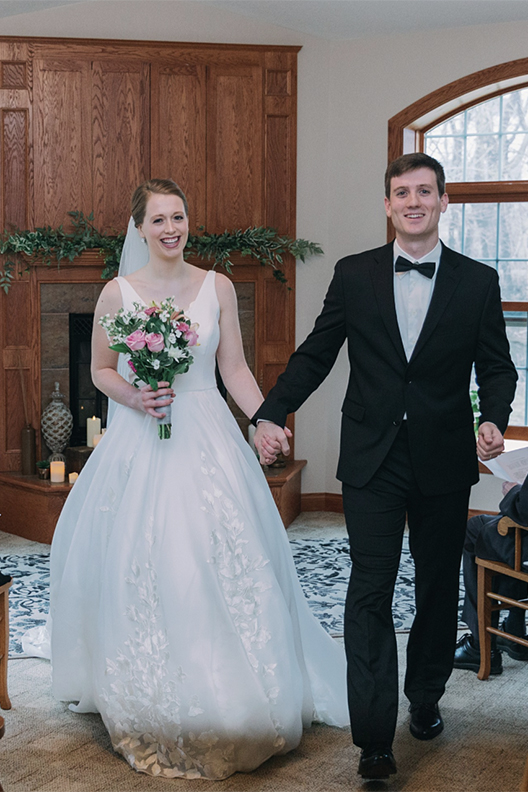 While the day did seem odd, standing in a living room instead of a large church setting, Sam said that it still felt right.

“It was definitely a very different day from what we pictured it was going to be,” he said. “Since July, we’ve been planning this big wedding at a church, so to have all of that change so quickly, having the wedding at a house, we said, ‘This isn’t where it’s supposed to be, but it still feels like this is what it’s supposed to be.’”

They will hold receptions in Minnesota, North Carolina, and Virginia at a time when social distancing laws are relaxed and they can celebrate their marriage in a larger gathering. The story of their wedding in the midst of COVID-19 reached the local news affiliates in Rochester, and the couple was able to share about their experience with the area’s newspaper and television station.

“All of the doors were opening for the Lord to allow us to do this, and we felt really at peace about it, so we felt like it would be selfish to keep this story to ourselves because it’s not really ours,” Becca said.

The couple has since moved into an apartment in Lynchburg, Va., where they will stay while Sam finishes his residential degree from Liberty and Becca starts a job at L3Harris Technologies planning supplies to build radios for first responders.