The Liberty University Worship Collective, led by Executive Director Kevin Huguley, is remaining focused on their goal of leading Liberty’s student body in worship despite not being able to do so in person due to COVID-19 restrictions.

During the school year, the Collective leads worship on campus at Wednesday and Friday morning Convocations and Wednesday night Campus Community, as well as at churches and events across the country on weekends. When they are not leading worship or traveling, the 62-member group is hard at work either practicing for the upcoming week’s events or songwriting. 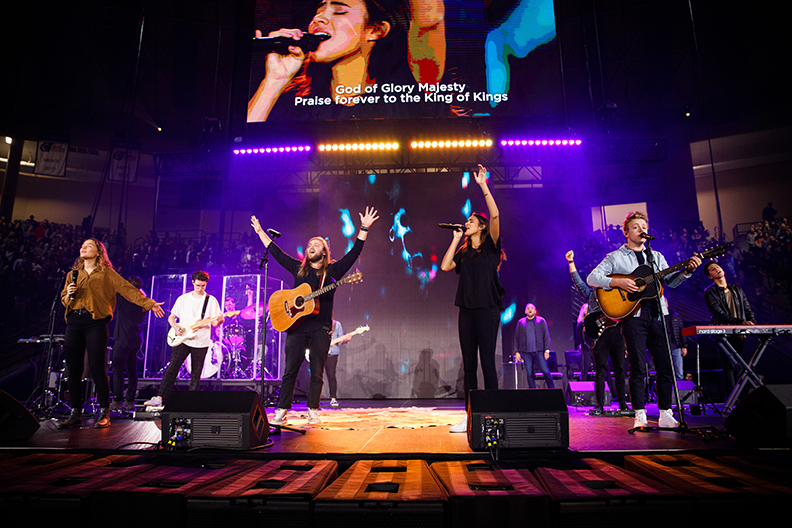 Due to COVID-19, Campus Community has shifted to an online discussion with Senior Vice President for Spiritual Development David Nasser and his wife Jennifer, but Collective members still lead worship to close out Convocations, also streamed online. The group is planning on displaying an exciting video during the final online Convocation of the semester on May 1. Recently, Collective members hosted a series of live worship sets on the group’s Facebook and Instagram accounts.

The Collective had travel engagements to California, Georgia, and North Carolina on their schedule for the remainder of the semester before COVID-19 health restrictions were put in place. Even though all of the travel tours were canceled for the spring, the group is using its time wisely during the pandemic by increasing their amount of songwriting.

“Spring is usually our biggest time for traveling because we usually get to go on a tour with Student Leadership University; we had a ton of tour dates planned for the spring,” said Judd Harris, a Worship Collective member who is also contracted by the Vertical Church Band in Chicago. “But we’ve also been ramping up our songwriting and have been trying to get some demos laid down for some songs in the works.” 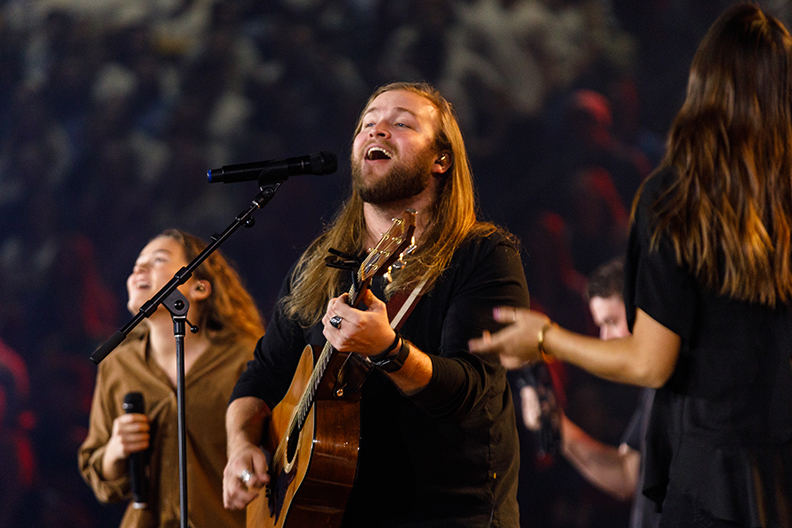 In the upcoming weeks, the Collective will be assigned to groups of two or three where they will coordinate to write a song and create a demo. Huguley said that Facetime and Zoom have been an incredible help to the group as the majority of their members are out of town.

“For us, a demo is not like a fully produced song but it is like a mildly produced song,” Huguley said. “After the students work on that, we’ll have a batch that we can send to our record label in Nashville. This time of the pandemic has actually afforded us more time for content creation.”

The Collective’s past content creations have included their 2017 original “Run” and the following year’s “Victory.” The Collective’s music can be viewed on both Spotify and Apple Music.

Huguley, who came to Liberty after pastoring for 10 years and traveling for 15 years with the worship band Rush of Fools, still leads across the world with his band when he does not have prior commitments with the Collective. He said he felt called by God to come to Liberty to raise the next generation of worship leaders by developing students to serve both on and off the platform, all the while writing worship songs to serve the global church worship movement.

He said that it is not uncommon for him to pass on the most elite talent in favor of a more mature believer who may lack in areas of proper musicality. Huguley understands that a spiritually healthy team is far more vital for the long-term sustainability of the Collective.

“I tell the newcomers during training week each year that we must operate under the assumption that they are all spiritually healthy. They have to tell us if they are not, because the team is simply too large for our staff to micromanage,” Huguley said.

“Students who are a part of our team obviously have to be talented and good at what they do,” he continued. “But you’ve got to find the healthy balance of executing your part while effectively leading worship." 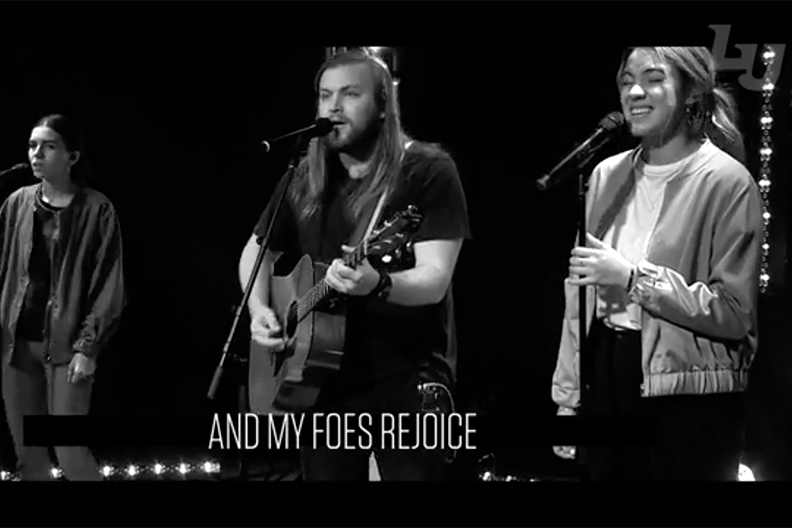 Huguley said that it is important for each member of the Collective, no matter their position on the platform, to understand they are all worship leaders and not just musicians specializing in a specific instrument.

The Collective will be looking to finish strong this spring before transitioning to what they anticipate to be an exciting fall.

“I would say our goal is to write more songs and put out more of our original music. Hopefully this year we’ll be ramping that up,” Harris said. “It’s only a matter of time until people at Liberty start to see the Worship Collective coming out with more and more originals.”