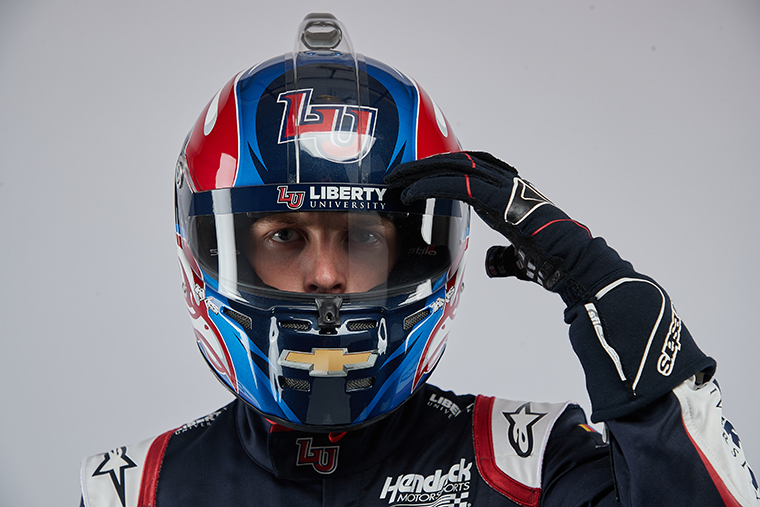 Living a fast-paced life on and off the track, NASCAR Cup Series driver and Liberty University student William Byron knows the importance of balancing work and academics. That’s where the Liberty University Online Programs play a vital role for the 22-year-old.

Byron, a junior business administration — communications student, made a smooth transition to the online format after enrolling as a residential student in Fall 2016.

“I have really enjoyed the online program at Liberty,” said Byron, who is targeting a December 2021 graduation. He took his first online class during his senior year in high school. “The online process has been pretty seamless for me, and I am making steady progress toward my degree. My online education has been a really effective strategy in my career so far.”

The ability to take online classes has allowed Byron the flexibility he needs to have a successful racing career all while working to accomplish his educational goals. 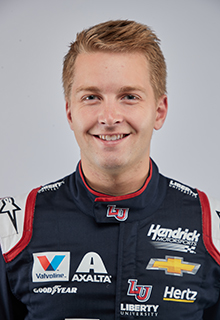 “I love the structure of it because you know what assignments are coming up,” he said. “If I am traveling to the West Coast, I can work ahead and get my assignments done prior to the race weekend. I can keep up by email and with discussion boards while getting to know my professors, who respond and offer feedback and assessment on the tests that I take and the papers I write, enabling me to improve my academic performance.”

As a student who has experienced both residential and online studies, Byron feels like he can relate to current college students who are having to continue their studies online due to restrictions caused by the COVID-19 pandemic.

“It is going to be different because you are not going to be there in-person, but people will be able to manage, especially with the structure Liberty University has built into its online programs, which are much further along than other schools’,” he said. “It should be seamless for most people. It is all about managing your time effectively.”

Byron can sympathize though with those students who were not able to conclude their spring semesters on campus, noting the way the school excels at cultivating a “one-of-a-kind community” as one of the world’s largest Christian universities.

“The opportunities on campus were all really fun,” he said. “What I miss the most is the camaraderie and the friendships that I made there.” 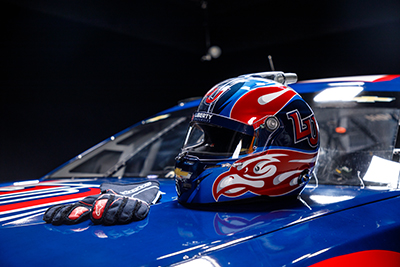 Liberty University has a long history with Byron starting back in 2014 in the late model ranks and is now in the midst of its sixth season of sponsorship. While traveling around the country on the NASCAR circuit, Byron loves the ability to be an ambassador for the university and seeing how far the Liberty University community reaches.

“I meet a lot of students at the racetrack who are studying online or residentially,” he said. “It is pretty encouraging to see all the different online students around the country who come out to support us.”

Kicking off the 2020 NASCAR Cup Series season at Daytona International Speedway for its annual Speedweeks, Byron took home the checkered flag during the second Duel at Daytona, a qualifying race designed to set the official starting lineup for the Daytona 500. Before the temporary break in the schedule, the NASCAR Cup Series completed four points-paying races with the final race taking place at Phoenix Raceway, where Byron scored his first top-10 finish of the 2020 season. 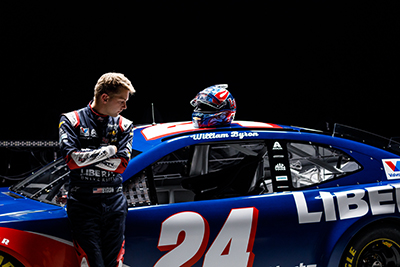 “It’s tough for us, since we’ve started our season and everything was rolling, to have a pause in competition,” he said. “It is a situation we have never had to deal with before, but everyone is working through it, and I am encouraged we will get back to racing on the track. It is going to be a really intense stretch though. Everyone is going to have to work extra hard as we are going to try to make up all of the races.”

Currently scheduled to return to racing in early May, Byron will debut a special Liberty University paint scheme on his No. 24 Chevrolet Camaro ZL1 1LE later that month at his hometown track, Charlotte Motor Speedway on Memorial Day weekend. The 600-mile race, the longest of the season also known as the 600 Miles of Remembrance, honors fallen military members.

With the break in the NASCAR season, he has enjoyed spending more time with his family and friends in Charlotte.

“It gives me time to reflect and do some normal things outside of the racetrack,” he said.

Byron has maintained his competitive edge by returning to his iRacing roots, competing against other NASCAR drivers in a series of virtual races.

“iRacing is an online racing platform I actually started my racing career on and will continue to do that as we transition through this time off the track,” Byron said. “I can continue to work on my skills and fine-tune the things I want to improve.”

While Byron will be competing in multiple online racing leagues during the break. On Sunday, March 22, he competed in the first installment of the eNASCAR iRacing Pro Series Invitational that took place virtually at Homestead-Miami Speedway and was broadcasted live on FOX Sports 1. This newly developed eNASCAR Series allows Byron to race against 34 other cars, most of them being driven by the same competitors he faces week-in and week-out on track on a normal race weekend.

“Real-life racers are racing against each other online,” Byron said. “It is going to be really unique, so I’m excited about that. With us being off on the racing side, I am trying to learn as much as I can through this time.”