This week, NASA administrator Jim Bridenstine offered Liberty University students a glimpse at the future of United States space and aeronautics technology and tied in his Christian faith and diverse career experiences in an overarching message about the future of American innovation and the role that their generation will play in it. 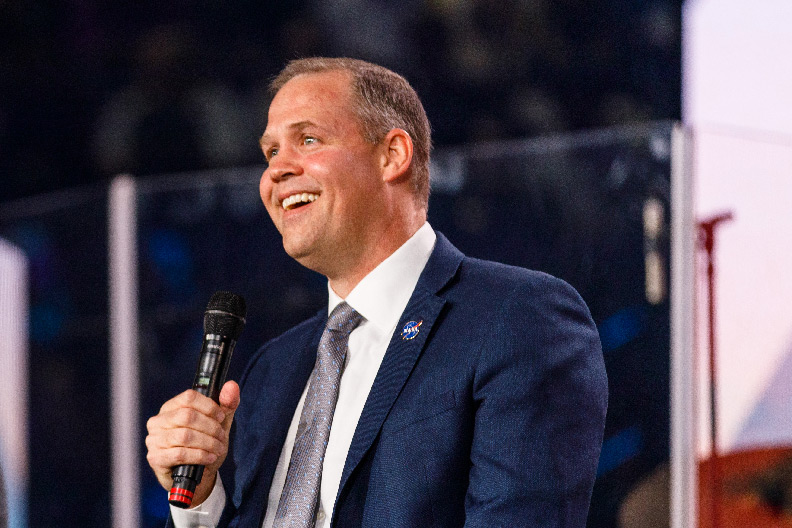 “We have not flown humans in space as the United States since (2011), but this year we are going to once again launch American astronauts on American rockets from American soil,” Bridenstine said in Friday’s Convocation, a day after he held a special meet-and-greet with students and also spoke during Convo Select, hosted by the School of Business and School of Engineering.

Bridenstine said that there is a large demographic in the U.S. that was not alive to witness NASA’s moon landing in 1969 or the other major successes in the Apollo program. Instead, he has found the general public has a negative perception of NASA’s space program that only comes from the negative moments, like the disastrous Challenger explosion. Bridenstine said that perception will change as the space program once again sets its sights on reaching the moon and, soon after, Mars. 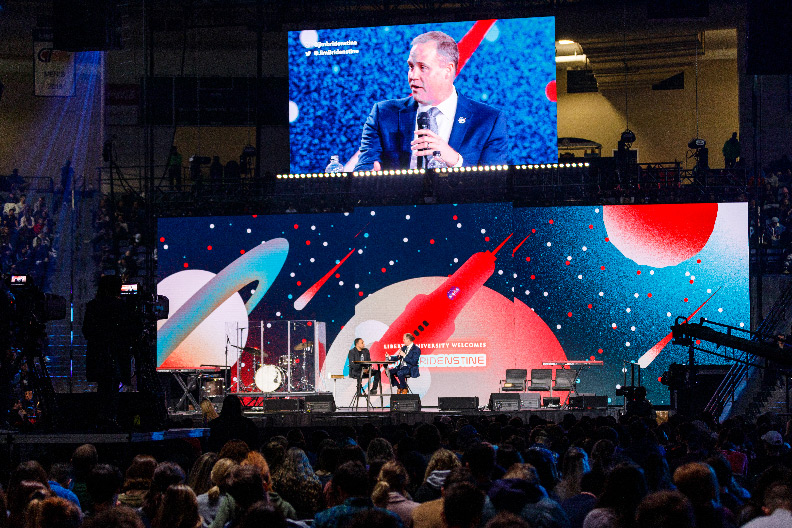 “It is a failure of our country that for 50 years we have not been back to the moon,” Bridenstine told the students. “We need to make sure that another generation doesn't go by where the memory (of space travel) is a bad thing; we need it to be the stunning things. (Your generation) needs to declare that we are going to go to the moon, we’re going to go with all of America, and now is our time.”

He said NASA is currently developing partnerships with competing providers in order to launch rockets packed with supplies and equipment to the International Space Station once again after shuttles ceased in 2011. Rather than purchasing, owning, and operating these rockets, NASA will work with the competitive marketplace in the public to use rockets owned by companies like SpaceX and Boeing.

In addition, NASA’s work in space will continue to open doors for new pharmaceuticals, immunizations, and 3D printing of human organs, all of which falls under what they call “industrialized biomedicine.”

Bridenstine also explained the importance of the newly established Space Force, which began in December. The intricate functions of newer technology, like ATMs, cellphones, and power grids on Earth, are dependent on space satellites, he said, and America is ready to protect these abilities from countries that have the capability to shoot down satellites and take control. That includes China, which has recently described space as “America’s Achilles’ heel.”

“We have to be prepared for a day when our very way of life is at risk because other people are proliferating very dangerous things in space,” Bridenstine said. “I’m here to tell you that President Trump will not allow anybody to get an advantage over the United States by holding space at risk, and that’s a good thing for our nation and NASA.”

He explained that unlike many other fields, aerospace is an area in which the United States does not have a trade deficit and is instead a $150 billion export for the country. While America is at the pinnacle today, the market is changing fast, he said, with Europe planning to have zero carbon emissions on aviation travel by 2050. 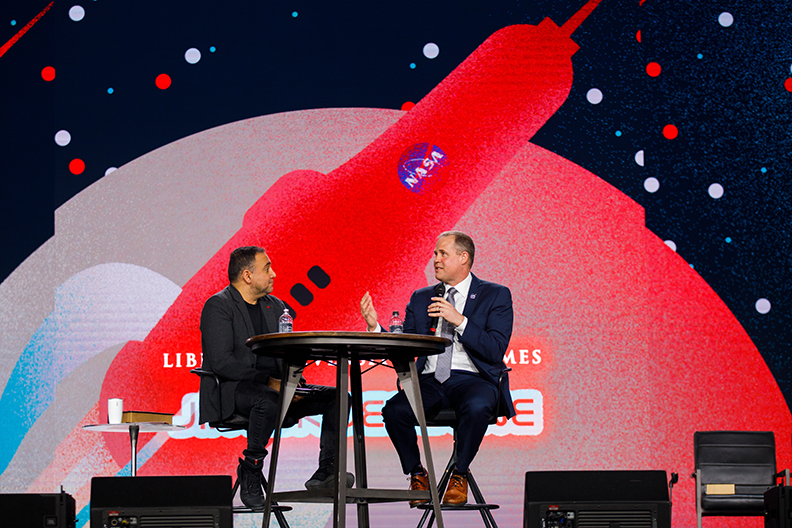 In response to this competition, NASA is developing new X-planes with faster and more carbon-efficient capabilities, and it is also looking further into what is called “urban air mobility,” the ability to use flying vehicles for commuting. For the very first time in history, airplanes will be allowed to fly supersonic over the United States, he said.

As a Christian, Bridenstine pointed out two moments in NASA’s history when he was proud that astronauts shared their faith on the world stage. During the Apollo 8 mission in 1968, which completed an orbit of the moon for the first time, the astronauts onboard were told to deliver a profound message to Earth on Christmas Eve with a quarter of the world’s population watching. They decided to read Genesis 1:1-10, making the first words of the landmark broadcast, “In the beginning God created the heavens and the Earth.”

Upon returning to Earth, a lawsuit was filed — but later dismissed — against the crew for their actions. 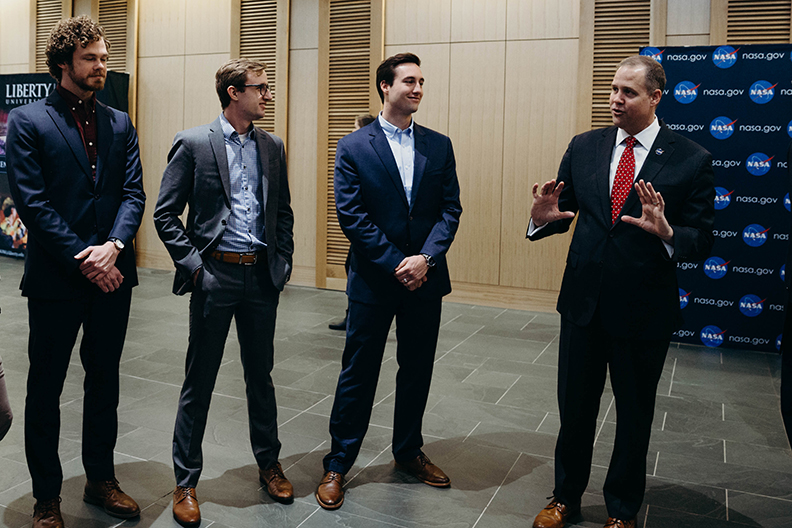 One year later on Apollo 11, Buzz Aldrin wanted to take communion on the moon, but was told not to perform the overtly Christian act after the aforementioned lawsuit. Instead, Aldrin invited those watching to “contemplate for a moment the events of the past few hours and to give thanks in his (or her) own individual way,” and he took communion himself off-camera.

Bridenstine closed Friday’s Convocation by speaking about what it is like as a Christian in the modern workplace that is made up of people with diverse religious beliefs. He told students that regardless of where they end up in their careers, they need to be aware of the power of their actions.

“Whether you know it or not, people are watching you,” he said. “It doesn’t matter if you express what you believe or not, people see how you behave day in and day out.”