Pastor David Nasser mentioned that the Worship Collective and the talented songwriters will collaborate for a worship album this year.

“These are some people who have come out with some of the greatest songs and greatest anthems in Christian music history,” Nasser said.

Following three songs and a video honoring the civil rights mission of Martin Luther King Jr., the student body rose to their feet in applause to welcome Alveda King to the stage. 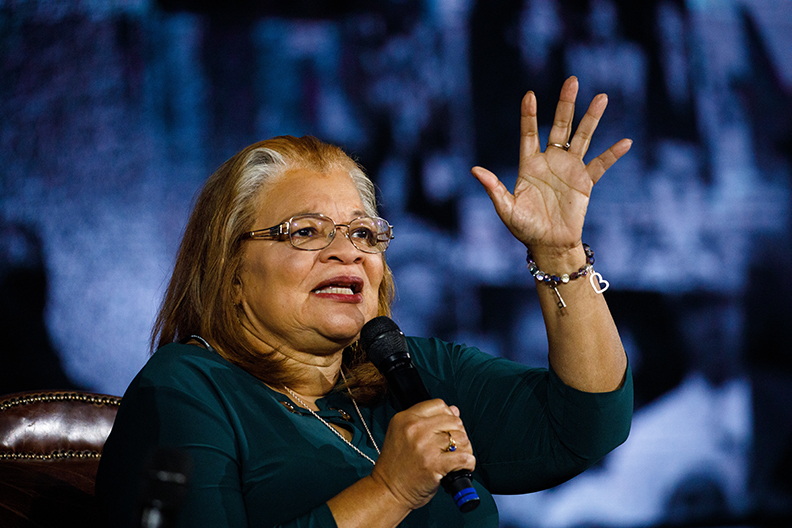 Liberty President Jerry Falwell welcomed King and they both spoke about the similarities between Liberty’s founder, Jerry Falwell Sr., and King Jr. regarding the dreams that they were not able to see come to fruition.

King Jr. was assassinated in 1968 before witnessing his civil rights dedication produce the desired results of equality for all people. Falwell Sr. passed away unexpectedly in 2007.

“He never really got to see it come into the Promised Land, so we were comparing him to Moses,” he said.

During Convocation, Falwell opened up to the student body about his fear of public speaking. The president of the largest Christian institution in the world reminded the audience that it was only four days following his father’s death that he stood before 25,000 people at Liberty’s 2007 Commencement. 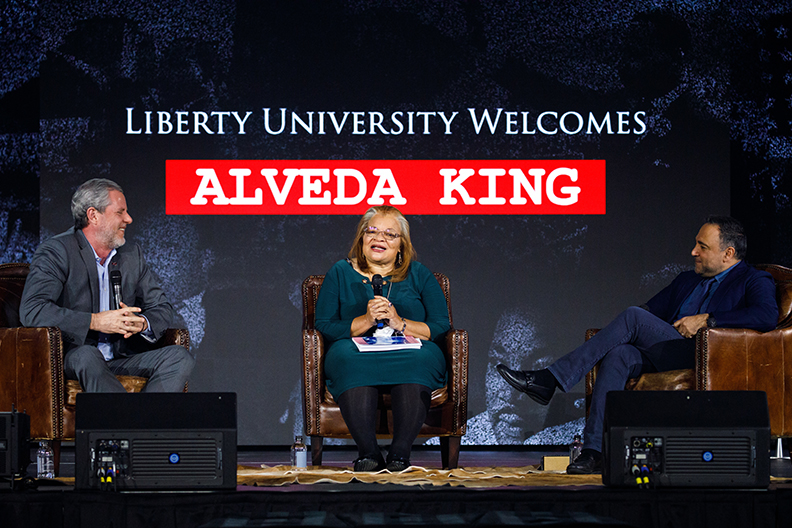 “I was 44 when my father passed, and I had never done any public speaking,” Falwell said. “Four days later, I had to speak in front of 25,000 people at graduation. You talk about something terrifying. It took me years until I wasn’t scared to death.”

King talked about her late uncle’s love for his children and mentioned that despite his business, he gave time to his children. They were unaware of the adversity that their father faced daily.

“They never knew what was going on,” King said when referencing her uncle’s children.

The morning’s most powerful point was when King voiced her opinions regarding abortion.

“A woman has a right to choose what she does with her body,” King said. “But the baby is not her body. Where is the lawyer for the baby?"

King, 68, said she accepted Christ as her Savior in 1983. The conversion transformed King’s convictions, shifting them from pro-abortion to pro-life. The mother of six had two abortions before bringing six children into the world. Two of her children graduated from Liberty’s School of Law. 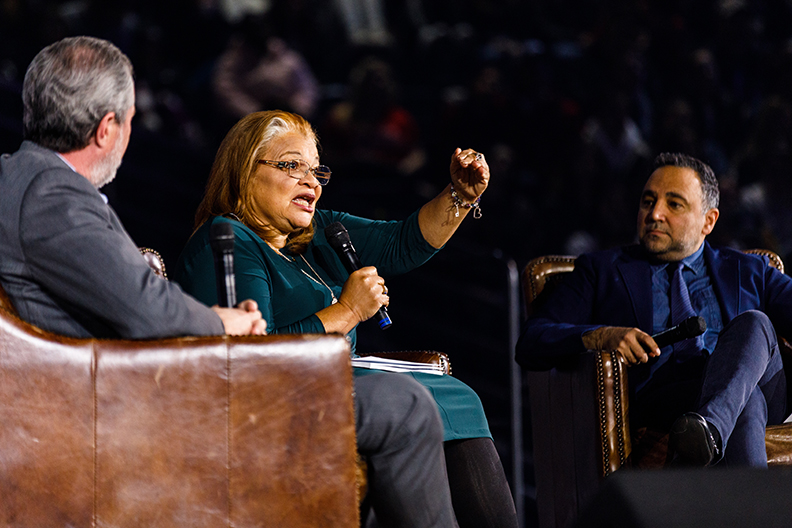 King graduated from Central Michigan University. She has authored eight books and has been a Fox News contributor.

King concluded her time on stage by speaking words of wisdom into the room full of college students.

“When you love each other, you can really get through things,” King said.

The Atlanta, Ga., native aims to always speak words of encouragement and love into those with whom she disagrees. King advised the students to follow six steps for conflict resolution that she personally endorses: gather your information, educate your audience, examine your own heart, go to the negotiation table, perform nonviolent action by seeking God, and then find a win-win solution.

“Many of you will stand in high places in front of the world,” King said. “And when you do that, be ready to share that truth with grace.”