On Wednesday, Liberty University’s Convocation will help students kick off the Spring 2020 semester with the new Falkirk Center for Faith & Liberty spotlighted as the morning’s primary focus. 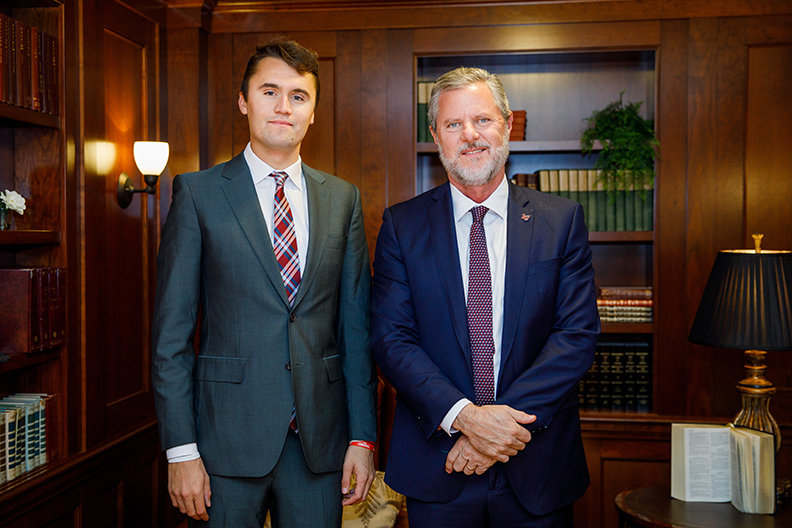 “We’ll start the year by introducing the Falkirk Center to the student body,” Liberty’s Senior Vice President for Spiritual Development David Nasser said. “The center was announced while most of our students were on break, so many will be coming back curious to learn more and to hear about opportunities to get involved.”

The Falkirk Center, cofounded by Liberty President Jerry Falwell and Turning Point USA (TPUSA) president Charlie Kirk, officially launched Nov. 30, 2019.  The Center is designed to educate, promote, and defend the bedrock principles of faith and freedom that were instrumental in America’s founding. Ryan Helfenbein, who serves as the center’s executive director, said that the think tank will impact culture by deploying a diverse community of Christian leaders and influencers who prize human dignity, individual liberty, limited government, and free markets.

“We wanted to launch into the year by bringing in all of the center’s fellows along with Charlie Kirk and President Falwell, who really were the initiators of this,” Helfenbein said. “While many organizations are focused on Christian living, few delve into Christian responsibility for civic engagement. We’re looking forward to a much deeper discussion.”

Falkirk Center guests will also attend the Convo Select on Thursday at 10 a.m. in the Center for Music and the Worship Arts’ Concert Hall, hosted by the Helms School of Government and Liberty University School of Business. 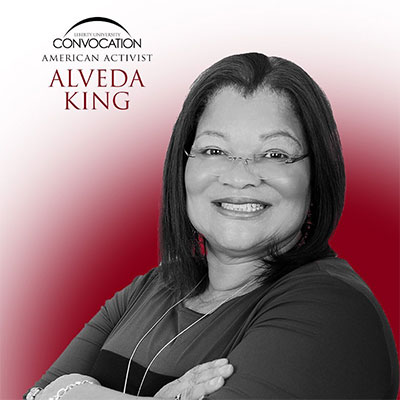 Friday’s Convocation guest will be activist and civil rights hero Alveda King who will be remembering and honoring the legacy of Martin Luther King Jr.

Jonathan Pokluda will be the featured Convocation speaker the following week, on Wednesday, Jan. 22. Nasser credits Pokluda with being one of the country’s finest Bible teachers. The Waco, Texas-based pastor authored the bestselling book “Welcome to Adulting.”

“Jonathan Is extremely popular and highly requested by college aged students,” Nasser said. “He will also be joining us for campus community that night.”

Spring 2020 is set to be one of the school’s most exciting Convocation semesters.

“God is bringing some relevant and compelling voices our way, from bestselling authors to pastors to world-class athletes,” Nasser said.

“I think every semester has its own unique overarching theme,” Nasser said. “Last year, it felt like our guest's recurring theme was redemption. And last semester, it was obvious how the importance of healthy relationships was on the mind of so many of our guests. This semester, it has become clear that the reoccurring theme is convictions. We have prophetic voices coming with strong convictions on how to live life to the fullest or about strong convictions that cost them dearly in life.” 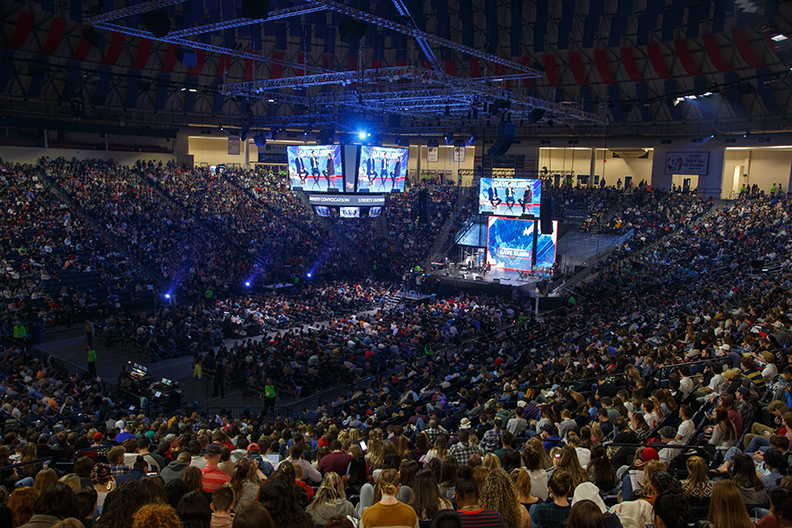 Wentz will reportedly attend Convocation shortly before the university’s Global Focus Week to discuss his involvement with feeding the hungry in Haiti. The five-time FCS national champion desires to bring awareness to helping those who are less fortunate.

Rivera is another prominent athlete that will speak to the student body this spring. Rivera will likely share with Liberty students the stories inspired by his illustrious career as a thirteen-time Major League Baseball all-star and five-time World Series champion. The former pitcher played all 19 of his MLB seasons for the New York Yankees.

Other announced guests scheduled to speak this semester include actor and comedian Kel Mitchell, Pastor Jentezen Franklin, and Lysa Terkeurst of Proverbs 31 Ministries.

Nasser also mentioned that a couple of guests who were hoping to make it to Liberty last semester but were not able to have been rescheduled for this spring.

Convocation remains the largest weekly gathering of college students in the world. It is held on Wednesdays and Fridays at 10:30 a.m. in the Vines Center. Many Convocations are streamed live on the university’s Facebook page.