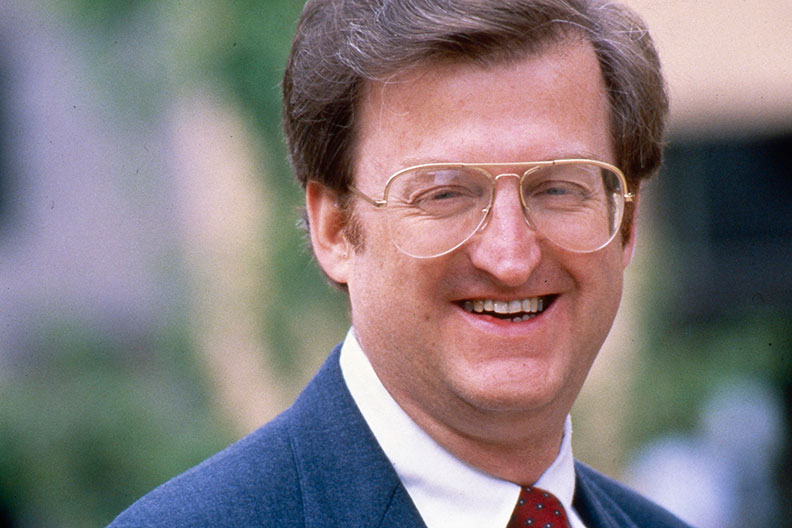 On Tuesday, July 16, 2019, Dr. A. Pierre Guillermin passed away at the age of 82. Dr. Guillermin served as President of Liberty University from 1971 to 1996 and as President Emeritus since his retirement in 1996. He was also one of the co-founders of Liberty University. Dr. Guillermin is survived by his loving wife of 60 years, Louanne, as well as their daughters, Michelle Guillermin, of Maryland, and Lisa G. Gable and her husband, Jim, of Washington, D.C., along with one granddaughter, Helen-Anne Gable.

Dr. Guillermin, affectionately known as Dr. "G", worked with Dr. Jerry Falwell Sr. and current President Jerry Falwell Jr. in implementing the original vision of creating quality, affordable, Christian education in the form of a national university. In late 1966, Dr. Falwell Sr. shared his vision with Dr. Guillermin in the back of the old Thomas Road Baptist Church. The next year Lynchburg Christian Academy was founded and, in 1971, Lynchburg Baptist College, which later became Liberty University, opened. Dr. Guillermin was the founding superintendent of LCA and the second president of Liberty University after Dr. Falwell Sr. briefly served in that role. 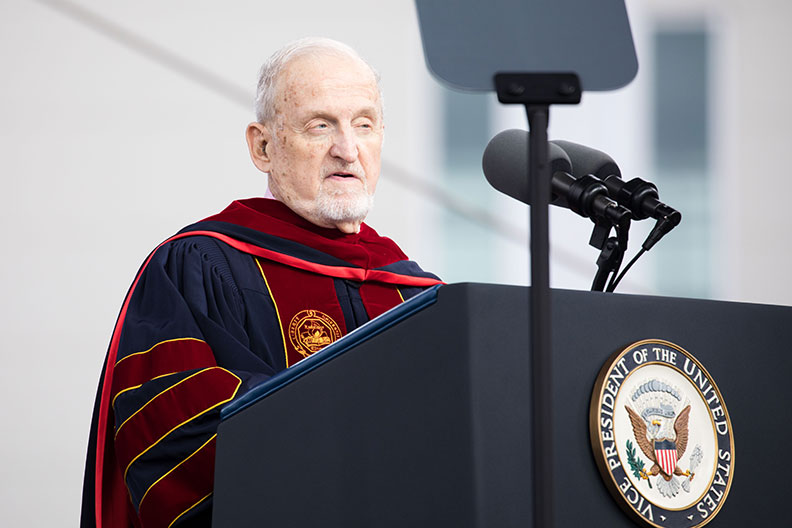 Dr. Guillermin brought academic credibility to these new institutions through his competent day-to-day management. He served as a voice of wise and trusted counsel for faculty, staff, and students alike. His roles consisted of everything from hiring faculty, forming new academic programs, and even performing premarital counseling for students. Dr. Guillermin also played a monumental role in the young college, gaining regional accreditation from the Commission on Colleges of the Southern Association of Colleges and Schools in nearly record time in 1981. Dr. Guillermin’s daily management allowed Dr. Falwell Sr., and later, current President Jerry Falwell Jr., to focus on the original mission, financing, fundraising, recruiting, and pioneering of distance education programs now known as Liberty University Online. 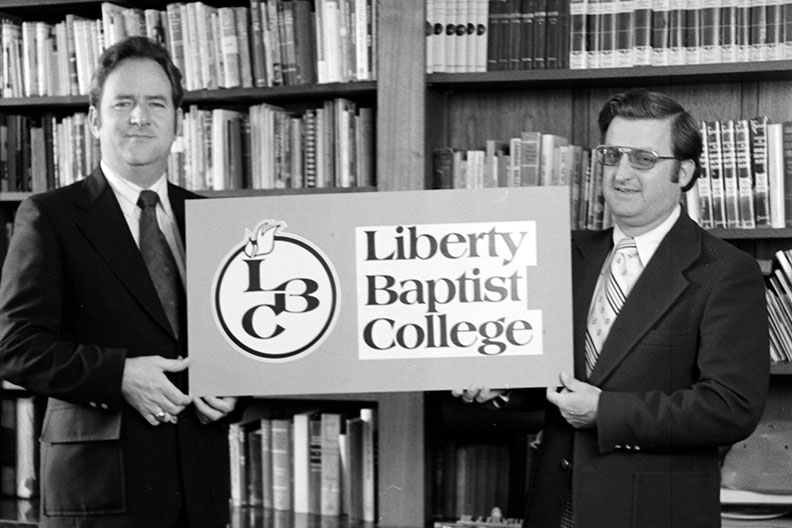 President Jerry Falwell Jr. was a student under Dr. Guillermin’s leadership from age 5 at LCA, continuing through his graduation from Liberty in 1984. He remembered Dr. Guillermin as a scholarly, serious, and strong loving leader who was greatly respected by the faculty and students at both institutions.

While Dr. Guillermin and Mrs. Guillermin continued to live in Lynchburg after his retirement as President Emeritus, Dr. Guillermin chose to spend his time with his family rather than remain actively involved at Liberty. 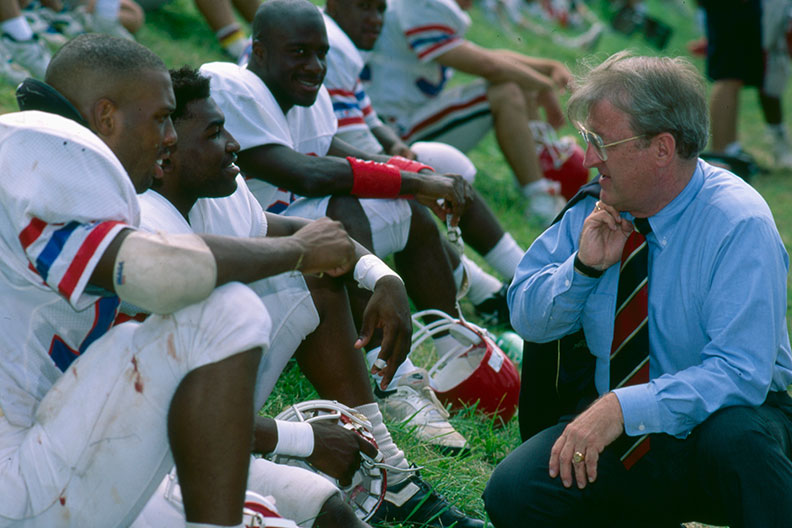 President Falwell said, “I contacted Dr. Guillermin this spring to inform him that I had asked the Executive Committee to nominate him for membership to the Liberty University Board of Trustees, and the board had unanimously voted to offer him board membership. I also asked him to speak at Commencement, along with keynote speaker Vice President Mike Pence. He was pleased and honored to accept both invitations, and he did a phenomenal job at the 2019 Commencement, delivering the official charge of the university to the graduates and conferring degrees to 20,700 graduates! After hearing of his passing this week, it was an emotional time as we remembered him telling the graduates that they could move their tassels one last time, as he had done so many times before. Becki and I are truly saddened by the passing of Dr. Pierre Guillermin. We have lost one of our founding administrators, a work colleague, and a cherished friend.” 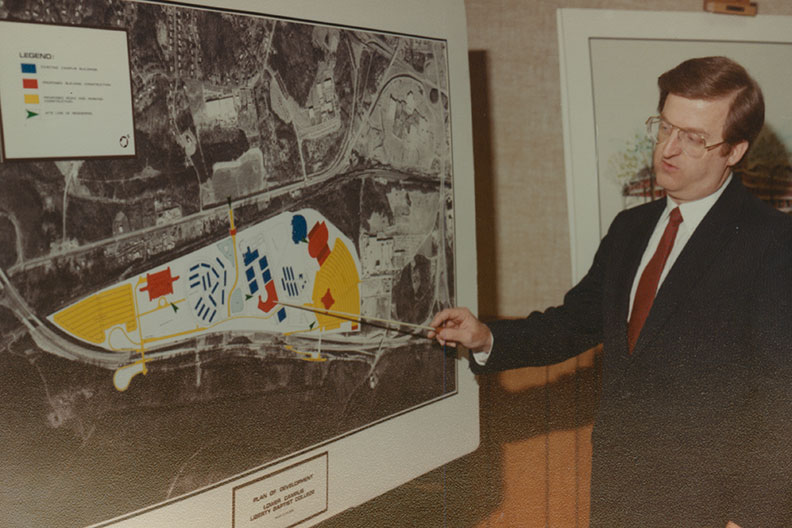 One of the people who knew Dr. Guillermin the longest is Dr. Mark Hine, Senior Vice President for Student Affairs. Dr. Hine began as a student at Liberty in 1973 and has stayed ever since, beginning his employment in 1978. Dr. Hine was hired in 1994 as Vice President for Student Affairs by Dr. Guillermin, who always said he was "one of my best hires" and they remained close until the day of Dr. Guillermin's passing. Dr. Hine remembers: "Dr. G was a kind, caring, and compassionate individual. His gentleness made him great. My conversations with him always left me encouraged and energized. I loved his steady, unswerving loyalty to God, his family, and Liberty. I loved this man and his family. He will be greatly missed."

Even in retirement, Dr. Guillermin's love for Liberty University never left. While looking out from the stage just over two months ago, and seeing tens of thousands of champions of all ages, on what would be his last time on campus, Dr. Guillermin must have been in awe to see that the vision for Liberty University that he and Dr. Falwell, Sr. helped birth over 50 years ago had now come to pass. 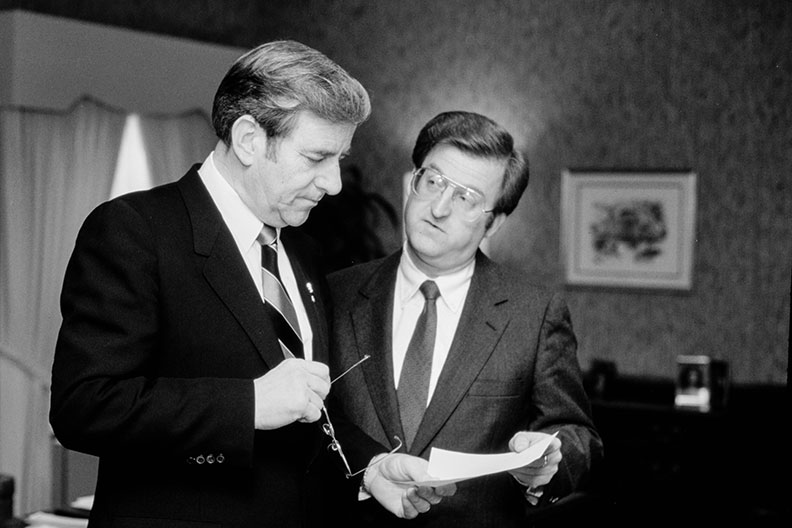 Dr. Guillermin will be sorely missed and others will continue to follow in his footsteps, but the memory of his strength of character will always remain foremost in the hearts of those who benefited from his decades of service to Jesus Christ and Liberty University.

A memorial service will be conducted on Saturday, July 20, at Rivermont Evangelical Presbyterian Church at 1 p.m. Read the full obituary.