The Liberty University Department of Theatre Arts’ original production, “Bloodroot: The Ballad of Clinch Mountain,” written and performed by a team of female students, was selected as a regional finalist by the Kennedy Center American College Theatre Festival (KCACTF). 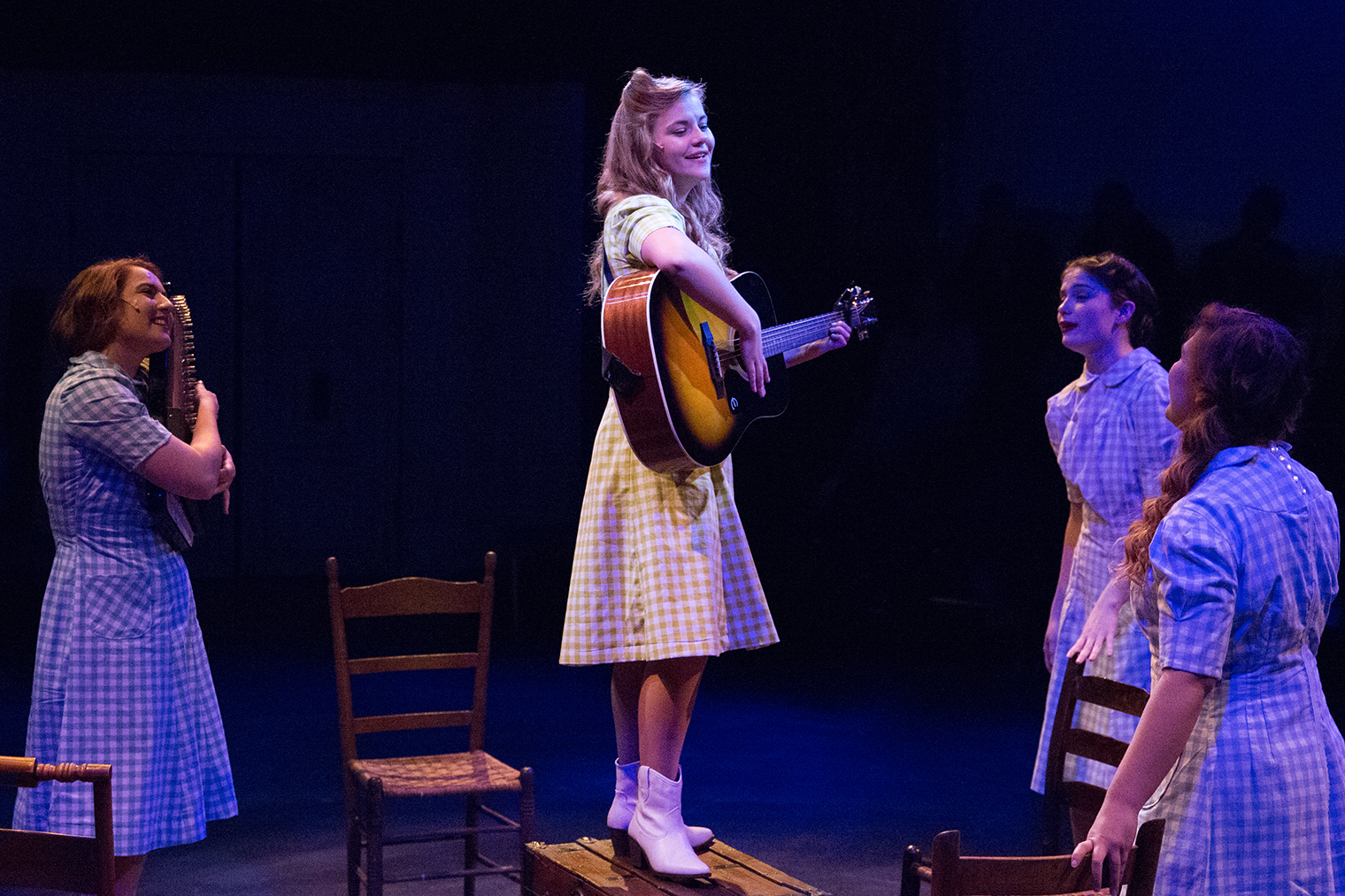 The play tells the true stories of brave women from Virginia’s Appalachian Mountains. June Carter, the folk/country music icon who married Johnny Cash, is among the featured characters.

“Bloodroot” will be performed on Feb. 6, opening night at the Region 4 Festival in Spartanburg, S.C.. Region 4 includes the southeastern United States, from Mississippi to Florida and up to Kentucky and Southern Virginia. If selected as a national finalist, “Bloodroot” will be performed at the famous John F. Kennedy Center for the Performing Arts in Washington, D.C., as part of the KCACTF National Festival in April.

“It meant so much for another professional academic organization to recognize the quality of work that came off our stage,” said Linda Nell Cooper, theatre department chair. “The KCACTF compared us to all of these big universities, well-known names in the theatre world, and their expertise is unmatched. So, for them to acknowledge the work and talent and professional quality validates what we already knew — that it was great work.” 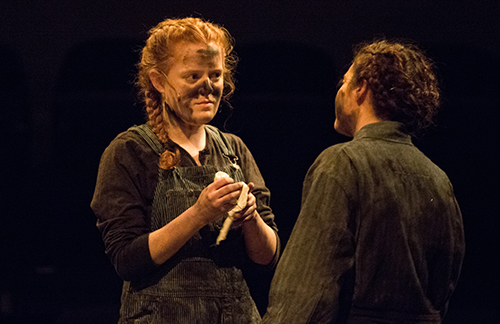 “Bloodroot” is not only an original play, but was created after students identified a problem and were encouraged by their professor to solve it. Cooper explained that a handful of women from the department approached her last year with the concern that there were not enough substantial roles available for women in the department’s shows, even though they outnumbered men five to one.

“Every university has this problem; it is typical in theatre,” Cooper said.

Under Cooper’s guidance, the students decided that rather than bemoan the problem, they could offer a solution — by writing their own roles.

The writing team of 24 female students began mining Virginia’s rich history for stories of strong women who faced various challenges and showed resilience, ingenuity, and bravery in the midst of them. 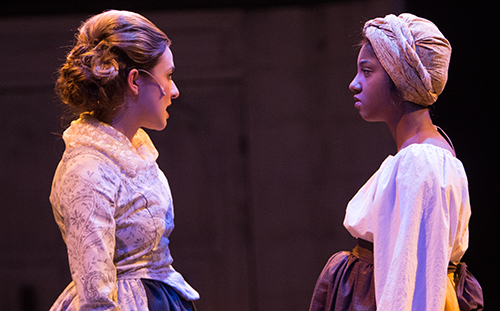 In addition to June Carter, the play also features Mary and Mollie Bell, who disguised themselves as men and fought as soldiers in the Civil War; Mary Draper Ingles, who trekked across more than 500 miles of wild terrain to return home after being captured by the Shawnee; the women coal miners of Tazewell County, Va.; Orleana Hawks Puckett, a midwife credited with bringing more than one thousand babies into the world; Ann Maria Reeves Jarvis, a social activist who was the inspiration for Mother’s Day; and Rachel Findlay, who fought for her freedom from slavery in the late 1700s.

Students used the imagery of the bloodroot — a plant native to the area that is known to grow in harsh conditions — to tie the stories together. Inspired by Carter’s songwriting and folk music, the team also wrote lyrics to an old medley that originated in the mountains and has been passed on through generations. 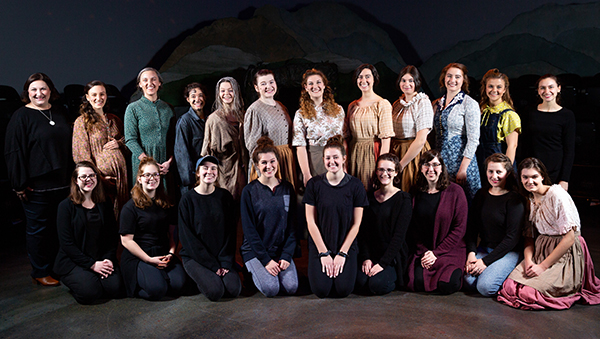 “I’m so proud of them for finding these stories,” Cooper said, “for finding the beauty and richness of them and making them come to life for people who never heard of them.”

Ehrhorn thanked God for the show’s success and called the recognition a high honor.

“We have created more roles for women in theatre, and we have also succeeded in telling the stories of amazing women in the process.”

Thanks to a grant from Liberty’s Center for Research & Scholarship, Liberty students were not only able to write “Bloodroot,” but to produce and perform it, making it eligible for consideration from the KCACTF. The play was performed at Liberty in November, under the direction of School of Visual & Performing Arts Dean Scott Hayes. The 20-member cast and 14-member crew was made up almost entirely of women and included 18 members of the original writing team.