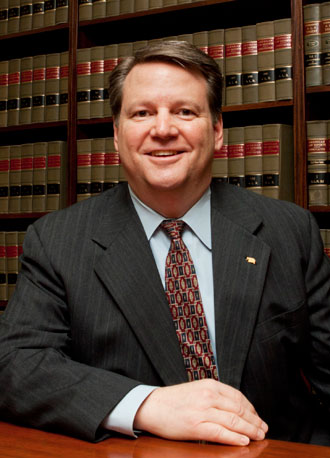 “I am thrilled by the opportunity to provide a wide range of legal services needed for Liberty as it heads into a new era,” Corry said.

Corry’s practice with Liberty Counsel focused on free speech and religious liberties matters. Prior to that, he was Chief Legal Officer for a top-30 builder. The first part of his legal career involved real-estate-related commercial litigation, serving as a shareholder and founding attorney of a medium-sized real estate boutique firm in Tampa, Fla.

Corry graduated with honors from Florida State University College of Law in 1990. He received a B.A. from the University of South Florida in 1986. He has published numerous articles in legal publications.

He held positions in higher education before entering law school. He also serves on the School of Business graduate program faculty at Liberty.

Corry and his wife, Suzanne, have three children and reside in Lynchburg.