'I Can Only Imagine' guests share stories ahead of movie's release

MercyMe frontman Bart Millard joined a panel of colleagues at Liberty University Convocation Monday to promote the upcoming film “I Can Only Imagine,” which opens in theaters nationwide March 16.

Millard was joined onstage by the film’s co-director, Jon Erwin, actress Madeline Carroll, and David Nasser, Liberty’s senior vice president for spiritual development. Millard shared how his personal story, including a restored relationship with an abusive father, led him to write the chart-topping song.

“I got the front-row seat to see the Gospel transform this man (his father) from a monster into the godliest man I’d ever known,” Millard said. “By the time he passed away, this was the guy I wanted to be like when I grew up.”

Millard also described his role as an advocate for people suffering with similar losses, saying he receives calls from hundreds of people telling him their own stories of loss and how the song about Heaven has given them hope. 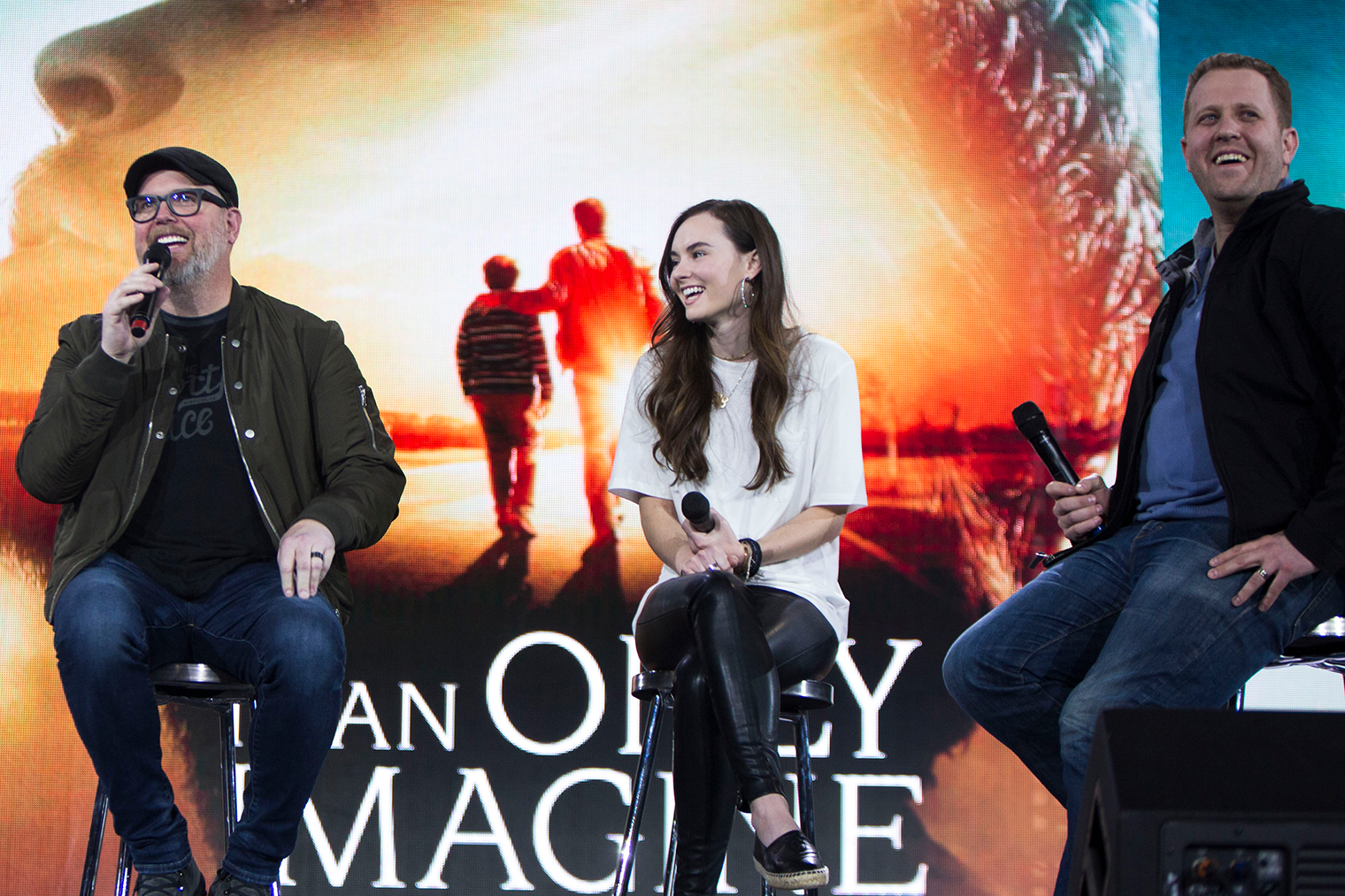 Erwin spoke about making films in the midst of a Hollywood culture. He encouraged students to pursue their God-given talents — even when opposition gets tough — and to never give up, especially when they feel called by God to do something.

“We’re storytellers, serving the greatest storyteller of all time,” Erwin said. “I am a firm believer in this idea that we all have a unique ability, something special that we are built for, and when you discover that thing and you use it for God’s glory, then you’ll never be happier in life.”

Actress Madeline Carroll, playing the role of Bart’s girlfriend (who becomes his wife), continued with the discussion of persevering through opposition, sharing about her struggles to stay true to her faith in the film industry.

As an actress, Carroll said there have been moments when she had to confront filmmakers and TV directors about work that conflicted with her beliefs. She attributes her success to God, saying He lined up her career perfectly and allowed her to be an advocate of the Gospel in her field. Being cast in “I Can Only Imagine” matched her calling, she said.