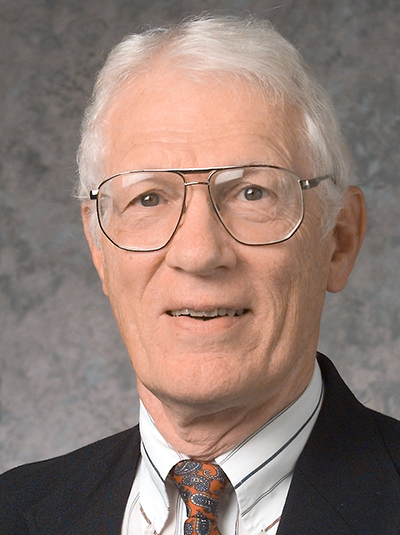 Liberty University sends its prayers and condolences to the family of former Board of Trustees member and generous donor Christian Wilbur “Pete” Peters of Charlotte, N.C., and Sun Lakes, Ariz., who died on Jan. 1 at the age of 95.

Peters operated a successful business in Minnesota Fabrics, which grew to over 100 stores in the upper-Midwest and upper-Mideast. He established the P&B Foundation in order to fund missionary work all over the world. Liberty University has supported many missionary families in recent years in recognition of Peters’ and the P&B Foundation’s generosity to the university in its early years.

In the 1980s, Dr. Peters and his foundation loaned many millions of dollars to Old Time Gospel Hour, the primary benefactor of Liberty University for a number of years, and later forgave much of that debt as a charitable contribution.

“Dr. Wilbur Peters deserves the credit for much of the prosperity that Liberty University enjoys today in the fulfillment of its Christian mission,” said Liberty President Jerry Falwell. “I worked closely with Wilbur Peters as a young attorney and can say without a doubt that Liberty would not be where it is today without the patience, understanding, and willingness of Dr. Peters to help Liberty through difficult years. He will be greatly missed by the Liberty community.”

Over the course of his life, Peters served as the chairman of the Board of Deacons at Fourth Baptist Church of Minneapolis, Minn., before filling the same role at Northside Baptist Church of Charlotte, N.C., following the relocation of his company’s headquarters there in 1977.

“In all he did, Pete sought to honor God and lived his faith each and every day,” his obituary reads.

A private burial will be held in Charlotte on Saturday, Jan. 27, followed by a family visitation at Northside Baptist Church at 10 a.m. and a memorial service at 11 a.m.