Students stand in solidarity for the persecuted church during emotional Convocation

Eyes were opened to the plight of millions of Christian brothers and sisters across the world at Liberty University’s Convocation on Monday. With 1 in 12 Christians worldwide facing religious persecution, Liberty students took a stand of solidarity, raising their arms in prayer for the persecuted church and bearing barbed wire bracelets that read, “One With Them.”

#LibertyStandsWith The Persecuted Church. @LibertyU students with barbed wire bracelets stand with the persecuted. We will not be silent. pic.twitter.com/1r2lRQVCJ0

Leading up to that powerful moment, which is now echoing across social media posts under the hashtag #LibertyStandsWith, was an emotional hour of worship, prayer, and discussion, beginning with a time of intercession on behalf of those affected by the massacre at First Baptist Church of Sutherland Springs (Texas), which left at least 26 dead and 20 wounded Sunday.

Earlier this year, Moore received the prestigious Medal of Valor from the Simon Wiesenthal Center, a leading Jewish human rights organization, for his humanitarian work related to persecuted Christians and religious minorities. Moore is an author and the founder and CEO of the KAIROS Company, a consulting and public relations agency focused on the faith community. Moore began his career at Liberty, where he most recently served as Senior Vice President for Communications, before moving on to work as the Chief of Staff and Vice President of Faith Content for TV mogul Mark Burnett’s United Artists Media Group (an MGM company).

Open Doors, the organization that provided 10,000 bracelets, serves persecuted Christians worldwide and compiles some of the most authoritative and up-to-date information on Christian persecution.

“These are our brothers and sisters in Christ,” said Moore, whose latest book, “The Martyr’s Oath: Living for the Jesus They’re Willing to Die For,” tells the stories of these Christians. “The Bible says, ‘If one member of the Body of Christ suffers, we all suffer.’ What if it was your family? … For all of us, actually, it IS our family, because this is the Body of Christ. We need to care more; we need to know their stories, not just the statistics.” 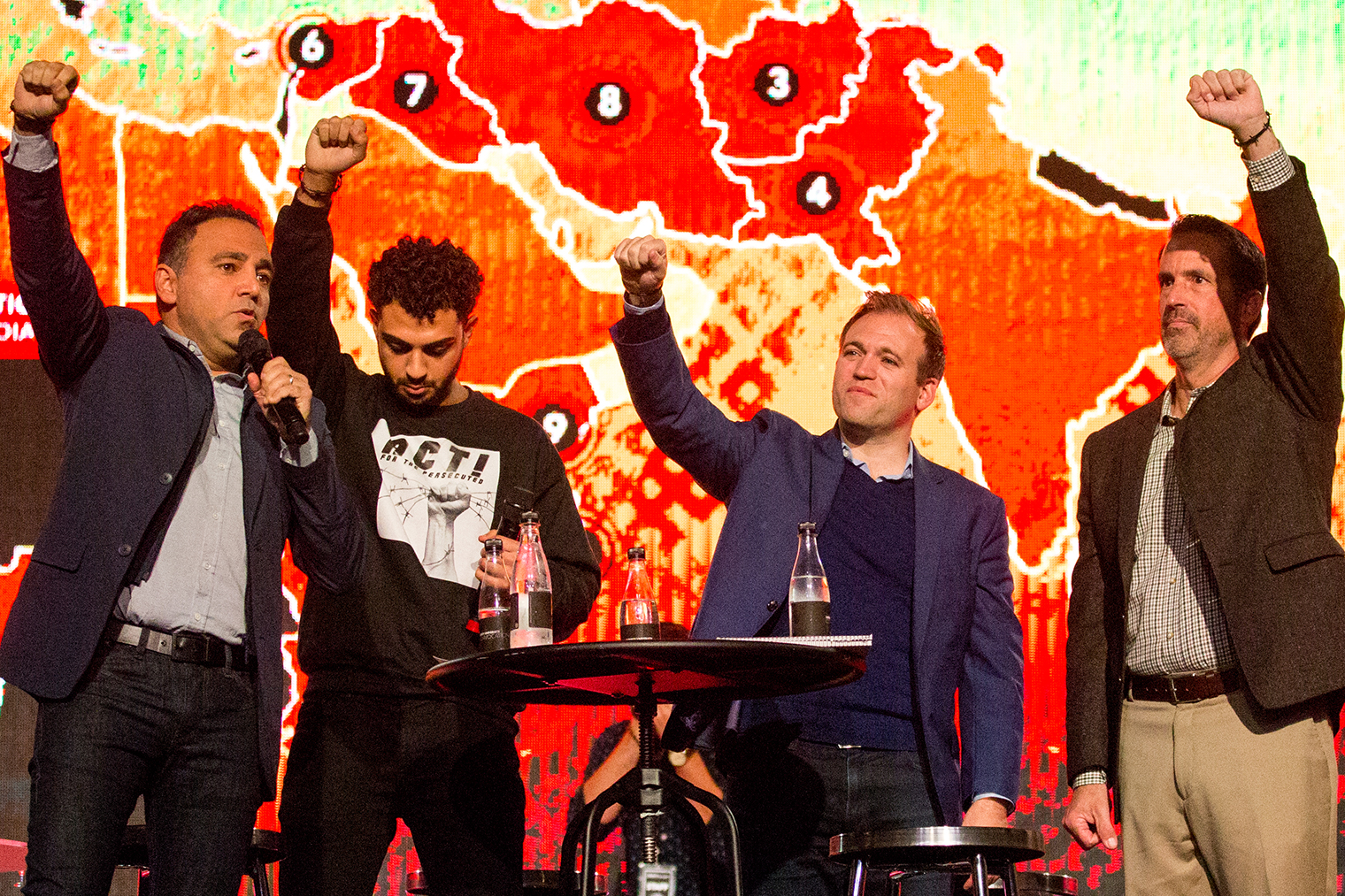 Abdelwahab described his family’s struggles after converting from Islam to Christianity, which is illegal in Egypt. His mother was promptly locked away and treated like a dog by her own family. His father was twice imprisoned, where he endured torture and rape.

“I grew up in that fear every single day not knowing if I would be with my dad the next day,” Abdelwahab said.

Growing up, Abdelwahab had to hide his faith to avoid persecution, and living a double life was emotionally wrenching.

“I grew up (questioning), ‘Who am I?’” Abdelwahab explained. “As I grew up, my problems started growing up with me. Persecution started getting more (severe).”

When his faith was found out, he was beaten and hazed at school and eventually kicked out.

Abdelwahab and his family moved to the United States four years ago. He said that American Christians are in a position to embolden and support their persecuted brethren.

“It is my conviction that the church can’t be strong over here unless it is connected over there,” Moore added. “When you read the New Testament, you are reading books about persecuted Christians. Christianity is either an experience of being persecuted or helping those who are.”

Moore said that his own faith has been strengthened as he has interacted with those who are persecuted.

“There was so much about my faith that I did not understand until I saw people whose faith cost them something,” Moore said.

Despite the harsh realities, Holmes reminded the crowd that “there is so much hope.”

“People are not the enemy,” he said, “We are reminded over and over again that our struggle is a spiritual struggle. … It is easy when you read or hear the stories — if you are not careful — to feel defeated instead of seeing a demonstration of the Gospel’s power.”

He encouraged people to participate, get connected, give, pray, and learn more about the persecuted church.

“The people who are persecuted will bring hope to your life because they want to be strong where they are so that the church is strengthened, so that the Gospel is preached, and so that lost people will come to know Jesus Christ as their Lord and Savior.”