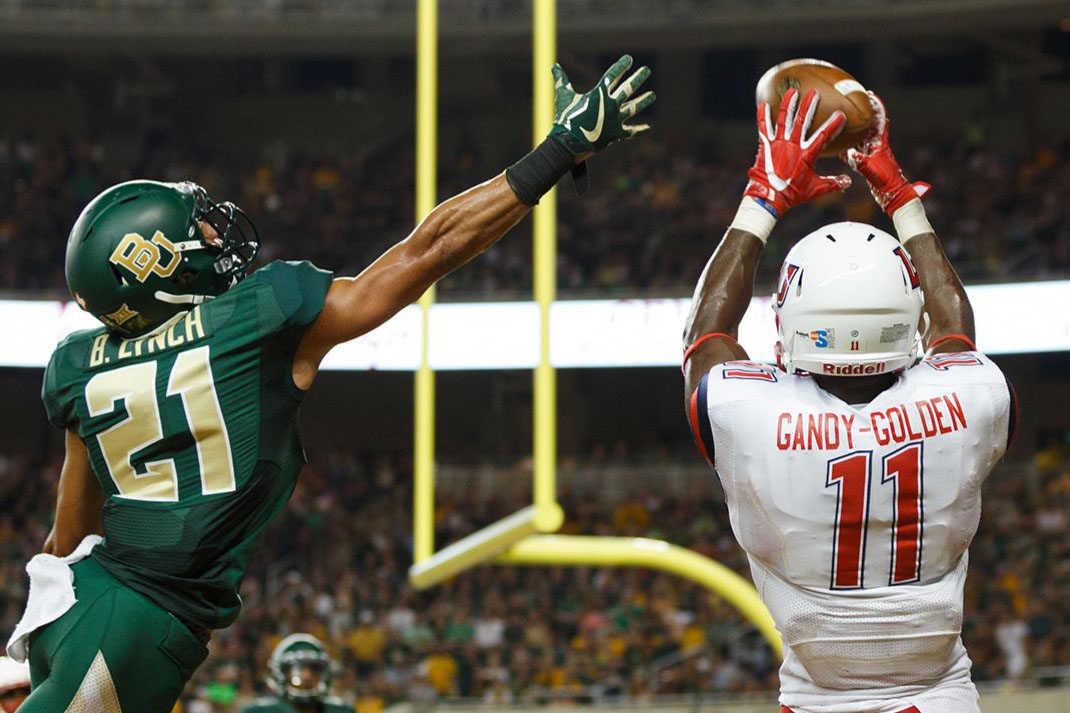 The beginning of Liberty University's two-year FBS transition process started off with an offensive shootout as the Flames beat Baylor University in the teams' first matchup Saturday night at McLane Stadium, 48-45. It was Liberty's first win against a Power Five team.

Announcers called it "groundbreaking" and "the biggest win in Liberty's history." Back on campus, students gathered at a watch party outside LaHaye Ice Center and erupted into cheers of "L-U" as the Bears' last pass was intercepted and the game clock expired. President Jerry Falwell approved a late-night gathering at Williams Stadium to congratulate the team.

On Feb. 16, the NCAA approved Liberty's waiver request to begin the two-year FBS reclassification process. Saturday's upset marked Liberty's final matchup against an FBS team as a FCS program. With the win, the Flames recorded their fifth win over an FBS program in school history. Other records were broken in Waco. Liberty's Stephen Calvert set a single-game passing record for the Flames, throwing for 447 yards to surpass Phil Basso's record of 441 yards against Carson-Newman in 1984. The sophomore also set a new program record with 44 completions and 60 passing attempts.

Antonio Gandy-Golden put his name on the national scene with a career game, finishing with 13 receptions for 192 yards and two touchdowns. The 192 yards rank as the fifth-highest receiving yards total in program history.

Carrington Mosley carried the ball 28 times for 122 yards, picking up 53 of his yards during the fourth quarter to help wind out the clock.

The Flames return to Williams Stadium next weekend for their 2017 home opener against Morehead State. Kickoff against the Eagles is set for 6 p.m.

Visit LibertyFlames.com for a full recap of Saturday's game.