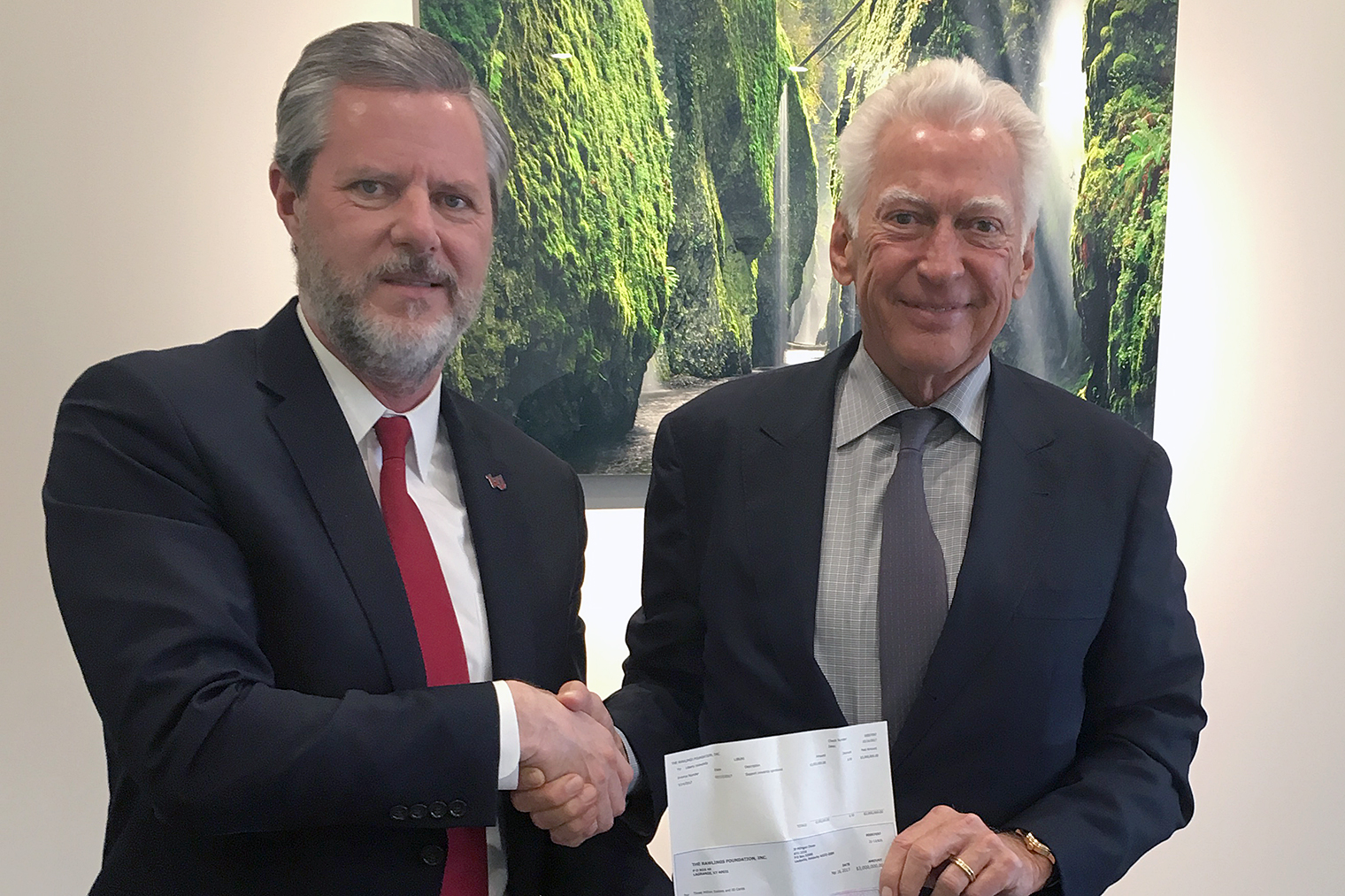 Liberty University’s Rawlings School of Divinity has received another huge financial boost from its namesake. On Tuesday, the Rawlings family donated another $3 million to the school, bringing the family’s total contribution to $10 million in recent years. That generosity led the university to name the School of Divinity in the family’s honor. The school will move into the new 275-foot-tall Freedom Tower and its extended three-level base when construction is completed this fall. The tower will feature one 49-seat classroom on each floor.

“This is another fantastic example of the Rawlings family’s very strong commitment to Liberty and our mission to impact the world for Christ,” said Liberty University President Jerry Falwell, Jr. “We can’t thank them enough for their generosity and the wonderful relationship we have built over the years. We are honored that they hold Liberty in such high regard, and we are proud to have their name attached to the School of Divinity.”

George Rawlings visited the campus on Tuesday to deliver this latest donation personally. He was with business partners Bob Taylor and Wade Houston. Taylor spent 19 years as dean of the University of Louisville’s School of Business. Houston played college basketball and coached at Louisville and at the University of Tennessee. 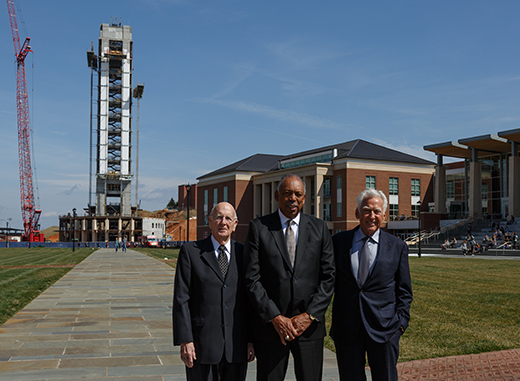 he Rawlings family (brothers Harold, George, Herb, and Carrol) has long been strong supporters of Liberty. Their father, Dr. John Rawlings, was a former administrator of Baptist Bible College in Springfield, Mo., where Liberty founder Jerry Falwell Sr. attended college in the early 1950s. Dr. Rawlings was a pastor for over 70 years and was an adviser to Falwell, Sr. in his ministry and in the establishment of Liberty. He preached often in Lynchburg and later served on Liberty’s Board of Trustees. In 1995, the family launched the Rawlings Foundation, helping to fund youth camp facilities and Bible institute campuses around the world. Dr. Rawlings died in 2013 at the age of 99.

The Rawlings family has been fully engaged in the planning and design of a scriptorium and other features of the School of Divinity and Freedom Tower project. The scriptorium will hold a valuable collection of some of the earliest rare Bibles and other books, as well as a life-size replica of the Gutenberg Press. At the tower’s top will be an observation area and a 25-bell carillon.