Club Sports to add men’s swimming & diving in the fall 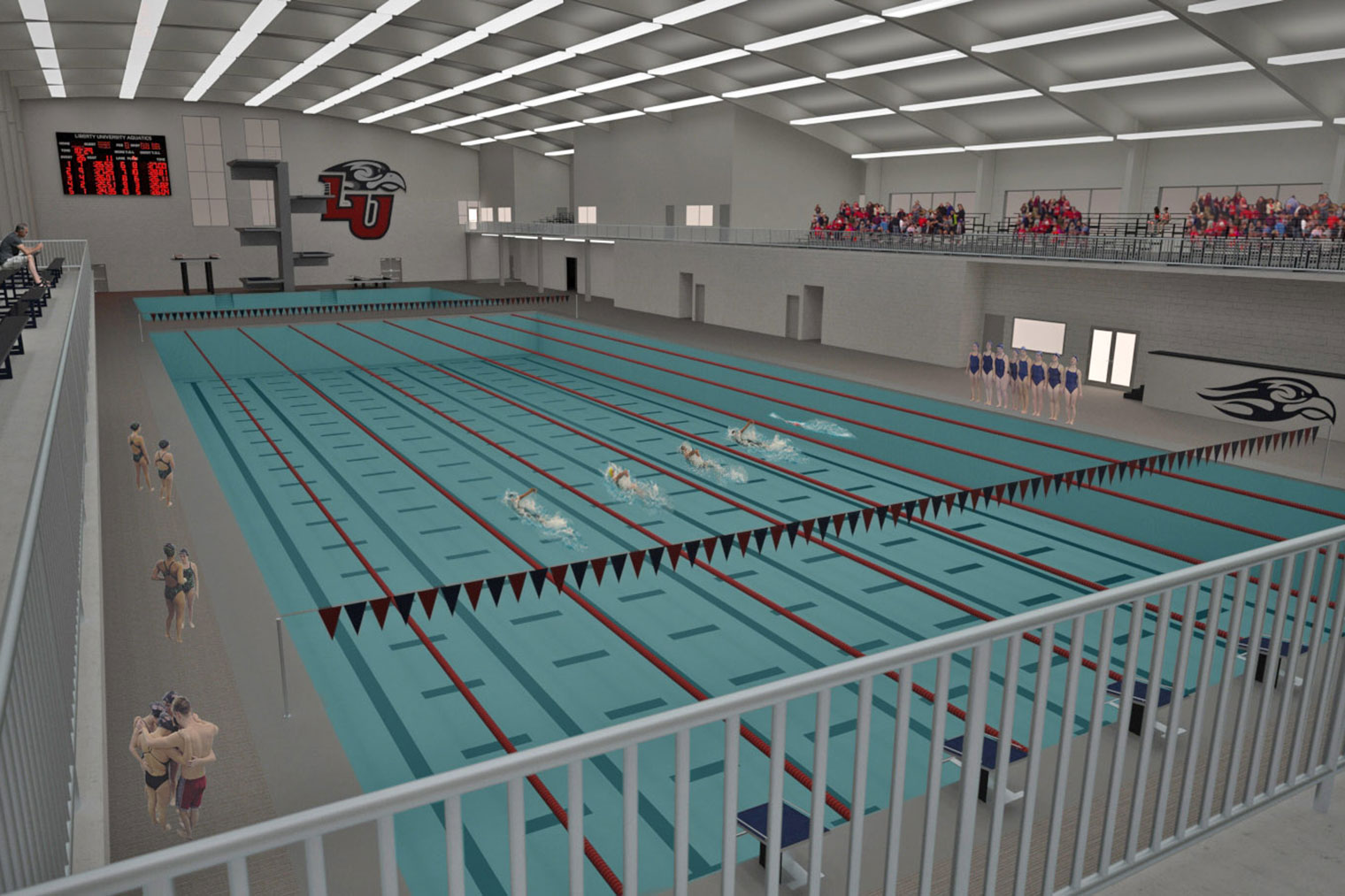 Looking to make a splash in the new natatorium when it opens Nov. 1, Liberty University's Club Sports department will add men's swimming & diving as one of several new offerings next fall. Liberty will compete as a member of the American Swimming Association, the governing body for club swimming in the United States.

The Flames will train and compete out of the new natatorium, connected to the new Liberty Indoor Track Complex located beneath the LU monogram at the base of Liberty Mountain. The facility, replacing the LaHaye Aquatics Center, will enable both the men's club team and NCAA Division I women's team to host large-scale meets attracting high-level swimmers.

"There's been a lot of male students interested in swimming for Liberty," Club Sports Athletic Director Kirk Handy said. "Now that we'll have a facility that's one of the best in the nation, it definitely sets it up to be a very successful program."

Handy will announce the hiring of swimming & diving coaches this week to allow the team time to build a recruiting base of 20-25 student-athletes to launch the new program in the fall.

Returning and incoming students desiring to join the swim program should email clubsports@liberty.edu or fill out an interest questionnaire found on the Club Sports website.

Liberty will be announcing more additions to the Club Sports program this month. Follow the latest Club Sports news at Liberty.edu/ClubSports.