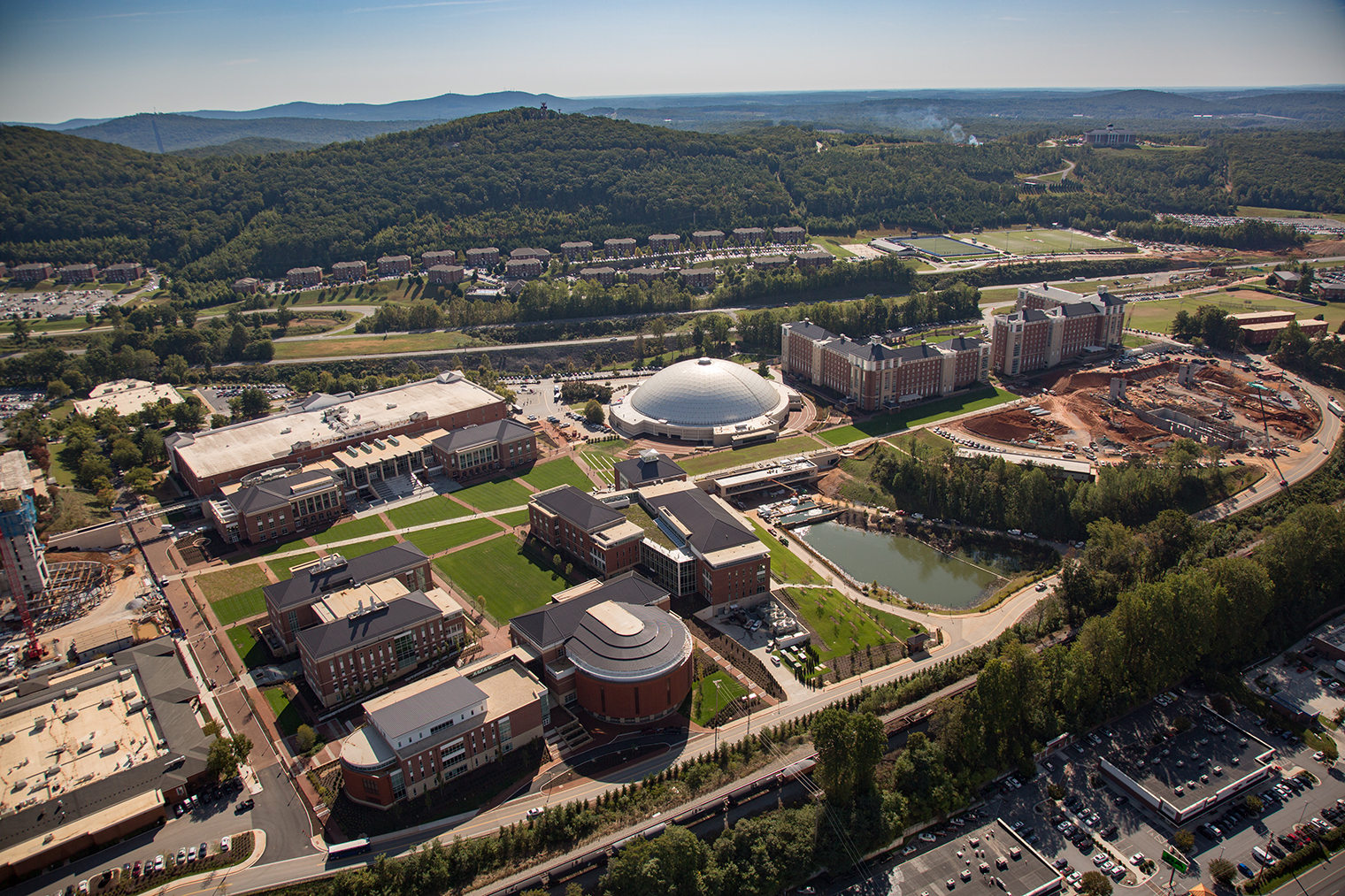 As Liberty University’s campus continues to grow and expand, the university’s impact on the economy is not only seen in the greater Lynchburg area, but also throughout the Commonwealth of Virginia, according to an independent study conducted by a Richmond-based firm. During the 2014-15 academic year, Liberty University, its associated enterprises, students, and visitors totaled $593 million in direct spending, generating almost $1.1 billion in economic activity in the Lynchburg MSA (Metropolitan Statistical Area), the most recent report by Mangum Economic Consulting, LLC, found.

The report is commissioned by the university every two years. Mangum Economic Consulting specializes in “producing objective economic, quantitative, and qualitative analysis in support of strategic decision making.”

Earlier this month, the Lynchburg Regional Business Alliance held its 2016 Economic Summit, where it discussed Lynchburg’s accomplishments in economic growth, echoing the report’s findings that Liberty draws an array of business to the area.

During the summit, Barry DuVal, president of the Virginia Chamber, called Liberty “the economic engine that helps this region grow and prosper and attracts people from around the world.”

Liberty was also Lynchburg’s largest employer between 2014-15, providing jobs for 5,469 individuals in the Lynchburg MSA and more than 8,000 worldwide. According to the report, the city of Lynchburg had 51,163 jobs in 2014, meaning about one in every five jobs was somehow connected to Liberty.

“Had it not been for Liberty University, we estimate that the Lynchburg MSA’s unemployment rate would have been approximately 9.2 percent in February of this year, instead of 4.7 percent,” the report says.

Statewide, Liberty University, associated enterprises, students, and guests were responsible for contributing $694 million into Virginia’s direct spending. The report linked this amount to generating more than $1.4 billion in economic activity, with every $1 of Liberty’s state spending generating $2.04 in economic activity in Virginia.

The report also noted Liberty’s half billion-dollar campus expansion and renovation, which has included construction of the Center for Medical and Health Sciences, the state-of-the-art Jerry Falwell Library, two high-rise residence halls, a Science Hall, Kamphuis Field at Liberty Softball Stadium, and the Center for Music and the Worship Arts.

“In sum, Liberty University is a rapidly growing institution that has a significant economic and fiscal impact on the Lynchburg MSA and the state of Virginia as a whole, and plays a very active and positive leadership role within its community and Virginia,” the report concluded.