Publication recognizes impact of Liberty's growth on the area 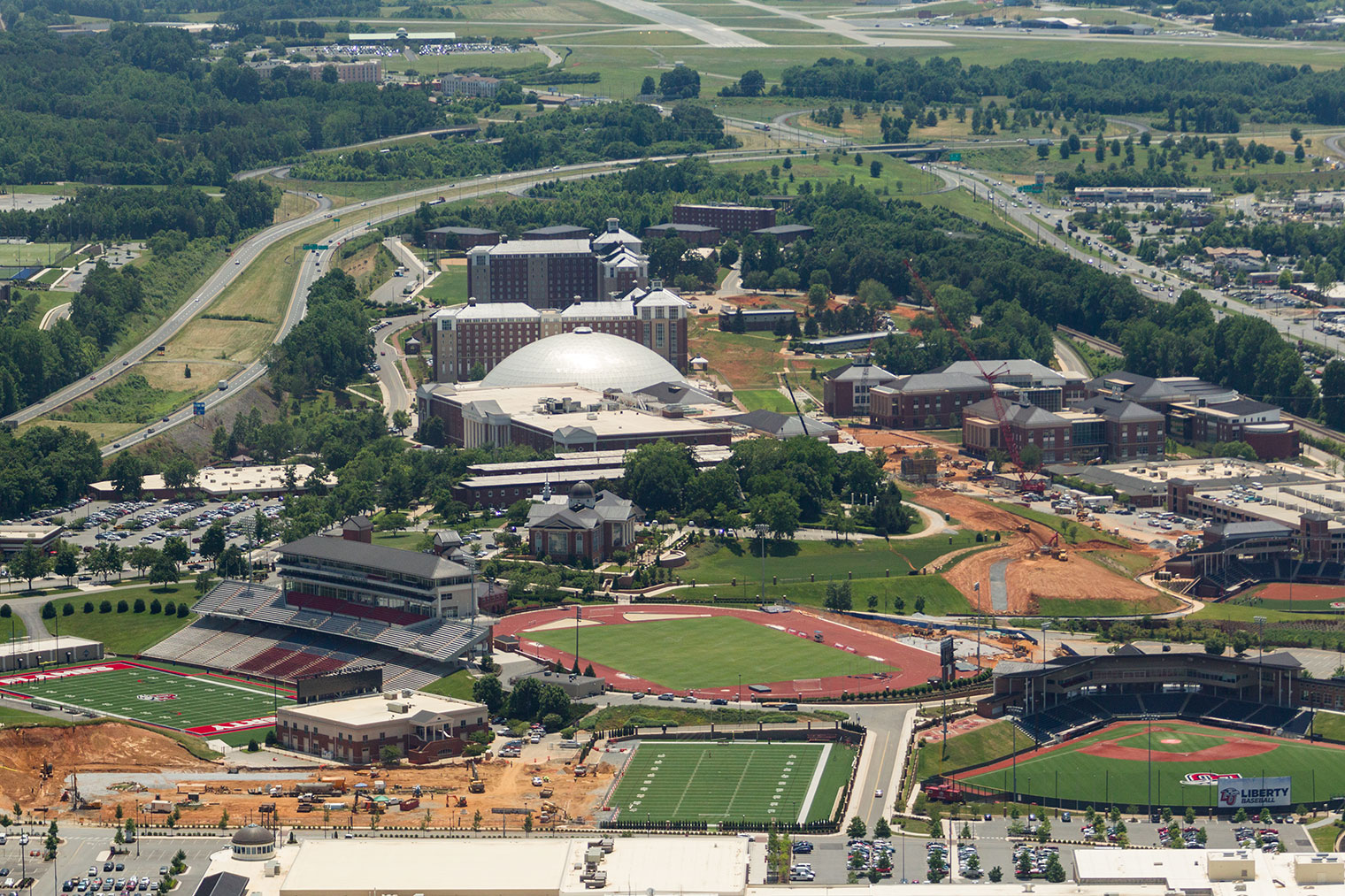 Brick by brick, Liberty University is making strides in its $500 million campus rebuilding. Over the past few years, Liberty has opened hundreds of thousands of square feet of new academic and athletic facilities, including a new library, Science Hall, baseball stadium, softball stadium, and two high-rise residence halls. Liberty has also massively expanded and upgraded other facilities, including the LaHaye Ice Center and LaHaye Recreation and Fitness Center. This fall, Liberty will unveil its brand new Montview Student Union, a 4-story, 168,000-square-foot student center. The School of Music will also open a spectacular 1,600-seat fine arts auditorium. And late next year, the capstone of the rebuilding project — the 275-foot Freedom Tower — is scheduled to open.

The Lynchburg News & Advance recently wrote about some other ideas that could be included in future development of campus, such as a graduate school campus near the Center for Medical and Health Sciences on Liberty Mountain and a new arena for sports and other campus events.

This vision impressed the paper’s editorial board, who noted how Liberty has quickly risen from decades of financial hardship to one of the most financially strong universities in the nation in a July 29 editorial titled “Revolution continues on LU campus.”

The editorial called Liberty’s new campus “light years ahead” of when it opened in 1971, and pointed out the university’s success in “tapping a huge, underserved market of non-traditional, would-be college students” through its online classes.

“And with LU’s growth has come growth for Lynchburg and all of Central Virginia,” it states. “Without the massive influx of residential students and ancillary economic development related to the university’s own expansion, we doubt the Wards Road corridor would be what it is today. The university has created thousands of jobs in the area, directly and indirectly, ranking it as one of the region’s top employers. And with the vision unveiled in the school’s latest master plan, that importance to the local economy will only grow. We couldn’t be happier.”