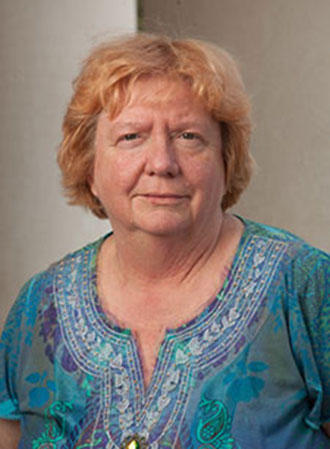 Dr. Sharon Hähnlen, who served for the past 35 years as an associate professor in Liberty University’s Department of English and Modern Languages and an adjunct faculty member for the School of Education, died this past weekend after battling cancer for the past few years. She was 69.

Her death came just weeks after her husband, Rev. Dr. Lee W. Hähnlen, a former pastor and Liberty professor of church history and philosophy, passed away.

They lost their daughter, Amanda, to a brain tumor when she was a student at Liberty in the late 1990s, and are survived by their son, Joshua.

A memorial service for family and friends is set for Jan. 19 at 7 p.m. at Rivermont Evangelical Presbyterian Church in Lynchburg.

“The Hähnlens were among an early group of pioneers at Liberty,” said Dr. Cecil Kramer, a professor and director of graduate studies in Liberty’s School of Communication & Creative Arts. “They came when the school had maybe 1,500 to 2,000 students because they saw Dr. Jerry Falwell’s vision. They sacrificially served and taught to the best of their ability, and they’re the foundation upon which Liberty University was built. Now that generation of pioneers is passing on the mantle to future generations.”

Dr. Hähnlen most recently received an Educational Specialist (Ed.S.) degree in Leadership and a Doctor of Education (Ed.D.) in Leadership Curriculum & Instruction at Liberty. She previously taught elementary, middle, and high school, and at colleges in Iowa, Ohio, Indiana, Montana, and Virginia.

At Liberty, Hähnlen taught undergraduate courses primarily in French, but also in German and English as well as Speech 101, education, and freshman seminar courses as needed, up until the time of her death. She supervised practicums, internships, and student teaching for Licensure Candidates in Spanish and Teaching English as a Foreign Language, taught online graduate courses in language education, chaired doctoral committees for candidates in all aspects of world languages, and worked with Dr. David Towles in establishing Liberty’s language labs.

“Sharon was a natural teacher,” Kramer said. “She could pick up a book and just start teaching, which is unique in the languages. Her mind was creative because everything she saw, she thought she could use in the classroom somehow. As a result, her office was packed with textbooks and resources. She would never be able to use all of them, but she could never get rid of them, either.”

Hähnlen always put others’ needs before her own and was resourceful and determined enough to take care of her husband — who was born without hips and had multiple surgeries throughout his lifetime — until his death.

“Sharon always had a lot of drive, and she never gave up,” Kramer said. “She had a very difficult life at times. Her husband was handicapped, but they didn’t allow that handicap to get in way of achieving their goals (both personal and professional). She was going to use teaching French as a mechanism for serving the Lord, and she dedicated her life to it.”