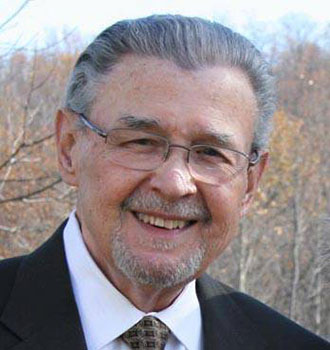 Dr. Homer Massey, an adjunct professor of religion in the Liberty University Baptist Theological Seminary (LBTS), passed away on Nov. 28 at age 76.

A memorial service is tentatively planned for Jan. 3 at Thomas Road Baptist Church, where Dr. Massey served as an associate staff pastor from 1987-89 and led the Steadfast Bible Class from 1997 through last year.

His legacy at Liberty University will be long-lasting. He taught at Liberty for more than 20 years and pioneered teaching online for LBTS. He was a professor of practical studies and was in the seminary’s Practical Ministries Cohort.

Jay Spencer, now dean of the Liberty University Online Academy, served with Dr. Massey as an academic advisor when Spencer was dean of the School of Lifelong Learning (SLL), a predecessor to Liberty’s online program. Massey was its first registrar.

“Homer was very innovative as he worked with our advising team in establishing policies that met our academic goals and the needs of distance learning students, which constantly needed to be evaluated because of the school's growth,” Spencer said, noting SLL’s enrollment reached 19,000 in 1991. “He had a unique career because he was a pastor and an advisor, and later a professor.”

Prior to arriving in Lynchburg, Massey served as senior pastor and associate pastor for churches in Va. and N.C. for nearly 30 years. After receiving his undergraduate degree from Bob Jones University in 1963, he earned his Master of Divinity and Doctor of Ministry degrees through LBTS. He also taught evangelism and Baptist history both residentially and online at Liberty University, subjects he wrote about extensively.

At the time of his retirement from teaching on-campus classes at LBTS in 2010, Dr. Massey was a member of the Virginia Baptist Historical Society, the Baptist History and Heritage Society, the Evangelical Theological Society, and the American Society of Church History. He also served as a board member and treasurer for Timothy International Ministries and was appointed by Lynchburg City Council to serve a three-year term on the Social Services Advisory Board.

Massey and his wife, Mary, celebrated their 50th anniversary on Aug. 1, and the couple has two children and seven grandchildren.

A brief obituary appeared in The News & Advance on Nov. 30; a more extensive one is planned for later this month.