Gov. Bobby Jindal to give keynote address at 2014 Commencement 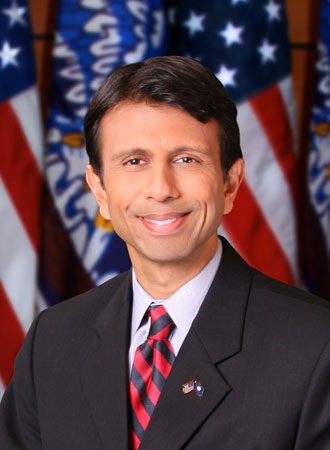 Liberty University has announced that Louisiana Gov. Bobby Jindal will be the keynote speaker for its 41st Commencement ceremony on Saturday, May 10.

Jindal, now in his second term as governor, is known for leading Louisiana in its reform of ethics laws, eliminating taxes that deterred investment, and for setting all-time employment records in the state. As a result of Governor Jindal’s reforms, Louisiana now ranks higher in every national business-climate ranking than it ever did prior to 2008. He has also been recognized for leading the largest evacuation of citizens in U.S. history in the Hurricane Gustav response, for instituting the statewide school choice scholarship program, and for making strides in transforming Louisiana’s health care system. Jindal’s brand of conservatism has made waves across the country.

“Governor Bobby Jindal has lived the American dream, rising from humble beginnings to become one of the rising stars on the national political scene — and his rise has not yet waned.  Many believe he could hold the highest office in the land someday. I believe he will be an inspiration to our graduates, not only because of his life’s story, but because he shares many of the conservative and Christian values that Liberty University graduates hold dear,” said President Jerry Falwell.

Jindal graduated with honors in biology and public policy from Brown University and attended Oxford University in England as a Rhodes Scholar. He has worked as a consultant for Fortune 500 companies, as Secretary of the Louisiana Department of Health and Hospitals, executive director of the National Bipartisan Commission on the Future of Medicare, president of the University of Louisiana System, and was appointed by President George W. Bush to serve as Assistant Secretary for the U.S. Department of Health and Human Services. In 2004, Jindal was elected to the 109th United States Congress representing the First District of Louisiana and was re-elected to Congress in 2006. He was elected Governor of Louisiana in 2007.

Commencement begins at 10 a.m. on Saturday, May 10, at Williams Stadium.