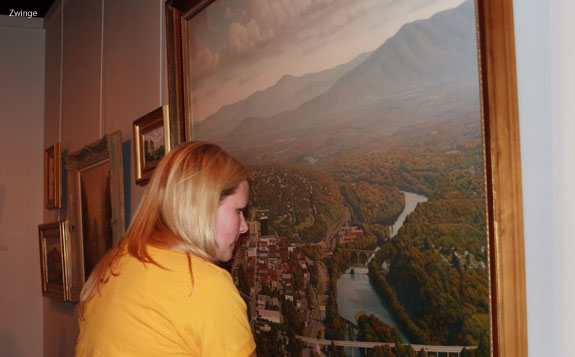 Liberty University held its first art show opening in its new gallery on Thursday. Students, faculty and community members stood in line at the Visual Communication Arts (VCAR) Department to peruse the works of David Heath, a renowned painter of contemporary American landscapes, in the new 30-by-38-foot gallery.

Renovations to the VCAR Department, completed this summer, include the gallery — with 13-foot ceilings, larger track lighting and a professional hanging system — and two new studios for sculpting and ceramics.

The expansion will undoubtedly create a better experience for VCAR students and build the program’s reputation. It will also allow the university to develop an art collection and bring in more talented artists like Heath.

Heath, who lives at Smith Mountain Lake in Virginia, has had his work exhibited in public, private and corporate collections throughout the United States, Europe and Asia. He attended Central Virginia Community College and Virginia Commonwealth University, pursuing a degree in commercial art, but said he specifically tried to avoid painting classes because he did not want to paint.

It wasn’t until after he graduated and got a job that he became really excited about painting. He realized he could make money doing it, and began to study European and American landscape painters and invest more time into his art.

“The more time you put into something … it falls into place,” he said.

Hard work and dedication, combined with his undeniable gift for painting, have made Heath one of the most talented landscape artists of our time, painting in a style uniquely his own, yet influenced by Hudson River School artists.

“I chose landscapes because I love to be outdoors. I want you to feel like you can step into my paintings, to be a part of the painting, to get lost in the painting,” he said.

Heath is a Christian who expresses the beauty of God’s creation in his intricate paintings.

Todd Smith, director of the VCAR program, said he believes Heath’s success and excellence as a Christian and as an artist can be an example to art students at Liberty. In the VCAR program, Smith said he strives to train students to “fulfill Dr. [Jerry] Falwell’s goal of being salt and light in art, medicine and every other field.” 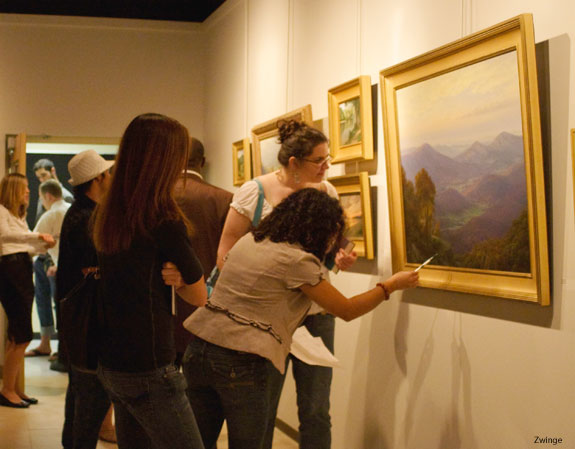 The VCAR department provides a wonderful opportunity for young artists at Liberty to learn and hone their skills in a Christian atmosphere as they are equipped with a theoretical and historical understanding of studio art or graphic design. Classes range from the cutting-edge subjects of desktop publishing, digital imaging and 2D/3D animation, to the traditional arts of painting, drawing and sculpture.

Smith said he is excited for the university to be able to showcase the artwork of students, regional and national artists for the Liberty community and Central Virginia residents to enjoy.

Senior Samantha Ritch, a graphic design major, agrees: “I think it’s really good that the university was able to put money toward the VCAR program, and it’s really cool that they could bring in a big-name artist like this.”

David Heath’s works will be on display until November 9 in the newly constructed VCAR Art Gallery (located in the Visual Communication Arts studios in the Student Life and Academic Building). Entrance to the gallery is across from the Vines Center on the Helms School of Government/Visual Communication Arts hallway. For more information, please call (434) 582-2285.