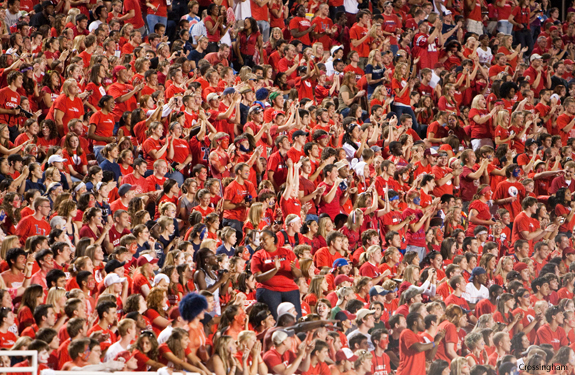 Arthur L. Williams Stadium was completed in 1989 with seating capacity of 12,000. The Williams Football Operations Center was added in 2006.

Now plans are under way for major stadium renovations to begin immediately following the end of the football season in early November. The project calls for boosting the stadium’s seating capacity to 30,000 over the next five years. For more information, view a special edition of the Liberty Journal.

For more information on Williams Stadium and other athletic facilities on campus, visit www.libertyflames.com.