The car rounded the street corner at 100 miles per hour, the momentum sending it rolling. Then-17-year-old John Mackenzie (’19) was riding in the backseat. His door fell off as the car rolled, throwing him onto the ground before the car’s door frame landed on his neck. 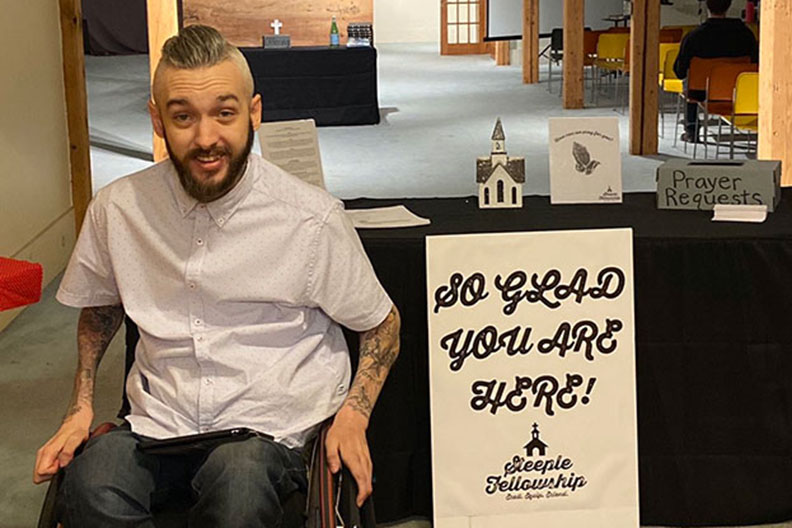 The 2006 accident left him paralyzed from the neck down for the next several years. Now, Mackenzie has limited use of his arms and hands but just feels blessed to be able to serve the Lord through sharing his story.

Mackenzie grew up in Orange, Mass., a small town an hour outside of Boston.

“I was blessed to come from a Christian family,” Mackenzie said. “Sadly, it is very common for a lot of teenagers to not seek after the Lord during their high school years.” 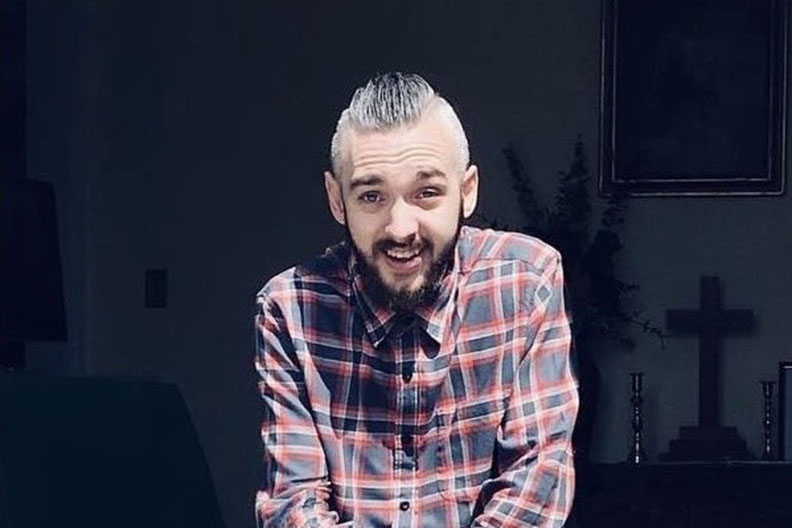 Mackenzie said he was one of those teenagers. His season of drifting away from the Lord led to the night of the car crash when a decision to go street racing left him a quadriplegic.

After battling through surgeries and overcoming relentless odds following the car crash, Mackenzie has still been able to see the Lord’s mighty hand at work in his life.

“I just want to shout for joy on the rooftops as I proclaim His beautiful name,” Mackenzie said.

“God knew what He was doing in keeping me alive and if it wasn’t for Him, I think I would have crawled into a hole by now. He is my backbone.”

In the years following his accident, Mackenzie began praying about planting a church in his hometown.

“When I was in my early 20s, I felt the call to go into ministry,” Mackenzie said. “I wanted to glorify God as much as I could through my injury, so I began to travel to various churches throughout New England to share my testimony. It has been such a blessing to be able to do that because my heart has always been for New England.”

Mackenzie said he realized that if he was going to legitimately pursue church planting, a bachelor’s degree would help. Due to his medical needs, Mackenzie sought a university with an excellent online program and professors who were compassionate and willing to accommodate his disabilities.

“Liberty had exactly what I needed, and I am so grateful for that,” he said. “They have been instrumental in helping me to be able to take some steps in ministry that I might not have been able to take without a college degree.”

Mackenzie enrolled in Liberty University Online Programs as a Christian Ministries student in 2013.

“As a quadriplegic, my college path looked a little bit different,” Mackenzie said. “I had to take a few semesters off along the way due to some surgeries and health challenges that I encountered. But overall, I was so thankful for the incredible online program that Liberty has and how accommodating the professors were.”

With the support of his friends and family, Mackenzie founded Steeple Fellowship Church, which opened for the first time in January. On opening Sunday, the church had over 100 people attend.

“This church has been grounded in prayer, and we have tried our best to do everything biblically and the right way,” Mackenzie said. “We are from a really small town, and it’s been so encouraging to see that the church has been received well. Everyone has been so excited about the church starting, so I am very grateful.”

Mackenzie said that he is excited to spend the rest of his life serving people through the ministry of Steeple Fellowship Church.

“Thankfully I do have some arm function despite the spinal injury that I have,” Mackenzie said. “I’m so grateful that my brain is sound, and I am very excited to see what the Lord continues to do through the testimony He has given me about His faithfulness.”