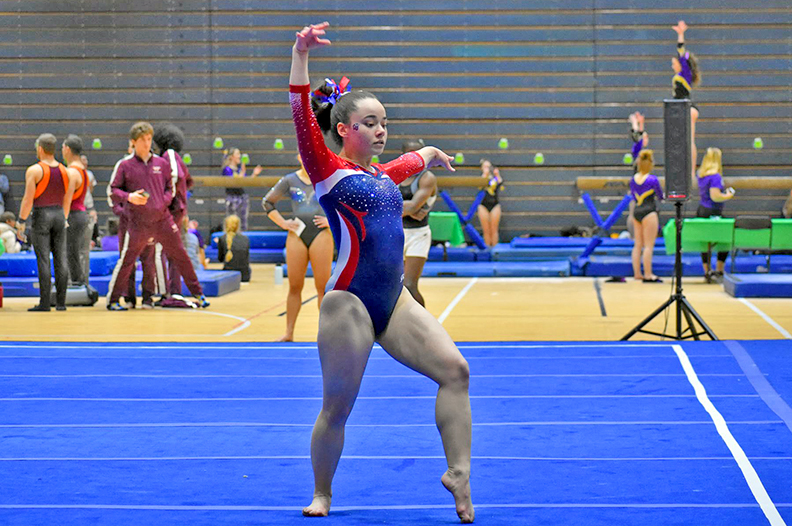 The figures — 3.36 for the spring semester and 3.34 for the year — set new standards of academic performance within Liberty’s thriving Club Sports program. With about 600 student-athletes, Liberty’s program is one of the most robust of its kind in the country. Club Sports teams travel all over the nation, with some competing at the highest level of collegiate competition that is available in their sport. The programs broaden the college experience and lead to rewarding results in improved graduation and retention rates. 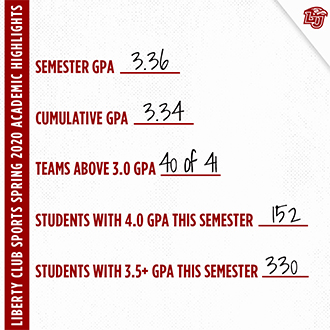 Overall, for the second year in a row, 40 of 41 teams maintained a GPA of 3.0 or higher with 330 — more than half of the student-athletes — earning Dean’s List honors with GPAs of 3.5 or higher and more than a quarter (a whopping 152) recording perfect 4.0 marks this semester.

Liberty's Division I men's hockey team, which raised its cumulative GPA from around 2.75 to 3.46 over the past four years, had eight junior and senior players named ACHA Academic All-Americans this season.

“Students have continually shown they are capable of really high academic standards, and it has been great to see them take on that challenge,” she said. 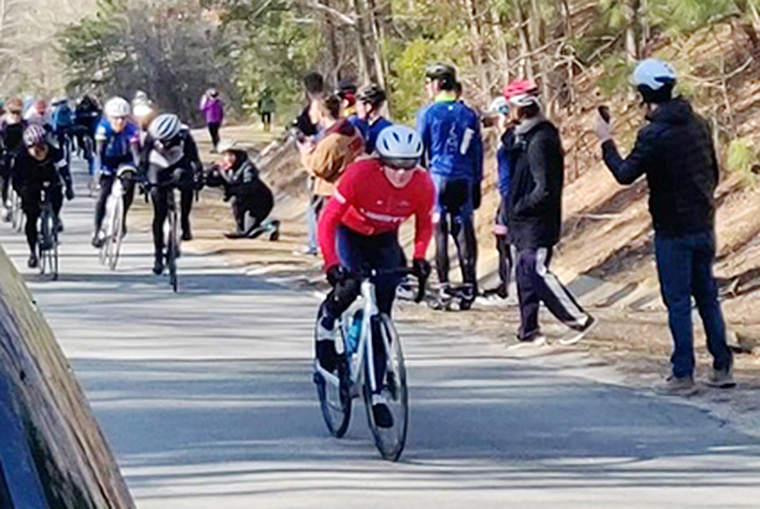 This semester stretched that staff as never before with classes moved online immediately after Spring Break due to the COVID-19 pandemic. But Kelly said they rose to the challenge and worked proactively to provide academic support to student-athletes who needed it.

“With the changes of classes moving online, it was definitely a concern for us, so we reached out to all of the student-athletes with resources and kept in contact with them through online options,” Kelly said, noting that they relied on Club Sports coaches to alert them to issues involving their athletes.

Even though many students were no longer physically on campus, they were connected with tutoring options still available through the College of Applied Sciences and Academic Success (CASAS) and offered assistance in navigating Blackboard and accessing resources through the Jerry Falwell Library.

Besides being taken out of their daily routines and not having the incentive of practicing or competing with their teams, Kelly said student-athletes responded with resolve to complete their semester studies with excellence, even while dealing with distractions they wouldn’t normally have had.

“A lot of them faced the challenge of being at home and having family around, which can be a distraction,” she said. “Working from home is definitely a different environment than working at school, where students have the library and study halls, as well as their classrooms. It was a different dynamic in getting things done, but everyone really did stay on track pretty well toward graduation.”

Club Sports had about 100 student-athletes graduate this year, though some who received undergraduate degrees may return after having their senior seasons cut short this spring to take advantage of a fifth year of eligibility and pursue graduate degrees. 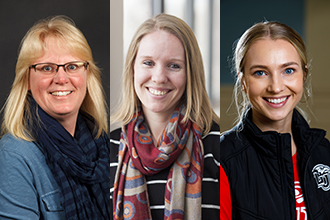 “Those are the four big areas, and we emphasize through our incentive program making time for each of those to help balance life and make sure they enjoy their experience at Liberty, and are not overly stressed through their time here,” Kelly said.

Holland coordinates seminars with other Liberty departments and plans 12 events a year (six per semester) available to all student-athletes in conjunction with Club Sports study halls, covering topics such as academics, social life, stress management, time management, health and nutrition, and career planning.