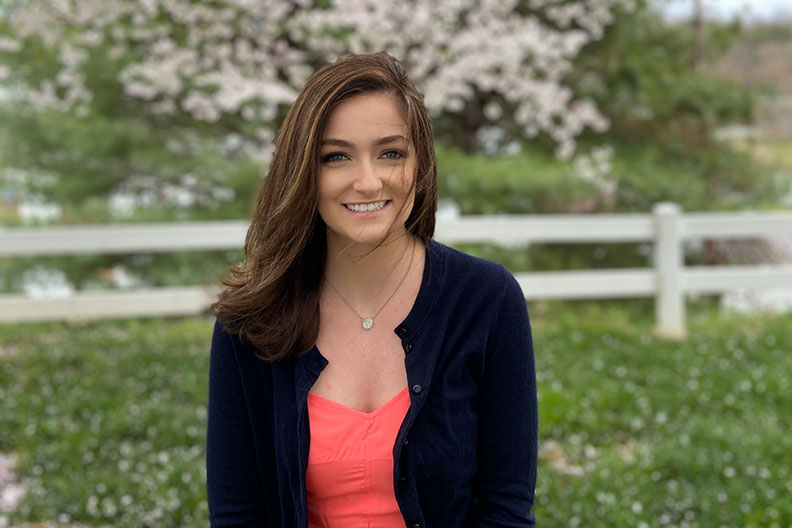 While in high school, Gloria McDonald dreamed of becoming a journalist. Her interest in foreign affairs caused her to frequently glue her eyes to the television, watching the latest international news unfold.

McDonald still holds a love and appreciation for good journalism, but her passion for understanding and influencing international affairs outweighed her desire to be the distributor of information.

“I always loved watching the news and journalism,” McDonald said. “And I have found that international relations gives you the framework to understand what’s happening in the news.”

McDonald, now a senior international relations student at Liberty, has garnered more experience than most college students in her field, having completed two back-to-back internships at the United States Embassy in Ukraine in the summers of 2018 and 2019.

McDonald has always loved traveling and also participated in a study abroad program in Spring 2017 to Oxford, England.

The opportunity to intern in a foreign country arose from a conversation between McDonald and her academic advisor. After applying through the U.S. State Department Student Internship Program and waiting several months, the U.S. Department of State assigned her to Kiev, Ukraine, based on her interest areas, background, and language skills.

“I never really would have thought of Ukraine,” she said. “It was really exciting and cool. I wasn’t very familiar with Ukraine at the beginning, so it was very intimidating.” 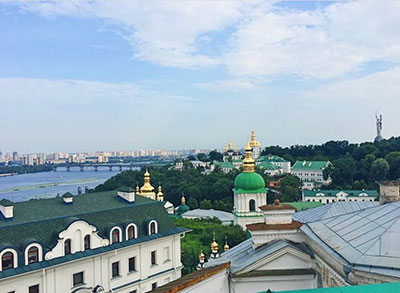 She immediately did a Google search on Ukraine, eager to learn more. However, as expected, most of the news involving Ukraine did not exactly echo safety.

“I was so nervous,” she said. “But you have to get past the headlines of the country, and you have to examine everyday life there. That’s when you start learning about the culture and what Ukraine is actually like.”

While at the U.S. Embassy in Kiev, she served the United States Marine Corps presence in Ukraine, the Diplomatic Security Service and their agents, and the Ukraine security operatives and their agents, who access threats occurring in the country and orchestrate game plans for responding to those threats.

Although McDonald’s location in Kiev was roughly four hours from the front lines, her internships provided an avenue to experience the real-world working environment like never before.

“It was a lot more exciting than challenging,” she said. “It’s a very complex environment, because you’re always dealing with protestors and Russian aggression, and all the politics that goes into play with that.”

Practicing fundamental people skills, McDonald said, is the cornerstone of international relations. Understanding multiple sides of every political issue is the gateway to better understanding of how the United States should approach the situation.

“Diplomacy is all about how you’re able to get along with people,” she said. “You build relationships and you’re trying to develop trust between the United States and the host nation counterparts. It’s about being able to assert American values and interests while understanding what interests they’re also trying to project and how you’re able to find common ground with that.”

McDonald’s international experiences have been a blessing, and she wants to aid the efforts against human trafficking.

“I feel so passionate about women’s issues in general, and the reason I’m passionate about trafficking is because it’s such a dehumanizing industry,” she said. “And the perpetrators of it don’t see the value of human life, but the more I have learned about the Gospel, I have learned how much value God placed on every single person.”

Both the work experiences and lessons from Liberty prepared her well to work on the issue areas she is passionate about.

“I think all the lessons Liberty students are taught on Wednesday nights at Campus Community or during (Convocation) are the principles that will get you much farther in life in the long road, rather than just having a prestigious name or a credential behind you.”