The Vines Center’s silver dome has been a familiar icon on Liberty University’s campus since 1990. Now, as the campus has undergone a major transformation with several new buildings, the center will receive a new roof that will better match the campus architecture.

“The existing roof has lasted us 30 years, but has had leaking problems recently,” Liberty President Jerry Falwell said. “When we evaluated the cost of trying to make repairs versus the cost of an entirely new roof, we could get the best value long term if we replaced it. It will match the aesthetics of our new campus structures and give us much better acoustics.” 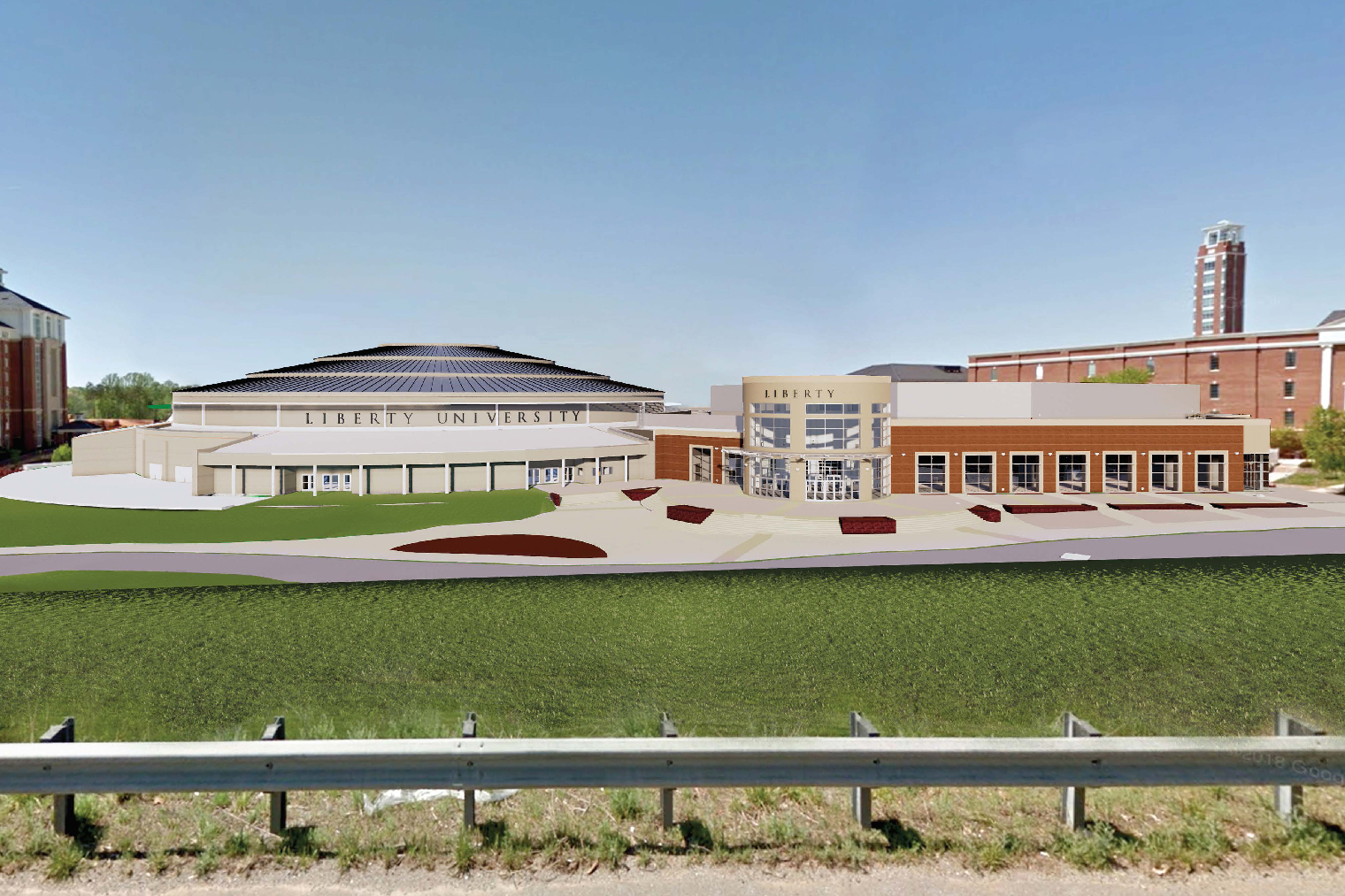 Vice President of Major Construction Dan Deter said the Vines Center will have a standing seam metal roof, the same as other campus structures. The overall height will be reduced 30 feet so it will complement the new adjacent Liberty Arena currently under construction.

Deter said work on the new Vines Center roof will start this spring, but a major part of the construction will take place this summer with the goal of completing it at the same time that the Liberty Arena is scheduled to open in the fall. Crews will work solely on the roof, without disturbing the interior.

“Because the venue is used by multiple different groups, we had to target a short window to get it done and have it up and functional by the 2020-21 academic year,” Deter said.

He said the Liberty Arena rising between the Vines Center and DeMoss Hall remains on schedule to open its doors in time for the tip-off of the 2020 basketball season in November.

He explained that the steel framework of the building is nearly complete and crews are adding the roofing materials now, which will soon allow for interior work regardless of poor weather conditions.

“The steel erection for the Liberty Arena was a major milestone and it has been completed, with the exception of the small entry area on the University Boulevard side,” Deter said. “The roof is the next big stage, and once that’s done, we will be much less dependent on Mother Nature to continue to make progress.” 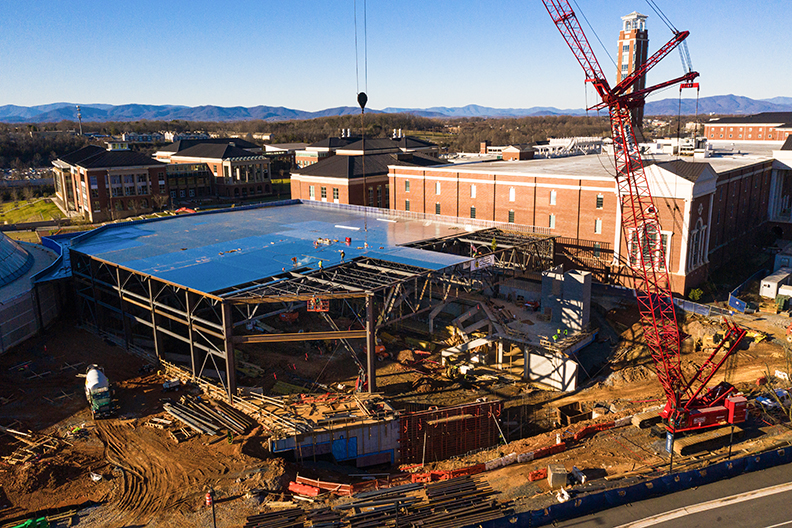 The new arena will become the new home court for Liberty’s men’s and women’s basketball teams and the women’s volleyball squad, with expanded locker rooms and offices for the volleyball program located on-site as well. The 4,000-seat, 115,000-square-foot venue will accommodate other events that are better suited to a smaller space than the Vines Center next door, which has a capacity of 10,000. The arena will also have an entrance from the Academic Lawn.

Students and guests who will be attending events inside the new arena will also be able to make use of a new parking garage currently under construction across U.S 460 and planned in coordination with the arena’s opening. With the foundation close to completion and the vertical beams scheduled for late January, Deter said the nine-floor, 2,000-space parking facility also remains on schedule, barring weather delays, for the start of the new school year in the fall.

“It’s on track, a lot of the panels are already made and just need to be driven in, and once we get the panels on it’ll go up quick,” Deter said.