Liberty University students listened intently during Convocation on Friday as former U.S. Ambassador to the United Nations Nikki Haley shared lessons from her life in politics and business.

Being a woman in politics, growing up as an Indian-American, and standing out as a conservative, Haley outlined how she has navigated the field using “grit and grace.” Haley’s visit came on the heels of the release of her new book, “With All Due Respect: Defending America With Grit and Grace.”

Joined on the stage by Liberty President Jerry Falwell, his wife, Becki Falwell, and Senior Vice President for Spiritual Development David Nasser, Haley told students that she carried the principles she learned in childhood into her fight for people as an ambassador. She said that enduring being bullied as a child helped her to learn how to succeed in a career where she fought for others’ freedoms. 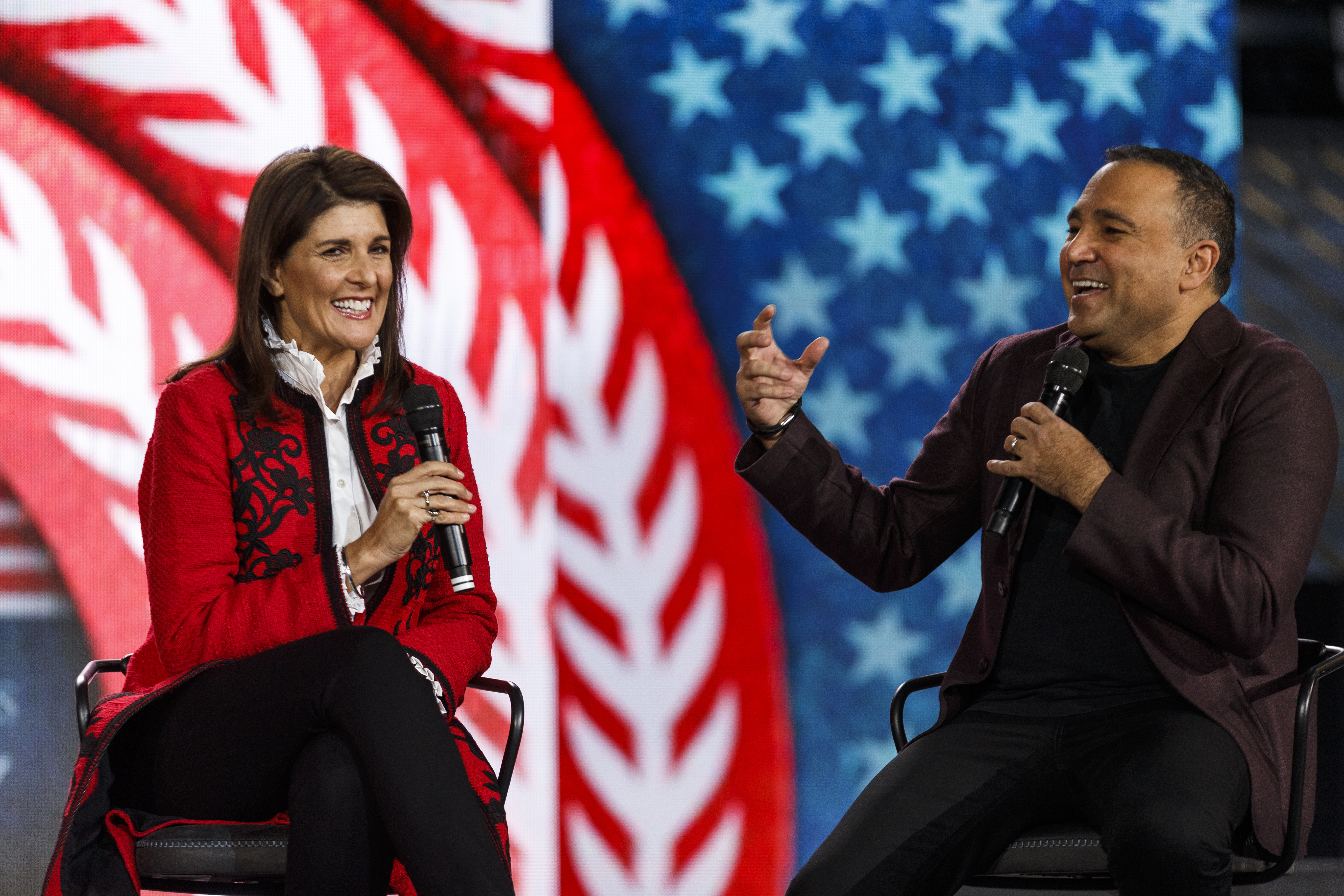 She said she learned lessons in showing mutual respect despite differences.

“When you’re faced with a challenge, if you first talk about the things you agree on, everyone lets their guard down, and then you can come to the true challenge and reach your solution in the process,” Haley said. “You can be tough, but you don’t have to be hateful.”

She highlighted her times spent working with President Donald Trump in the heated moments of modern politics. When President Trump first extended her the offer to become ambassador, she proposed a few conditions: she wanted to join Trump’s Cabinet, be a member of the National Security Council, and have the ability to say what she thought. 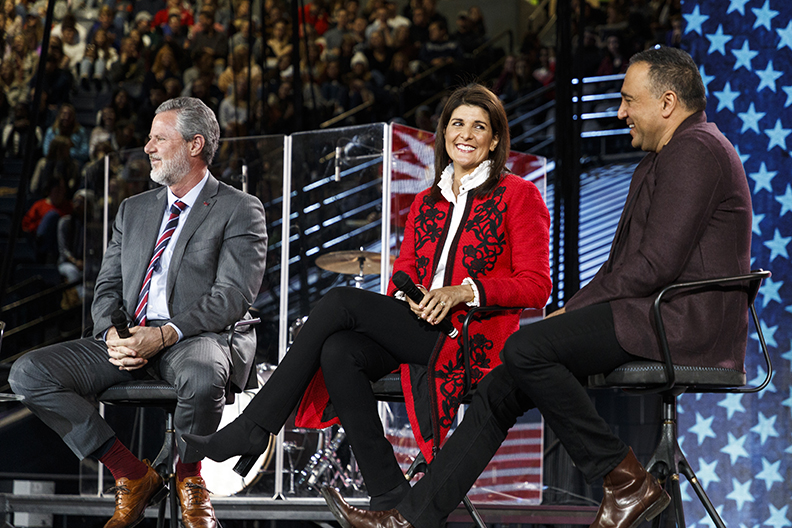 “That’s when he (Trump) said, ‘That’s exactly why I want you to do this.’ And he was true from his first day to his very last day,” Haley said.

Although she doesn’t always see eye to eye with the President, she said they respect one another, and she emphasized the value that every person’s voice can have in the structure of government.

“Every one of you has that power. It’s a power that you should hold very dear, and when you see something wrong, you should say it,” Haley said. “When you see the grain going (one) way, you don’t need to go that way.”

She spoke about her conservative values, including her stance on abortion.

“I’m pro-life not because the Republican Party tells me to be … I’m pro-life because I understand the value of life.” 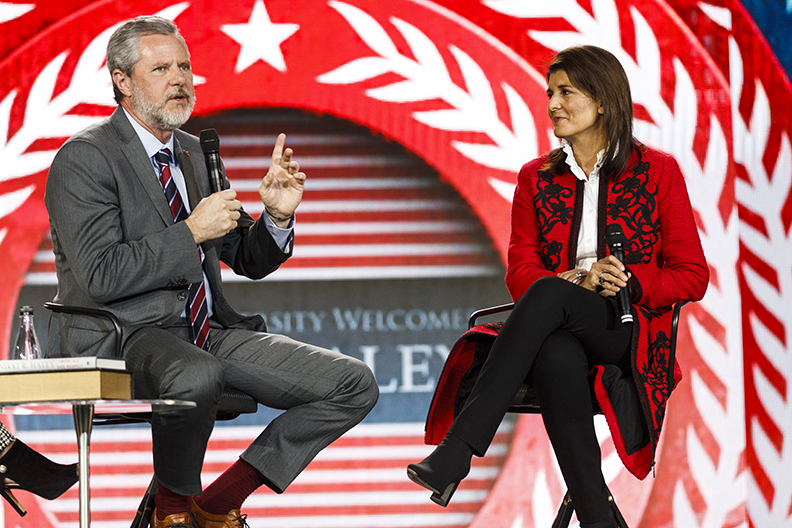 She said as ambassador, she stood up for the interests of the United States and for Christians in all parts of the world.

Haley, who served as South Carolina’s first female governor, also opened up about perhaps the most challenging moment of her career: the Charleston Church shooting in 2015 where nine parishioners were killed by a lone gunman who had been welcomed into their Bible study. Haley said her faith was the only thing that got her through that difficult time, and she shared openly about her struggle with Post-Traumatic Stress Disorder after the shooting as she helped the families and the community deal with the tragedy. 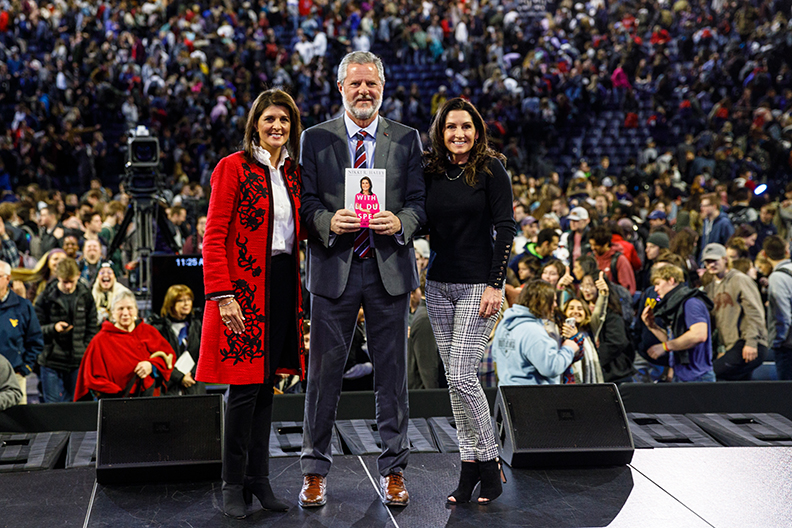 “I felt so desperate at the time, and the one thing that I will say saved me was my faith. That’s when I really just threw it in God’s hands and said I need to be lifting up the people of South Carolina, I need You to get me through this. That’s really the moment where I felt my faith grow to something so much bigger than me.”

Haley spent time after Convocation meeting with students and posing for photos.

“Ambassador Haley is what every politician should be: encouraging, open-minded, and willing to stand up for what she believes in,” said Haley Nordbak, a third-year law student at Liberty University School of Law.