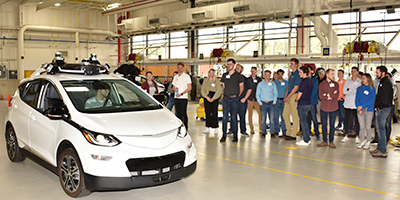 Thirty-two students from Liberty University’s School of Engineering and School of Business were invited on a special tour of General Motors’ Milford Proving Grounds and manufacturing facility near Detroit on Sept. 17, thanks to the generosity of Hendrick Motorsports and owner Rick Hendrick.

Accompanied by Dr. Mark Horstemeyer, dean of the School of Engineering, and Dr. Hector Medina, professor of mechanical engineering, the group flew out of Lynchburg on a private plane, along with Hendrick Motorsports  representatives Alba Colon, its director of competition systems; Chad Knaus, crew chief for NASCAR Cup Series driver and Liberty student William Byron; and Chris Haid, director of marketing services. 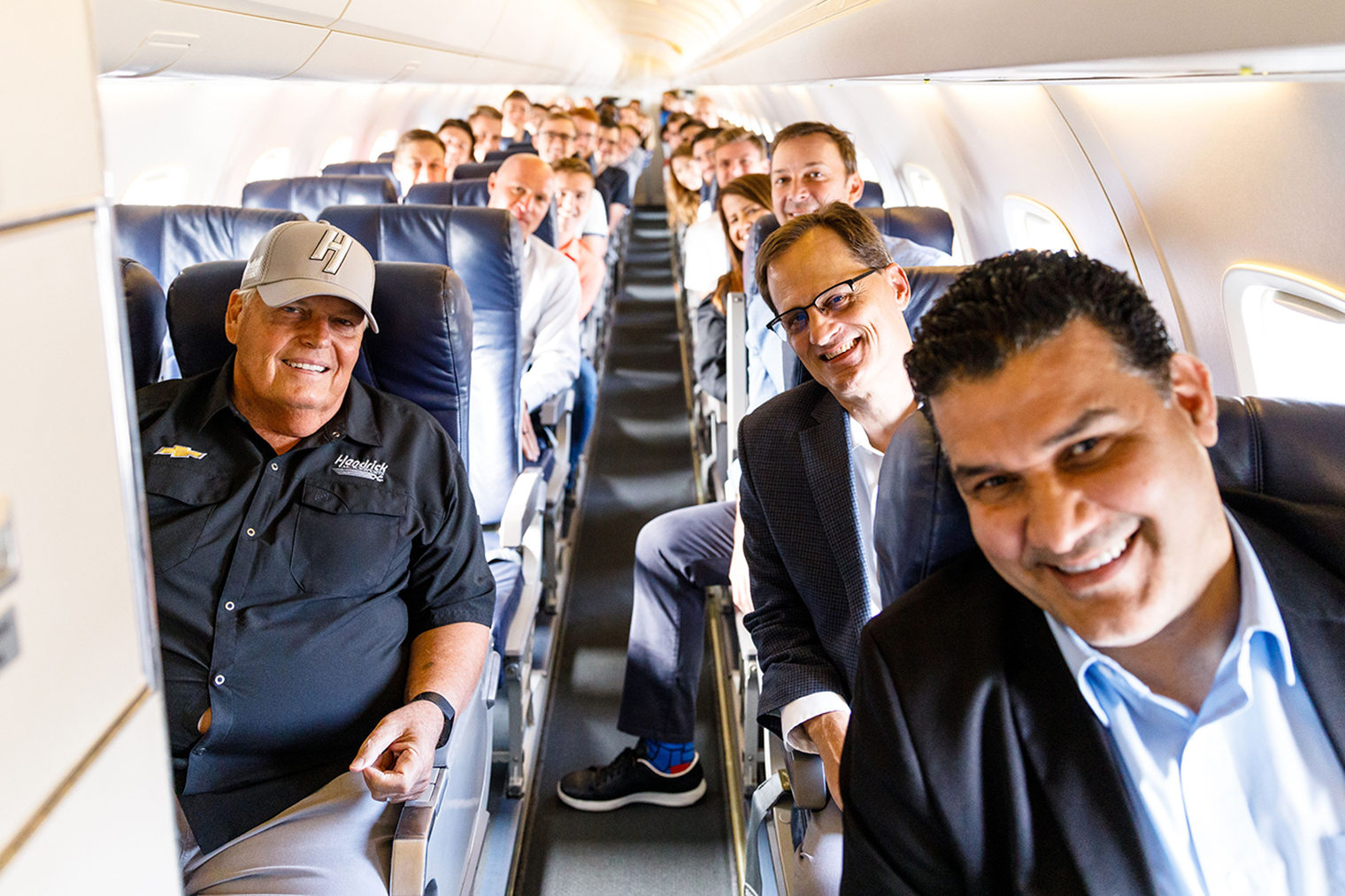 “Rick Hendrick’s generosity to take the students on the Hendrick plane and set up the VIP tours as he did revealed his passion and care for the students and Liberty University,” Horstemeyer said. “A man of his background, successfulness in life, and graciousness in giving is a living example for all to see. I believe that the students garnered a transformative experience from this trip in many ways.”

“The trip was incredible,” senior mechanical engineering student Andrew Mann added. “We got to see some really cool things at GM (such as) electric vehicle technology and a demonstration of the active safety features on their cars. It was such a blessing from Mr. Hendrick to take us on this trip, and we are so thankful.”

The group also visited Building 16, where the company’s line of electric vehicles are manufactured and engineering work is done. They then witnessed active demonstrations involving vehicle safety testing and technology before driving instructors gave students rides on the autocross course in new models of Camaro and Corvette vehicles.

Many of the students are members of Liberty’s Formula SAE (Society of Automotive Engineers) team, a group that is designing and building an electric car that it plans to enter in a national competition in Lincoln, Neb., in June. Hendrick Motorsports is lending support to the project.

“The visit to GM’s Proving Grounds was unbelievable, and the LU Formula SAE team members had a once-in-a-lifetime chance to learn more about the technology being applied and developed in the auto industry,” said Colon, who will visit Liberty in October to speak to engineering, computer science, and information technology students. “We met with GM executives and experts on autonomous vehicles and battery technology and there were lots of great questions being asked by the students.”

Medina said GM does not normally provide such a customized tour for universities. 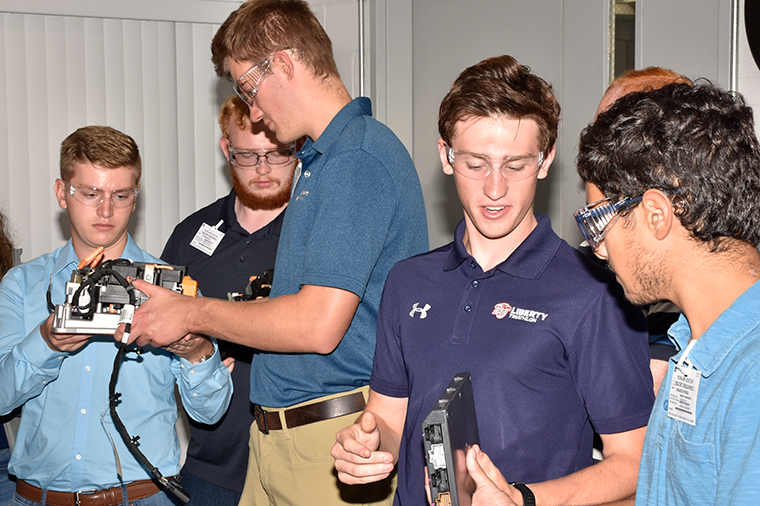 “We feel privileged that our students got the opportunity to see the proving grounds of GM and the facilities where electric cars and self-driving cars are being designed and produced,” he said. “Students got to hear from GM engineers about concepts that they are currently studying and the software that we are using to teach the students, they are actually using it at the plant.”

“It was an incredible experience that taught me a lot about the complexity of vehicle engineering,” said Eric Turman, co-captain of the FSAE team. “The generosity from the members of Hendrick Motorsports and General Motors was so encouraging, and I cannot thank everyone enough who took the time to interact with every member of our team.”

“The standard of excellence that the engineers at GM maintain with every component of their vehicle design was an inspiring example of what it looks like to be a professional engineer in the workforce,” said Emrik Vandermark, captain of Liberty’s FSAE team.

Medina said the opportunity could open doors for students as they prepare to enter a wide array of career fields.