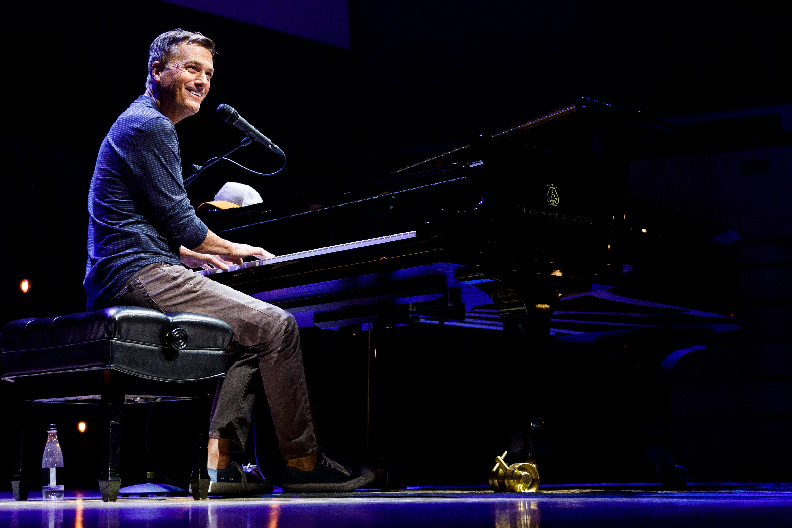 Multi-platinum recording artist Michael W. Smith told music students at Liberty University on Wednesday that his best days are ahead of him. That’s after 35 years of success in the industry, three Grammy Awards, and over 18 million albums sold.

“I think my best days are ahead; I feel it. I’m still passionate for what I do; I’ve been doing this for a long time, and I just sense that God is stirring something. I still have my ear to the ground,” he told students who gathered in the Center for Music and Worship Arts Concert Hall for a special question-and-answer session.

Some of those best days could be at Liberty.

Smith is the executive director of Liberty’s new Michael W. Smith Center for Commercial Music, which launched this fall. The artist visited campus this week to meet with university administrators, School of Music leadership, and students to set goals and cast vision for the center. On Wednesday morning, he was a special guest at Convocation, leading worship for the student body and telling a few personal stories about how he has seen God’s presence in his life. He shared anecdotes about his father, who was always shining the love of Christ, and he reminded those who are not as fortunate to have a father like his to look to God for that love. 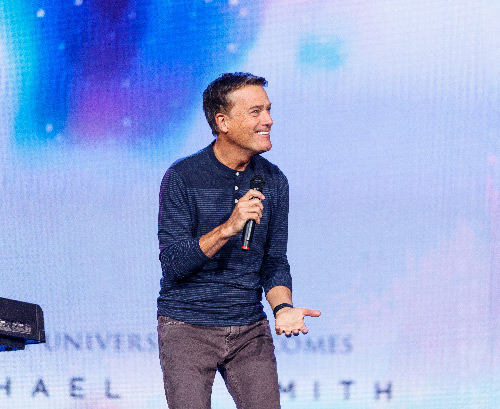 After Convocation, Smith headed to the Concert Hall for an hour-long meeting with nearly 1,000 music students, campus worship leaders, faculty, and staff before enjoying a private time of worship with LU Praise, the School of Music’s gospel choir.

Smith shared some of his personal and career challenges with the music students, imparting wisdom on everything from getting through a writing block and waiting patiently on the Lord for the creativity to flow to lessons on practicing humility as a celebrity and leaning on others’ faith when you have struggles with your own. He played parts from his favorite songs over the years, including cinematic scores, and told students his next task to complete is a “vibrant and fun” symphony, which he has been working on for several years. 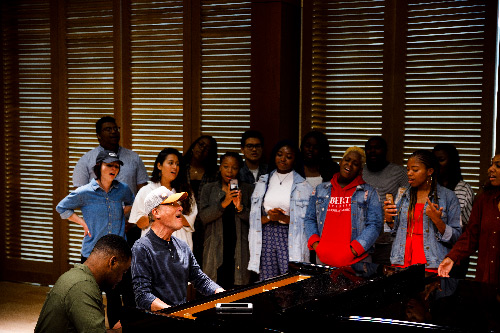 Senior Amber Taylor, a member of LU Praise, said Smith’s visit and involvement with the new center and the School of Music was highly anticipated by the students.

“I was really excited because he’s a giant in the Christian music world, from way back. For me, it’s a big deal because I one day want to do what he does, and now I’m seeing how it plays out,” she said. “To have people like him be so willing to come here and pour into us is wonderful. It’s not every day you meet someone that great who says, ‘Yes, I’ll sit down with your students’ and ‘Yes, I’ll come listen to your choir and sing with them and just love on them’ — and that’s a big part of what he does.”

“It was amazing to get to worship with him and just see his heart for the Lord and well as for him to see ours,” added senior and fellow LU Praise member Jasmine Jackson. “That’s the most important thing and what we’re here for.”

Smith said he plans to return to the university in the coming months, making the new center a priority even with a busy touring schedule of 38 shows before the end of the year. He’ll also be talking to classes remotely through video calls and teleconferencing. 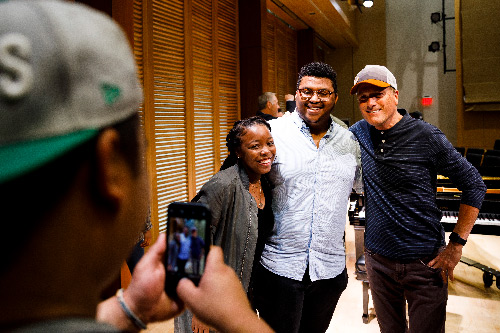 Pouring into the younger generation, he feels, is his responsibility.

“I’m kind of a father too — I feel like it’s really my responsibility. To who much is given, much is required. My responsibility is not to go retire and just hang out and play golf for the rest of my life — I’m just not going to do that. I feel like part of my calling is to mentor young students, not only in the creative part but hopefully teach them a little bit about life, and not only share with them my triumphs but also the missteps I took along the way.”

He said spending time with students and seeing the growth of the campus and music program was a great motivator for him.

“It’s great just being here, you just feel there’s some energy here, and I think for everybody I’ve talked to and know, there’s a real pure heart here to do the right thing and want to see the Kingdom further advancing — and we’re going to play our part in doing that.”

Liberty announced the new center in June, which will coincide with a major recording initiative that will attract new and already successful artists from across the country. Kevin Jonas, father and original manager of the Jonas Brothers who launched their music careers in 2005, will also play a pivotal role in working with students to introduce their talent to the world by publishing and recording music. Serving as Liberty’s newly appointed Commercial Music Industry Liaison, former Christian recording artist and music industry practitioner Al Denson has been a key player in securing Smith, Jonas, and others for this unique School of Music partnership. 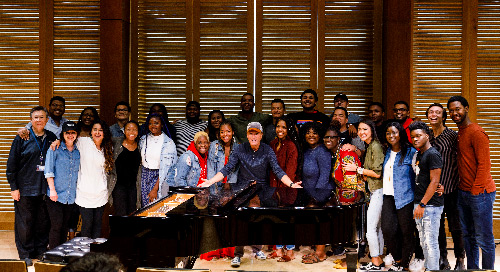 Dr. Vernon Whaley, dean of the School of Music, said the goal of the center is to "equip musicians for marketplace evangelism” in today’s music culture, reestablish the culture for God’s glory, and become a top choice for the training and equipping of commercial music professionals.

Programs under the new center will be open to all students, regardless of major, and Whaley encouraged anyone who "believes God is calling them to impact the music industry for the Kingdom of God" to get involved.

“Some of you have the gifts to be artists like Michael W. Smith, others have the gift to be publishers or session leaders and so forth, and we accept the opportunity to train every single person for the glory of God and for the testimony of Jesus Christ,” he told students in Convocation.

For more info about the Center for Commercial Music, contact Timmy Williamson at tjwilliamson2@liberty.edu.