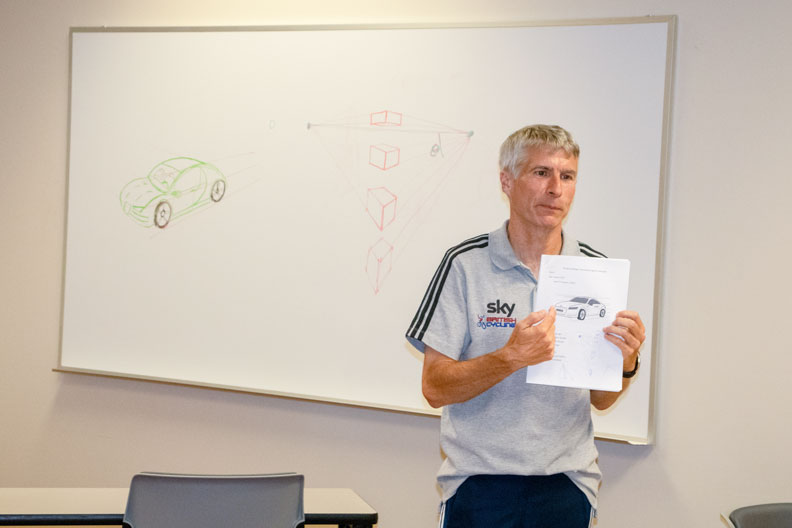 Before most students even arrived on campus, a group of Liberty University engineering students took part in a two-week intensive course taught by world-renowned engineer Dr. Stuart Burgess, professor of engineering design at Bristol University, UK, and an external examiner at Cambridge University.

Burgess has worked with the European space agency helping design spacecraft since the early 2000s. He has also assisted the British Olympic Cycling Team with bike designs that will be used at the 2020 Summer Olympics in Tokyo. Burgess has won several national design awards, including The Design Council Design Prize presented by the Minister of State for Trade and Industry.

Dr. Mark Horstemeyer, dean of Liberty’s School of Engineering, said he wanted to bring in someone with real-world engineering experience like Burgess because “he has a lot of experience with systems engineering and he uses bio inspiration for design.” 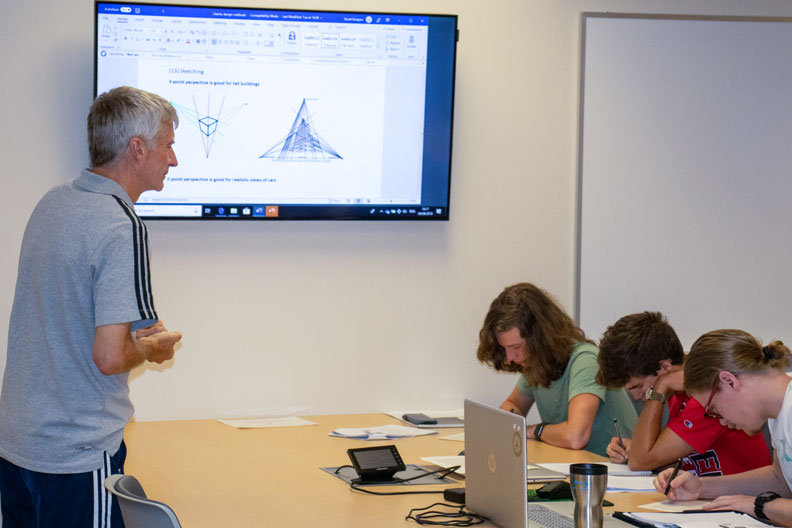 Burgess is well-known for his work in bio-inspired design — using the superior design in God’s creation as a model for designing products — and on his first visit to Liberty in the summer of 2014, he worked with the biology department to publish research related to the design of certain birds.

In his recent course, Engineering 497: Special Topics in Engineering, Product Design, he focused on a particular aspect of systems each day. The students put into practice the different engineering approaches they learned by designing a model of a vehicle.

Burgess said seeing the students’ creativity and initiative was his favorite part of teaching the course.

“It’s been really stimulating and fulfilling for me, being with very good students,” he said. “I’m very impressed with the engineering students here. … Every one of the students I’ve had in this class has surprised me with a really interesting, exciting idea. It’s a reminder that we’re all made in God’s image, we all have that ability to be creative. I’m trying to inspire the students to make the most of that creativity and that’s been the most enjoyable thing, seeing the creativity of the students.” 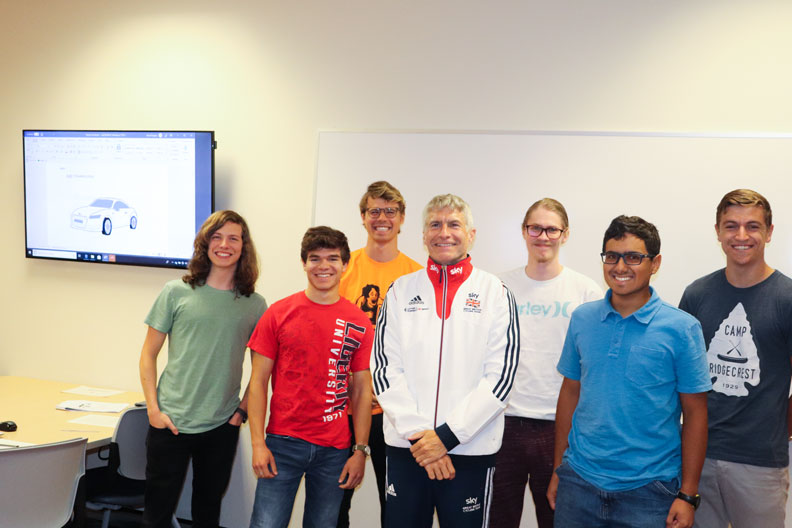 Senior engineering student Tim Arcuri said he was inspired by Burgess’ faith and how he expresses that in his work.

“My favorite thing has been his overall focus on design, from the standpoint of God being the ultimate designer and design being present within creation, and then us as engineers drawing inspiration from that and basically modeling our designs after God’s designs,” Arcuri said.

“Dr. Burgess is such a strong believer and that just adds another great aspect to it,” he added.  “We’re learning under not just a fantastic engineer but a fantastic man of God as well and I’ve thoroughly enjoying having that opportunity. It ultimately comes back to not just how to be a good engineer, but how to be a good Christian engineer, that’s something that’s going to be invaluable as we go out into workforce.”

Burgess said he enjoys his visits to Liberty.

He added that he loves the “bold vision” that Dr. Horstemeyer has for the School of Engineering, which includes what Horstemeyer calls “creationeering” — combining elements of engineering with elements of business and entrepreneurship to create practical design ideas.

Both Horstemeyer and Burgess referenced a quote from aerospace engineer and physicist Theodore von Karman to inspire students: “Scientists discover the world that exists; engineers create the world that never was.”