School of Aeronautics to expand to Cessna Pilot Centers nationwide 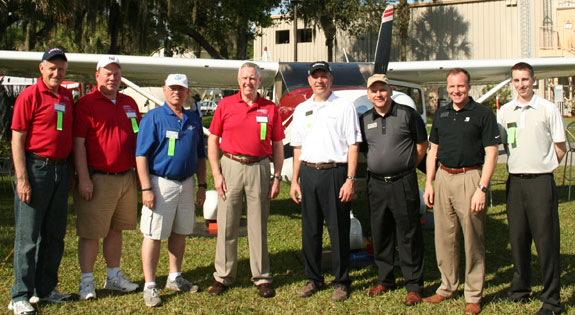 Liberty University School of Aeronautics (SOA) has reached an agreement with Cessna, part of Textron Aviation, a segment of Textron Inc. (NYSE:TXT), to provide an affiliate flight training program for its qualifying Cessna Pilot Centers (CPCs) at airports across the country.

Cessna, which operates a network of approximately 150 CPCs, will now make it possible for more of their students to not only earn pilot’s licenses, but also degrees in aviation. Under the agreement, students who enroll in flight training at a CPC can also enroll in Liberty’s online program leading to a Bachelor of Science degree.

“Through this program, potential students, whether they are coming out of high school or are already a career professional, cannot only receive flight training, but earn a college degree in an industry where jobs are growing to meet a large market demand,” he said. “It’s the equivalent of taking online courses, but having a lab for those courses in your own hometown.”

According to Cessna, more people visit their CPCs to earn their wings than any other flight school in the country. CPCs have been in operation for more than 40 years, teaching students to fly using the most updated technology and aircraft. In the past decade, more than 120,000 pilots have been professionally trained in a Cessna aircraft.

“Cessna is excited about what this partnership means for pilot training and the valuable education students will receive in conjunction with their real-world experience,” said Joe Hepburn, Cessna’s senior vice president of piston aircraft. “Liberty has an extensive catalog of online courses, which will enhance the experience gained through pilot training at Cessna Pilot Centers.”

The partnership was announced during the 2014 SUN ’n FUN International Fly-in & Expo being held this week in Lakeland, Fla.

Liberty has also entered into an agreement with two world-renowned aviation video instructors, John and Martha King, who will provide training kits for Cessna’s CPCs.

The SOA launched its first affiliate program in December 2013 at Newport News/Williamsburg International Airport. More than 50 students enrolled in the first month, “far exceeding our expectations,” Young said. That site was selected primarily because of its location — within 50 miles of eight military bases.

The SOA’s new affiliate programs are designed to aid military veterans and their qualified dependents who can use the Post-9/11 GI Bill education benefits. The SOA offers a specialization in military aviation as well as commercial/corporate and mission aviation.

Young said the SOA will expand its program to sites that are determined to have more student interest, with military locations being a priority.

The SOA is also expanding its reach to high schools where nearby CPCs can allow students to accomplish some of their training before graduation, helping them to enter the workforce even sooner.

Taking online aviation courses through Liberty is a solution for those who have considered a CPC but could not afford it. As a nonprofit institution, Liberty offers some of the lowest tuition rates among top online universities. Academic counseling will be available to discuss transfer credits, license credits, and a road map to a degree.