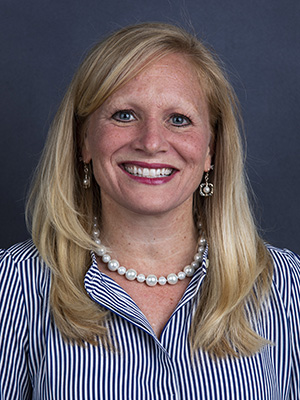 Andrea "Andy" Bloodworth begins her 13th year as an assistant on the Liberty women's basketball coaching staff, which ties her with Alexis Sherard as the longest-tenured assistants in program history. The team's co-recruiting coordinator also assists with development of the Lady Flames' point guards and scouting.

Liberty has claimed Big South titles during seven of Bloodworth's first 12 seasons on Liberty Mountain, tallying a 271-120 record in the process.

Bloodworth previously served as recruiting coordinator for the Valparaiso women's basketball team for two seasons (2005-06 and 2006-07), working with the Crusaders' perimeter players and assisting with scouting. The team went 36-24 during her two seasons as part of the coaching staff, including a 20-win season in 2006-07. Six Crusaders earned All-Mid-Continent Conference recognition during those two seasons.

Prior to her time at Valparaiso, Bloodworth worked for three years on the Gannon women's basketball coaching staff. As an assistant coach, she served as the Golden Knights' recruiting coordinator. Bloodworth also helped develop guard play, coordinated team travel arrangements and assisted with scouting. She was the staff's academic monitor and the team camp coordinator for a squad which won 37 games during her final two seasons and reached the 2005 Great Lakes Intercollegiate Athletic Conference title game.

Bloodworth spent the 2000-01 and 2001-02 campaigns as an assistant coach and physical education instructor at Armstrong Atlantic State, under head coach Roger Hodge, himself a Liberty assistant coach from 1997-2000. She helped recruit a class of players which posted a 27-4 record in 2002-03, marking the best single-season turnaround in the NCAA that season (15 games) and qualifying for the postseason for the first time in school history.

Bloodworth's resume also contains a stint as an assistant coach for an Athletes in Action Fall Tour team which played exhibition games around the Midwest in 1999. She was additionally an assistant for the Lake Michigan Community College women's basketball team which placed sixth at the 2000 NJCAA Division II national championships.

Bloodworth got her start in college coaching as an assistant for the 1998-99 Ferris State women's basketball team. The team's head coach was her sister, Tracey Dorow, who went on to serve as the head women's basketball coach at Valparaiso.

Bloodworth's playing career at Calvin College included a pair of trips to the NCAA Division III regional tournament. She earned a Bachelor of Arts degree in physical education from Calvin in 1998.

Bloodworth became an aunt for the first time when Lainie Joy Dorow was born in February 2009 and now has a nephew, Baxter, as well. She resides in Lynchburg with her dog, Honey.