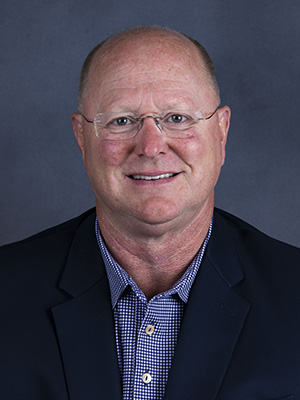 Liberty Women's Basketball Head Coach Carey Green has instilled quite a winning tradition during his tenure with the Lady Flames. His teams have averaged nearly 23 victories per year, while becoming a regular fixture in the NCAA Division I Women's Basketball Championship.

Green has accumulated a 456-184 record in 20 seasons on the Liberty bench, good for a winning percentage of .713. He currently ranks 20th among active NCAA Division I women's basketball coaches in winning percentage, just ahead of Rutgers' C. Vivian Stringer, North Carolina's Courtney Banghart and Texas A&M's Gary Blair.

Green joined additional exclusive company during the 2019 Final Four in Tampa when he was awarded the FCA Kay Yow Heart of a Coach Award. Named for the late NC State coaching icon Kay Yow, the award is presented annually by FCA to honor a basketball coach who has exemplified biblical principles over the course of his or her career.

Liberty has won the Big South Tournament title and advanced to the NCAA Tournament 14 times with Green as head coach. Liberty has totaled 24 or more victories during 11 of those years, including the 2004-05 season, which saw the Lady Flames reach the Sweet 16 for the first time in program history.

Green has been to the postseason on 28 occasions (25 NCAA, 3 WNIT) as a women's basketball coach, a span which includes a dozen years as an assistant coach at Clemson.

The 2017-18 Lady Flames enjoyed the second biggest single-season turnaround in program history, going from 13-17 to 24-10 in one year. Liberty claimed both the Big South regular-season and tournament titles during its final year as a conference member, returning to the NCAA Tournament for the first time since 2015.

Speaking of rebounding, Avery Warley wrapped up her career in 2011-12 as the leading rebounder in Liberty and Big South Conference history with 1,282 rebounds. She then became Liberty's third WNBA player, making the Phoenix Mercury's roster as an undrafted free agent.

In 2008-09, Green earned his unprecedented fifth Big South Coach of the Year award, after guiding a team decimated by ACL injuries to a 24-9 record and another Big South title.

At season's end, Green saw his second player selected in the WNBA Draft, as Megan Frazee was taken in the second round by the San Antonio Silver Stars. She then played part of her rookie season alongside 2005 Liberty alum Katie (Feenstra) Mattera in San Antonio.

In 2007-08, Green led the Lady Flames to one of the best seasons in program history. Liberty tied a school record for victories, finishing the year 28-4. Along the way, the Lady Flames captured three tournament titles—the National City Xavier Invitational, the UNLV Lady Rebel Christmas Classic and the Big South Championship.

The 2005-06 season represented one of the best coaching jobs of Green's career.  The Lady Flames had lost the top four scorers from the previous year's Sweet 16 squad to graduation.  Moreover, freshman Megan Frazee averaged 18.5 points and 9.8 rebounds per game through the first 14 games of her collegiate career, only to be lost for the remainder of the season due to injury. Yet, Liberty was still able to win 25 games, capture its 10thstraight Big South title and earn its 10th consecutive NCAA Tournament berth.

Green's efforts were recognized by both the Big South Conference and VaSID.  Both groups named Green as their women's basketball coach of the year at season's end.  It marked Green's second straight selection as VaSID Coach of the Year.

A key late-season conference victory over High Point in 2006 made Green the winningest coach in Big South Conference history. He is also Liberty's career wins leader.

The 2004-05 year was a special one on Liberty Mountain, for many reasons.  A senior-laden Lady Flames team recorded upset wins over No. 4 seed Penn State (78-70) and No. 5 seed DePaul (88-79) in the first two rounds of the NCAA Tournament, becoming just the second team ever to advance to the Sweet 16 as a No. 13 seed.  The Lady Flames ended the season with their highest national ranking to date, 21st (USA Today/ESPN).

Even with all his accolades, Green is not yet satisfied.  The native of Louisville, Tenn., knows there's work yet to be done with the Lady Flames.

"We have some tremendous challenges ahead of us and I believe the team will be up to those challenges," Green said. "I am pleased with the direction and progress of our program but of course, I, as well as the team, have higher aspirations, goals and expectations."

Green's track record shows he has the ability to meet those challenges. The Lady Flames have recorded two wins apiece over Penn State, UNLV, Virginia and West Virginia and solo victories over No. 19 DePaul, No. 17 Kansas State, Virginia Tech and Wake Forest during Green's tenure. The upset victory over No. 25 Virginia in 2002 marked Liberty's first win over a Top 25 team.

When Green came to Liberty, he was faced with a daunting task in his first year as a Division I head coach. Taking over the reins of a program with three consecutive conference crowns in its trophy case, Green's role became the hunted rather than the hunter. Beginning with his arrival on June 8, 1999, Green took on the role as the favorite and accomplished what no Big South Conference school had ever done, taking Liberty to its fourth consecutive NCAA Tournament.

Green arrived at Liberty after spending 12 years as an assistant at Clemson. While with the Tigers, Green participated in 11 NCAA Tournaments, making four Sweet 16 appearances and one trip to the Elite Eight, in 1991.

The Tigers were ranked in the Top 25 during 10 of his 12 years and averaged 22 wins per season. Green had an immediate impact in his first season, as he helped guide Clemson to the ACC's best turnaround in league history.  The Tigers posted a 21-7 record in 1988 after a 7-21 record the previous season.

Clemson made five appearances in the ACC Tournament championship game with Green's assistance, winning the title during the 1995-96 and 1998-99 seasons. He helped coach 15 all-conference players, four Kodak All-District performers and one Kodak All-American. Clemson also recorded 45 wins over Top 25 programs during the 12 seasons Green was stationed at "Death Valley."

Prior to his days at Clemson, Green was the head men's and women's basketball coach at Jackson State Community College in Jackson, Tenn., for three seasons. In 1986, he was named the Tennessee Junior College Athletic Association Coach of the Year.

"The reason we are here at Liberty is to develop not only a winning tradition at the national level, but champions in all areas of life," Green remarked.  "I am so excited to observe our players' development and achievements.  I am thrilled our team's GPA regularly ranks among the nation's leaders. This is evidence of our goal to have a ‘whole program,' neglecting no area of our players' development.

"My personal goal is a ‘50-year program,' one that develops women of excellence who impact the world for the next 50 years," continued Green.  "It's exciting because our entire Liberty family assists me with that same goal.  The university is growing, as is our basketball program, and I am excited to be here during this growth period.

"I hope to fulfill the dream and the vision that both Dr. Falwell and our current administration have shared with me," Green summarized. "They want our university to be THE Division I NCAA Christian University everyone looks toward in the United States. In my opinion, that means we need to be a Top 20 team. In order to do that, I believe we need to continue to find the many quality student-athletes who are out there playing and bring them to our campus. Once they visit our campus, they will experience the excitement and enthusiasm here at Liberty University."

Green and his wife, Denise, reside in the Lynchburg area and have two children, Angie and Brian. Angie is a physical therapist and is married to Jason Grunkemeyer, a men's basketball associate head coach at Ball State. The couple has three children, Joshua, Nathan and Evelyn.

Brian is a project manager at Fluor Corporation, in Greenville, S.C., and his wife, Susan, is a pharmacist for CVS. They have two sons, Connor and Bryson.