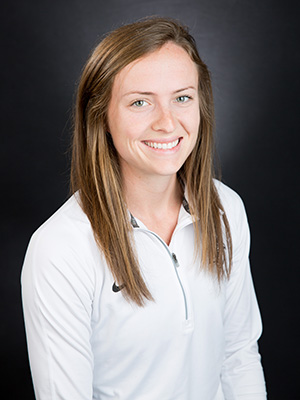 Nina Dunay joined the Liberty lacrosse coaching staff as an assistant coach in September of 2015 after a distinguished five-year playing career (2011-15) for the Lady Flames.

Since joining the staff, Dunay has coached 19 Big South All-Conference selections and two Big South Freshman of the Year Honorees (Kayla Foster in 2016 and Carly White in 2017).

In 2018, the Lady Flames had a historic season with Dunay on staff, posting a 13-5 overall record and 6-1 mark in the Big South. The 13 overall wins and six conference wins were both program records. Additionally, Liberty reached as high No. 37 (out of 115 DI teams) in the NCAA Women's Lacrosse RPI, the best mark in program history, and closed the year in the No. 38 slot. The Lady Flames also defeated several schools for the first time in program history, including: Arizona State (first-ever win over a Power-5 conference school), East Carolina, Mercer, Old Dominion, Robert Morris and William & Mary. Liberty earned the No. 2 seed for the Big South Women's Lacrosse Championship and received its first-ever bye into the semifinals.

The historic season also saw Liberty finish No. 1 in the nation in caused turnovers per game (14.28), No. 2 in ground balls per game (23.78), No. 4 in shots per game (36.11), No. 9 in shots on goal per game (25.94), No. 17 in scoring defense (9.78) and No. 20 in scoring margin (3.67). Liberty matched a program record with seven Big South All-Conference selections. Additionally, 10 Lady Flames were named either the Big South Offensive or Defensive Player of the Week or Freshman of the Week during the course of the season (also a program record), led by Brianna McCaffrey, a four-time Defensive Player of the Week.

She graduated from Liberty in 2015 with a bachelor's degree in sport management. She earned her master's degree in executive leadership in 2016.