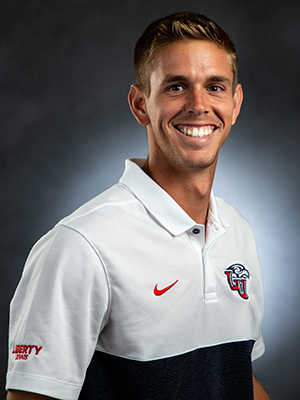 "We are honored to have Trevor join our staff. He is a great communicator, culture builder and hard worker," Schwandt stated. "He has strong passion for tennis and for team. He will make us stronger in every aspect of our team's core values: discipline, unity, passion humility and servanthood. Trevor was a leader for that Mississippi State, and he will have a tremendous impact on the Flames."

Individually, Foshey earned the 2019 ITA Most Improved Senior Award for the Southern section. The St. Cloud, Fla., native reached as high as No. 7 in the nation in doubles and No. 93 in the country in singles. He won 75 doubles matches and 64 singles matches over his four-year career with the Bulldogs, including a combined 46 victories (25 singles, 21 doubles) as a senior.

"The opportunity to join the men's tennis program here at Liberty is a huge blessing for me. I have been eager to get into college coaching since I entered college myself, and now I have that ability and can't thank Derek and the rest of the Liberty administration enough," Foshey said. "I can't wait to start this journey with the Flames family."

Foshey graduated from Mississippi State in May with a bachelor's degree in kinesiology and a 3.8 GPA.