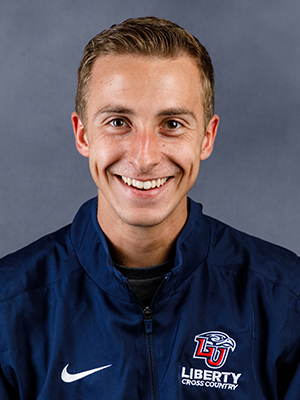 2019 Cross Country (R-Jr.)
• Excelled during his first season as a Flame, earning first team All-ASUN honors with a fourth-place conference finish
• Served as Liberty's No. 2 runner all season, including at the NCAA Division I Southeast Regional Championships where he came in 58th overall
• Posted three top-10 finishes on the year, also including a runner-up showing at the FGCU Invitational and a fourth-place effort at the Liberty Challenge
• Clocked an 8K personal-best time of 24:30.3 at the Pre-National Invitational