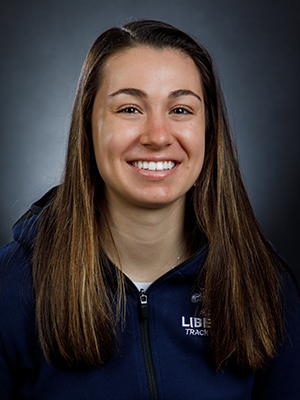 2018 Outdoor Track & Field (So.)
• Made a spectacular Liberty debut, winning the CSU Spring Break Invitational javelin at 156-4, a mark which ranks No. 2 in program history
• The performance at CSU earned Big South Women's Field Athlete of the Week honors on March 21 and punched her ticket to the NCAA Division I East Preliminary Round meet
• Due to injury, was only able to throw at one more meet after CSU, placing 14th in Section A of the Texas Relays javelin