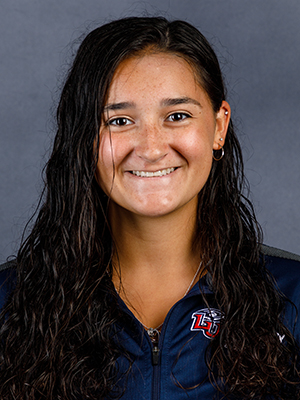 Prep
• Graduated from Christian Heritage School, where she competed as a junior and senior
• Attended Oxford High School for first two years
• Two-time All-NVL
• Holds six and 11-dive records at both Oxford and Christian Heritage
• Class S State Champion as a sophomore
• Two-time NEPSSA Division 2 and 3 Champion 2018 and 2019)
• 2019 Grace Robertson Award (given to the most outstanding female swimmer or diver who demonstrates good character, sportsmanship and has the greatest contribution to the league), chosen by the league's coaches
• In club diving, competed for Dive Haven