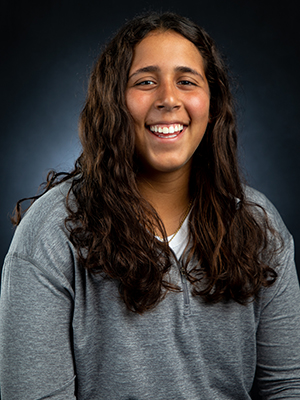 Prep
• Graduate of Colegio Villa Caritas
• Ranked as high as No. 3 in the Peruvian national rankings
• Received a personal-best ITF ranking of No. 612
• Four-time Interscholastic champion
• Reached as high as 10.43 in the UTR
• Reached semifinals in both ITF singles and doubles tournaments in Lima, Peru, in May 2018
• Qualified for singles semifinals at ITF event in Guayaquil, Ecuador in Nov. 2017
• Made doubles final at an ITF tournament in San Felipe, Chile, Aug. 2017