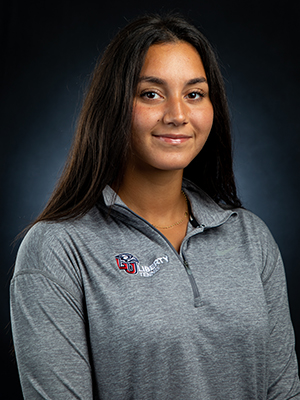 2018-19 (So.)
• Captured eight doubles victories on the season, with five coming in the fall and three in the spring
• Posted a 5-2 doubles mark in the fall with partner Alexandra Almborg and a 6-2 record with Almborg on the year
• Teamed with Almborg to win at No. 2 doubles by a 6-4 score over William & Mary's Mila Saric and Natalia Perry, April 8
• Held a 3-3 mark in doubles in the spring, including a 1-0 record in the No. 1 slot and a 2-3 record in the No. 2 slot
• Won two singles matches on the year, both in the fall season

2017-18 (Fr.)
• Won three singles matches on the year
• Claimed the first singles match of her college career on Sept. 17 at the season-opening South Carolina Invitational, a three-set triumph (6-3, 3-6, 21-19) over Mercer's Christie Cesarini
• Emerged victorious in her only singles match of the spring, a 6-1, 6-2 triumph over Roanoke's Janny Alvarado
• Posted two doubles wins on the year, both coming in the spring
• Captured the first doubles victory of her college career on March 31 versus Roanoke alongside partner Evangeline Crist
• Picked up her other doubles victory with Grace Hashiguchi as her partner on April 8 at home against Hampton

Prep
• Graduate of IMG Academy
• Grew up playing tennis in the Kingdom of Saudi Arabia
• Won numerous titles in the Kingdom of Saudi Arabia and Bahrain junior tournaments
• Played ATFs and ITFs in the Middle East, Asia and Africa
• Earned No. 23 ranking in Asia juniors circuit
• Competed in the Eastern section in the USTA juniors
• Spent time training at the IMG Academy in Bradenton, Fla.

Personal
• Daughter of Fadi and Radmila Ghajar
• Majoring in pre-law
• Birthday is Dec. 5