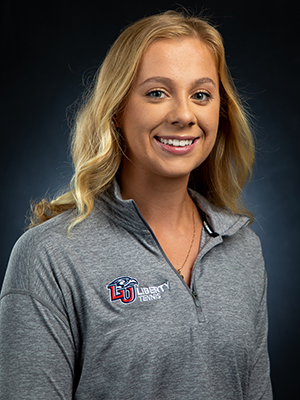 2018-19 (Fr.)
• Honored on ASUN All-Freshmen team
• Garnered inclusion on ASUN Academic Honor Roll
• Claimed 11 singles match on the year, with seven of those coming in the spring
• Posted a 4-1 mark in the No. 4 singles position and won three straight matches in that spot in the lineup, March 14-24
• Won 10 doubles matches on the season, with seven of those coming in the fall and three in spring
• Held a perfect 3-0 mark in spring doubles bouts, going 2-0 with Kalani Soli as her partner and 1-0 with Lara Soares
• Finished the spring on a four-match doubles winning streak

Prep
• Graduate of Bastad Academy
• Achieved as high as a 10.12 UTR rating (2017)
• Won many Swedish national tournaments and has been one of the top-ranked junior players in Sweden since age 13
• Reached as high as No. 2 in the Swedish national rankings while winning three gold medals at the Swedish Team National Championships.
• Made the quarterfinals at the ITF Nottingham tournament and the ITF Copenhagen tournament