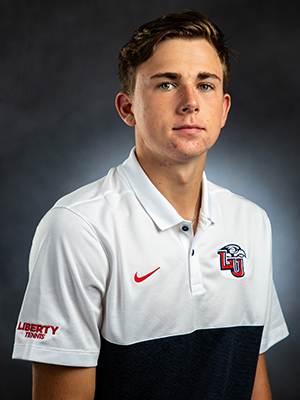 2018-19 (Fr.)
• Honored as ITA Scholar Athlete
• Garnered inclusion on ASUN Academic Honor Roll
• Joined Flames starting in spring semester
• Won 11 doubles matches in the spring, all with partner Vince Salas
• Held a 10-6 record at No. 3 doubles, a 1-0 mark at No. 2 doubles and a 4-3 mark in ASUN doubles  alongside Salas
• Won first five doubles matches with Salas as his partner
• Collected four singles victories in the spring, one in the ASUN

Prep
• Graduate of Schadow-Gymnasium Berlin
• Ranked among the top-20 German players at the U18 and U17 levels
• Holds a No. 254 German tennis ranking
• Finished as the singles runner-up at the Berlin U18 Championship
• Reached the doubles quarterfinals at the German U18 Championship
• Garnered a U16 Tennis Europe ranking of 170
• Captured singles and doubles titles at the U16 Tennis Europe Denmark tournament
• Earned No. 8 ranking in Germany at U14 level and reached the quarterfinals in the singles division of the German Championship