Just one day before Senior Day 2010 at the Vines Center, Liberty Volleyball Head Coach Shane Pinder has announced three additions to his team's 2011 roster. Caroline Douglas, Ansley Gebben and Melissa Racz have all signed national letters of intent to attend Liberty University for the 2011-12 academic year.

"As a staff, we feel this may be one of the strongest classes we have recruited during our time here," Pinder said. "The greatest thing about all three of them is their passion to play for God and for Liberty. We feel with these three additions, the future is bright for the Liberty volleyball program." 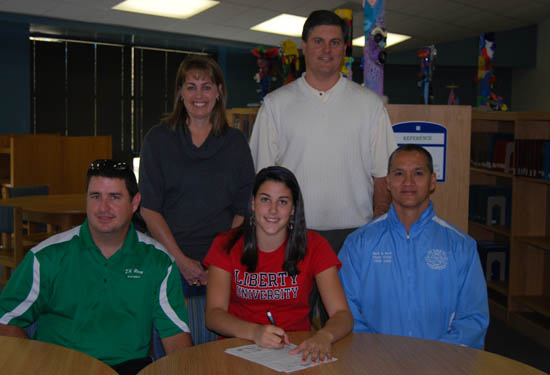 Douglas, a 6-0 middle hitter from Greenville, N.C., comes to Liberty from J.H. Rose High School, where she helped the Rampants claim two 4A state championships and four Coastal Conference crowns. She was tabbed the 2008 Coastal Conference Player of the Year as a sophomore, and was a Prep Volleyball High School All-American in 2008.

Douglas has also competed for the East Carolina Junior Volleyball Club since 2005, and was part of the 2008 squad that won the bronze medal at the Junior Olympics Nationals 16s in the American Division.

"Caroline is a very talented athlete who can play all three positions at the net," commented Pinder. "She is an explosive attacker who has great vision, and she has been the go-to player for every team she has played for. She is a playmaker, and I feel she has the ability to come in and compete for a position as a middle blocker or outside hitter."

"As Caroline's high school coach for the past three years, I was blessed to have an athlete with the physical attributes of an elite player," said J.H. Rose Coach Norman Cabacar. "But what stands out the most to me is Caroline's determination and big heart. I am very pleased that she has found a home, and I know she is very excited to play for Liberty." 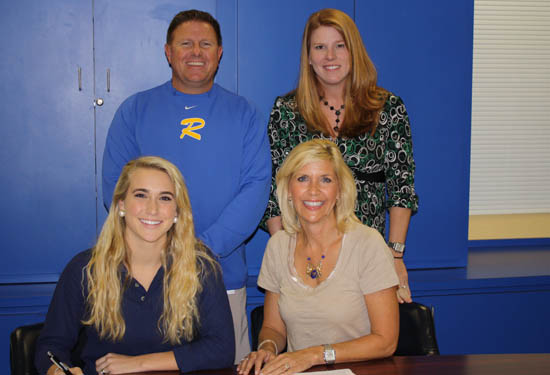 Ansley Gebben, a 5-10 outside hitter and defensive specialist, will round out a trio of Lady Flames from the Sunshine State, joining Loren Thomas (Ocoee, Fla.) and Kaylee Groeneveld (Ft. Lauderdale, Fla.) in 2011.
Gebben has been part of a two-time FHSAA 2A state champion volleyball team at The First Academy, and was among the Nation's Best as chosen by PREP Volleyball. She is also an exceptional track athlete, and is a three-time state champion in the 300 hurdles.

"Ansley is a very versatile athlete with an all-around game who will come in and compete for an outside hitting position," stated Pinder. "She brings great energy and athleticism to our team, and she has been in a lot of big moments during her high school career, and delivered. We love her leadership, competitive drive and desire to win."

"Ansley is much more than another great volleyball player… she is a phenomenal volleyball player whose sole purpose is to bring honor and glory to Christ," added The First Academy volleyball coach Michele Moreman. "Her career records and state championships are a testament to what God can do through a player when they honor Him." 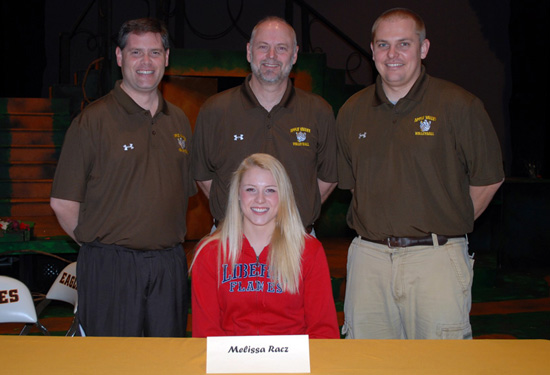 Melissa Racz is a 6-1 outside hitter from Apple Valley, Minn. She becomes the fourth Lady Flame ever to hail from the North Star State, and the first since Patti Lunn (Windom, Minn.) in 1984.

Racz also competes for the Northern Lights Juniors Club team, which finished second at the 2010 U.S. Junior National Championships in the 17 National Division.

"Melissa is much like Caroline in that she could probably play all three positions at the net," Pinder said. "She has primarily played middle and outside hitter, and she is a very determined athlete who is not afraid of hard work. Melissa is a well-trained player who will bring good size, speed and physical play to our offense, and we look for her to compete in multiple positions. "

"Melissa ranks in the top 10 in almost all of Apple Valley High School's offensive and blocking statistics, " commented Apple Valley coach Gordy Hagert, "but this isn't the true measure of her impact on our program. Melissa has been an outstanding leader and role model, and her work ethic and determination served as an example to players throughout our program."

The 2010 Liberty squad is 22-8 overall and is currently first in the Big South Conference standings at 13-2. The five-time Big South champions will wrap up the 2010 regular season Saturday at 2 p.m. in the Vines Center, hosting the Bulldogs of UNC Asheville. Saturday also marks Senior Day, and this year's lone senior Karyl Bacon will be honored on the court prior to the match.

The 2010 Big South Volleyball Championships are scheduled for Nov. 18-20 in Rock Hill, S.C.